We all spend a lot of time at home this year. So it is not wrong to look for new, entertaining activities. Otto Balkenbogen introduces some interesting card games here in sisterMAG, which may become your next favourite pastime.

… when stuck at home, then with drive, action and excitement – we want to play!

Great idea, and my advice is to start with the well-known »Mensch, ärgere Dich nicht« because it fits the general mood. And in particular, we learn to lose from the start, to reduce stress, to stay in a good mood. We want to keep things nice at home…

Did you know that this board game has existed since 1910? It’s suitable for two to six people, can be played in several variations and there are even German and international single and team championships for »Mensch ärgere Dich nicht«! In this game, it’s important to roll a six and to oust the counterparty from their place to the starting position. But everybody knows that, I guess.

Sure, playing is fun, you are in company and get distracted from the stress of everyday life. Skat, Sixty-Six, Rummy or Doppelkopf are popular variants. I have added some game suggestions, maybe you can try them out. Have fun with them!

The objective is to reach 21 points with two or more cards or to get as close to them as possible. The attraction is to make the right decision of whether to take another card or not. The player who has the most points without exceeding the maximum of 21 points wins.

Following the rules, you can play with 52 French cards, but 32 German cards are possible as well. In both decks of cards, the values are the same:

Before the game starts, it’s determined who is the banker and deals the cards. After shuffling the cards, they determine the stake, followed by the other players. Their stakes must not be higher than the banker’s.

Now the banker deals the cards: two face-down cards for every player, one face-down card for themselves. The remaining cards stay face down in the middle of the table.

Important: Every player looks at their cards now and checks if they are already as close to 21 as they want them to be.

The player on the left of the banker says first whether they want another card or not. If their score is already enough, they must reveal their hand. If the score is over 21, they lose immediately. If they are satisfied, it’s the next one’s turn. When all players have made their decisions, the banker draws their second card. Both they and the players can ask to draw more cards but must not exceed 21. Otherwise, they lose and their stakes go to the bank. If the banker exceeds 21, all remaining players win and get their stakes as profit on top. If the banker gets 21 or less, the players who have more points than them without exceeding the maximum of 21 points win.

If a player believes on the basis of their two cards that they can beat the banker in any case, they say »bank« and set their stake as high as the total stake. They reveal their cards. However, if the score of the player is the same as the one of the banker, the bank wins.

Like this version, there are several rule variations that you can use individually.

This game came from America in 1909 and is a variation of Rummy.

The players use a French deck of cards with 52 cards. You can also use two packs of cards like for Rummy. Two players play the game.

The tens and the picture cards count for ten points each,

the numerals 2 to 9 according to their values.

After shuffling, every player gets ten cards. One card from the remaining pile is placed face up, the rest face down.

The drawing and laying-off in order to collect can begin! The player who didn’t deal the cards starts.

The cards in one player’s hand that don’t fit into any combination should have a low value. If this value is ten or lower, this player can (but doesn’t have to) knock. This means that they put their cards face up on the table. The other player can lay-off matching cards from their hands on these cards. The game ends.

The values of the cards that don’t match are counted and set off against each other. The one who knocked gets positive points if the value of their »bad« cards is lower than the other player’s. The difference counts for them. If, in the opposite case, the value of the not-matching cards of the player who didn’t knock is lower than the knocking player’s, the player who didn’t knock gets a bonus of ten points on top of the difference.

If the knocking player puts a hand on the table where all cards fit into groups or sequences, i.e. the value of the not-matching cards is zero, this luck is called gin. Usually you play several games and settle up in the end.

In old times, the winner recieved bottles of rum or gin, which isn’t forbidden nowadays!

This card game has been around since the 18th century and was mainly played in Austria-Hungary.

Every player tries to take as many tricks as possible. It’s not a fast game since thinking, calculating, maybe even negotiating are part of it. You play for tokens, but if you want, you can also play for money. I recommend cents.

The game is suitable for three players and is played with a French deck of cards with 52 cards.

Hearts has the highest value, the order is clubs-spades-diamonds-hearts.

The dealer is drawn by lot or determined by card drawing. The player with the highest card deals the cards.

Attention!  In the game of Preference, the suit has priority over the rank of a card, e.g. an eight of hearts is higher than an ace of spades.

The dealer gets the stake (ten tokens or ten cents) ready. After shuffling and picking up, every player gets three cards and four more after two cards are put face down on the table (talon). Lastly, everyone gets three more cards.

Then every player checks their cards and decides if they want to play. The requirement is that they can take six tricks. Otherwise they only play if they can take at least two tricks.

Determination of the soloist, the »declarer« by bidding

The soloist (declarer) will be the one who bids the highest. They may take the two cards facing down and discard two less good ones. Then they determine the trump suit that must match at least the highest bid. The two other players then say if they want to follow suit or »stay home«. The latter lay-off their cards face down. If both of them stay home, the soloist wins the whole stake. A new turn starts with the new dealer who sits clockwise next to the first dealer.

A game »from the hand« is possible as well. The two hidden cards stay put. The player announces the »deal«. If more than one claim »from the hand«, the one with the highest suit becomes the soloist.

If both or only one of the other players follows suit, the game is played clockwise. The soloist plays and the tricks are taken. The other players must either trump or follow suit. After that, the player who took the last trick plays.

There is a suit and trump compulsion according to the following scheme:

In order to win the game, the declarer has to take at least six tricks, the other players need two tricks in order to not fall.

If hearts is the trump suit, the game is called Preference and is declared that way. If the soloist (declarer) wins, the other players have to give them five tokens, if the soloist loses, they have to pay five tokens to the others and have to double the stakes in the next turn.

Next to »preference«, this game offers several interesting special rules.

Cego is a variation of Tarock. This form is particularly at home in the Black Forest where the farmers play Cego on lonely winter evenings – just the right thing for our current »stay at home«. It is not an easy game.

By bidding and increasing in a prescribed and very personal manner, the solo player is determined by who wins against the three other players.

The game is usually intended for four players but is also possible with three. It needs a special deck of cards that consists of 54 cards in the design of French Tarock.

The cards consist of

With four players, all 54 cards are used. With three players, the four of diamonds, the seven of clubs and the seven of spades are removed and 51 cards remain.

Dealing the cards (for four players):

First the players check their cards and decide if they can play a solo.

A solo is possible:

If no solo is called, the solo player is determined by increasing.

The solo player doesn’t play with their hand cards but with the ten »blinds«. They complete them with cards (see below) from their hand. They are added to the points of the solo player in the end.

This is what the player sitting to the right of the dealer says. They first take a turn. They go on playing with the »blind« they completed with two cards from their hand (the highest trucks they have) and which the player doesn’t show to the others. If the bidding doesn’t continue, the player puts any cards to the discarded hand cards so they have ten cards again.

The one who bid the highest may play. They can even take a higher game (e.g. won »one card« and can continue with »two blanks«, why? See score above!)

As given under steps one to six, they exchange their hand cards accordingly. Then they release the game and play first.

The following rules apply in the game:

Now the one who took the last trick plays.

The solo player adds the discarded hand card to their tricks.

The score can take place in groups of two or three, it’s easier with simple addition of the values.

The values are determined by the bidding:

If the bid was against a solo, it is increased by one level.

Supplemental and individual special rules are available here as well. 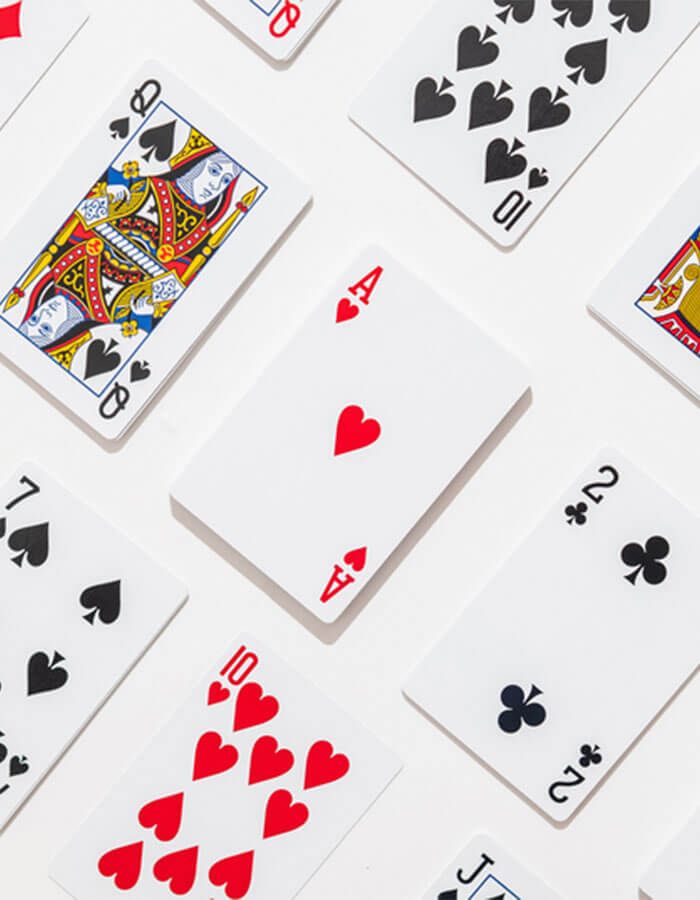 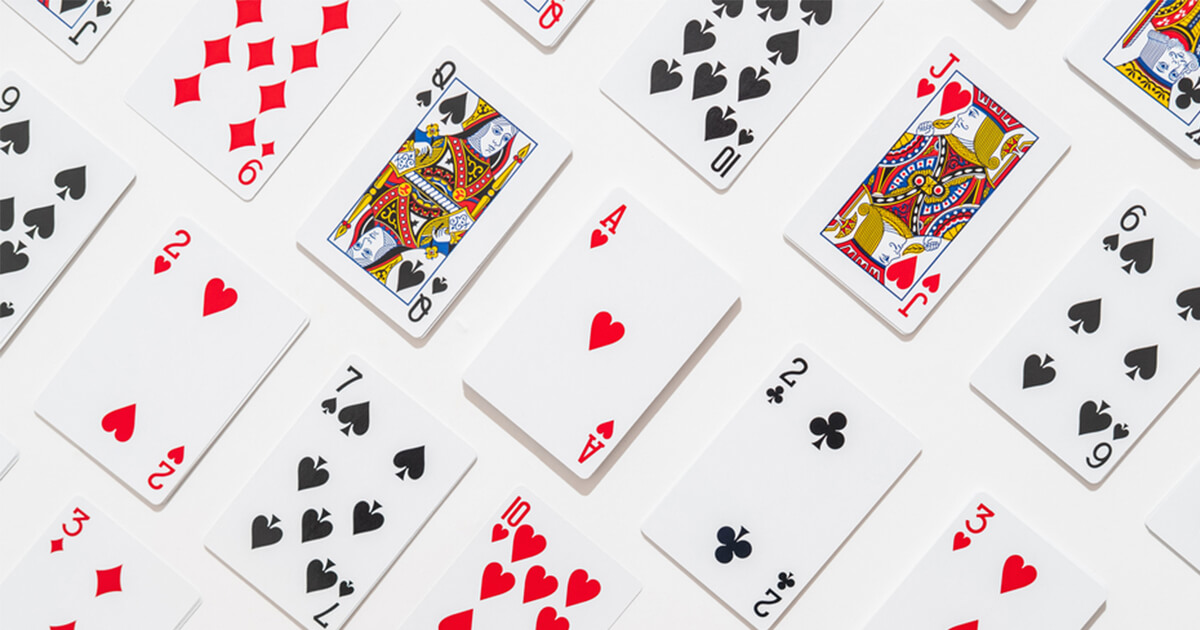