A short story of the coffeemaker

Learn here in sisterMAG from author Alexander Kords how the different types of the coffeemaker have evolved over time and how coffee enjoyment has become increasingly easier.

A short story of the coffeemaker

Coffeemakers make brewing coffee especially easy. As you know, there are different kinds of these machines. In our article, we describe when and how they were developed. We also give some tips on which coffeemaker is best suited for whom.

Coffeemakers are a fine thing. They make brewing coffee really easy and let us get the stimulating hot drink quicker. Find out here how the different kinds of coffeemakers were developed. y of the coffeemaker.

The filter coffeemaker is born

However, it wasn’t Thompson who built the first machine that makes coffee this way. It was the Parisian smith Joseph-Henry-Marie Laurens in 1819. For more than 130 years, his percolator was the only device that took over the task of making coffee at home. Only in 1954, the German business-man Gottlob Widmann patented the world’s first filter coffeemaker – and made brewing coffee as easy as never before. Widmann’s machine also heated the water, which was then poured over coffee powder contained in a filter. The ready-made coffee trickled out of the filter into a jug usually made of glass. The jug stood on a heated metal plate that kept the coffee warm.

A coffeemaker as internet pioneer

Widmann launched the first machines with the name FK-1; soon after, the product was renamed to Wigomat. Other companies reacted quickly and developed similar devices. Our partner Krups also recognized the potential of filter coffeemakers. In 1956, the company put an electric coffee grinder on the market that sold more than one million times in the first year. In 1961, Krups launched its first coffee maker named Onko. Preparing delicious coffee became an important business area for the company and the range of machines was constantly growing. Funny enough, a Krups coffeemaker even made internet history. In 1991, scientists of the University of Cambridge pointed a camera at a coffeemaker and had it take photos regularly. The pictures were transferred to the computers in the PC lab via the internal network. The reason for that: The employees no longer felt like walking to the coffeemaker to check if there was coffee in the jug. Thanks to the camera, a look at the screen was enough. When internet browsers were able to display images in 1993, the signal was also sent to them – the world’s first webcam was born. Only in August 2001, the camera and the Krups coffeemaker were taken out of service. The latter is now on display in the Heinz Nixdorf MuseumsForum in Paderborn.

Coffee from a capsule

In 1991, Krups entered a collaboration with Nestlé that had a serious impact. The companies launched Nespresso, the first capsule coffeemaker in the world. The now widely used principle was a sensation back then. The user just had to insert a capsule into the machine that was filled with just the right amount of coffee powder. Then they pressed a button – and the hot drink flowed into the cup. This system also found imitators and was launched in a similar form by several companies in the 1990s and 2000s.

With high pressure  through coffee powder

Next to the percolator, the filter and capsule coffeemaker, there is another popular device for making coffee: the espresso machine. It uses high pressure to push hot water through compressed coffee powder. This also creates the characteristic foam that is also known as crema. The Italian Angelo Moriondo patented the first espresso machine in 1884. Although he continued to develop his invention and had the patent renewed regularly, Moriondo was not aiming for serial production. Instead, he manufactured some machines himself and placed them in hotels and bars he owned. Only in 1905, the businessman Desiderio Pavoni started to produw1933, the Hungary-born Francesco Illy developed a machine that pushed water steam instead of water through the coffee powder. Today, espresso machines are mainly found in cafés and restaurants but there are also devices for domestic use. A special kind is a fully automatic coffeemaker that promises a particularly convenient coffee enjoyment. It not only makes the coffee automatically but also grinds the beans beforehand.

The choice of coffeemaker depends on your own preferences. However, we would like to make a few suggestions. Most likely, the classic filter coffeemaker will bring back memories of cosy Sunday afternoons with coffee and cake for most people. Operating the machine is quite easy, but the finished drink is not really suitable to make coffee connoisseurs happy. However, filter coffee is definitely suitable for the caffeine kick in the morning. If you like variety, you get your money’s worth with a capsule coffeemaker. The capsules are available with powder in different flavours. A lungo today, a ristretto tomorrow and a vanilla-flavoured coffee the day after? No problem with a capsule machine!

If you know a lot about making coffee and want to control the procedure, you can purchase an espresso machine. With it, the grinding degree of the coffee powder plays an important role, as well as the pressure used to press the powder and to push the steam through it. Experts are able to always elicit new taste nuances from the ingredients. The same applies to the percolator, which allows you to experiment with the degree of grinding and the temperature of the water. However, a rather strong espresso is not for everyone. In contrast, a fully automatic coffeemaker is extremely convenient. Some models even foam milk and therefore leave no coffee wishes unfulfilled. 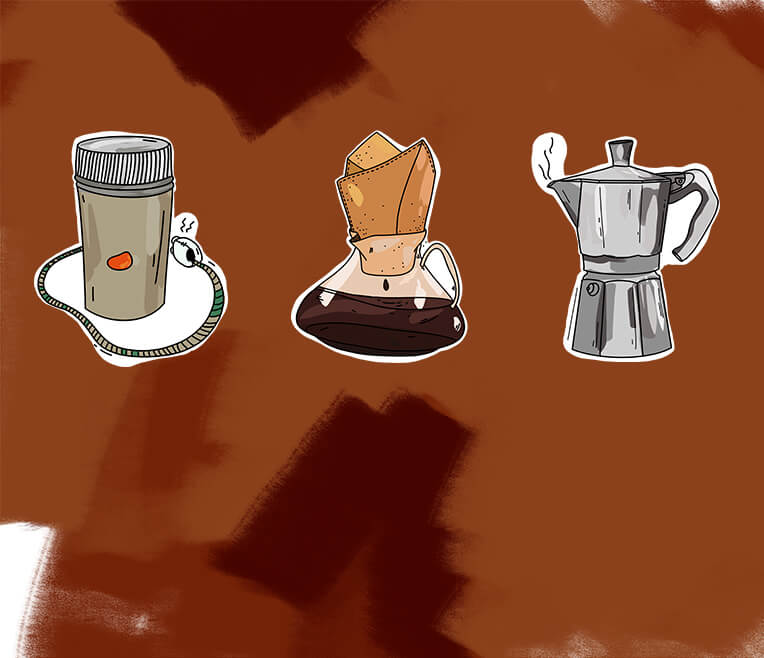 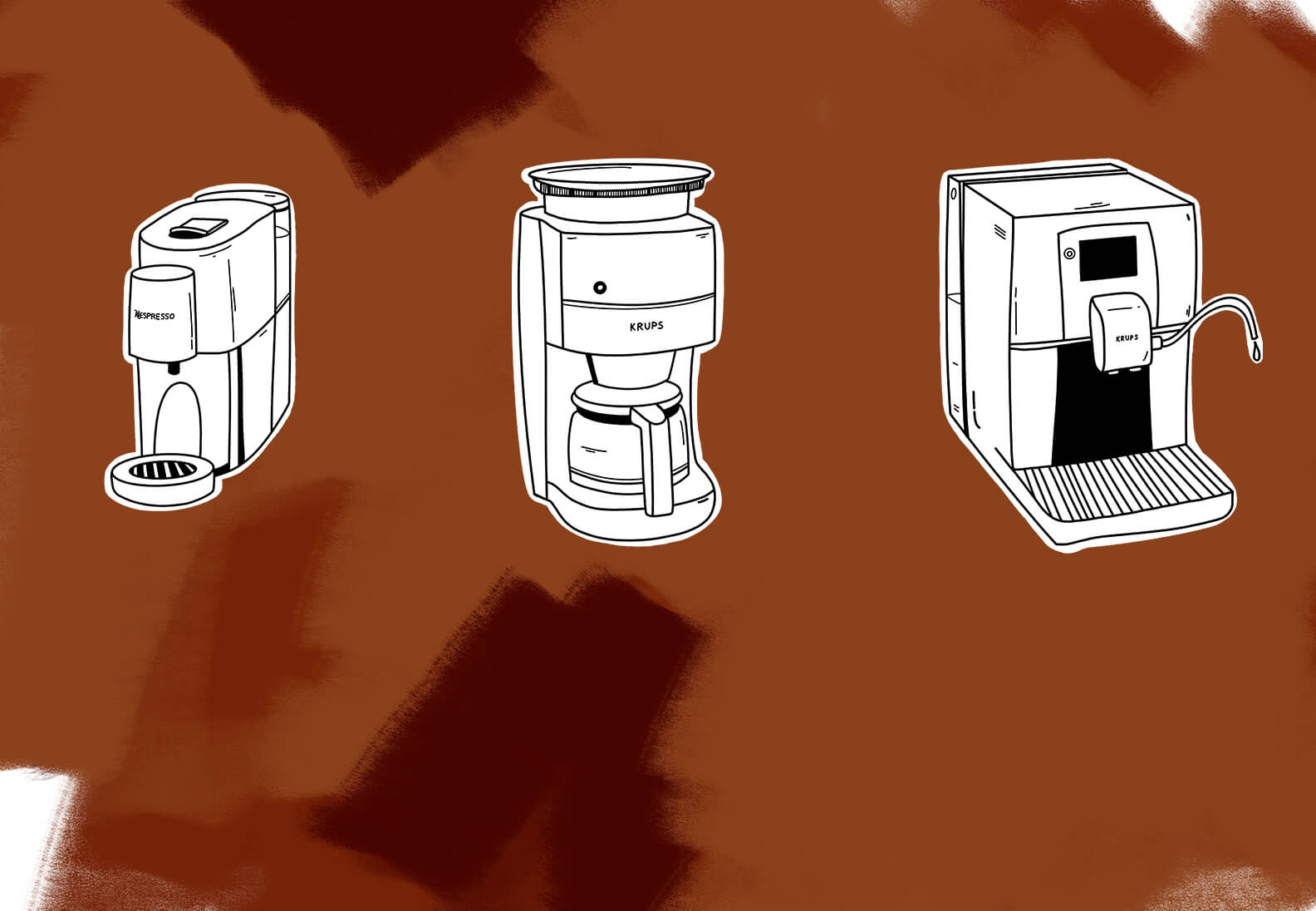 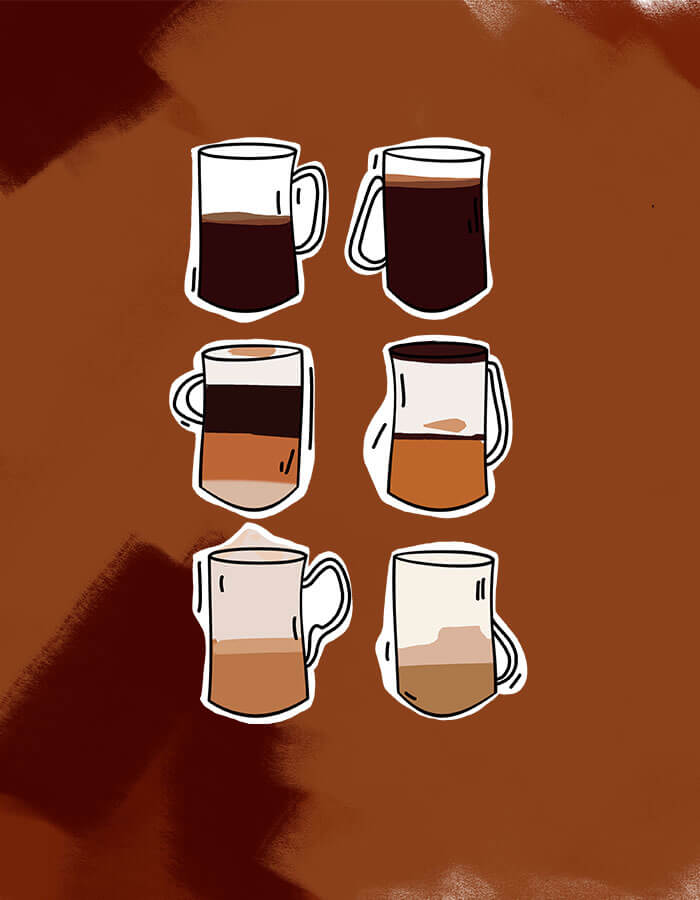 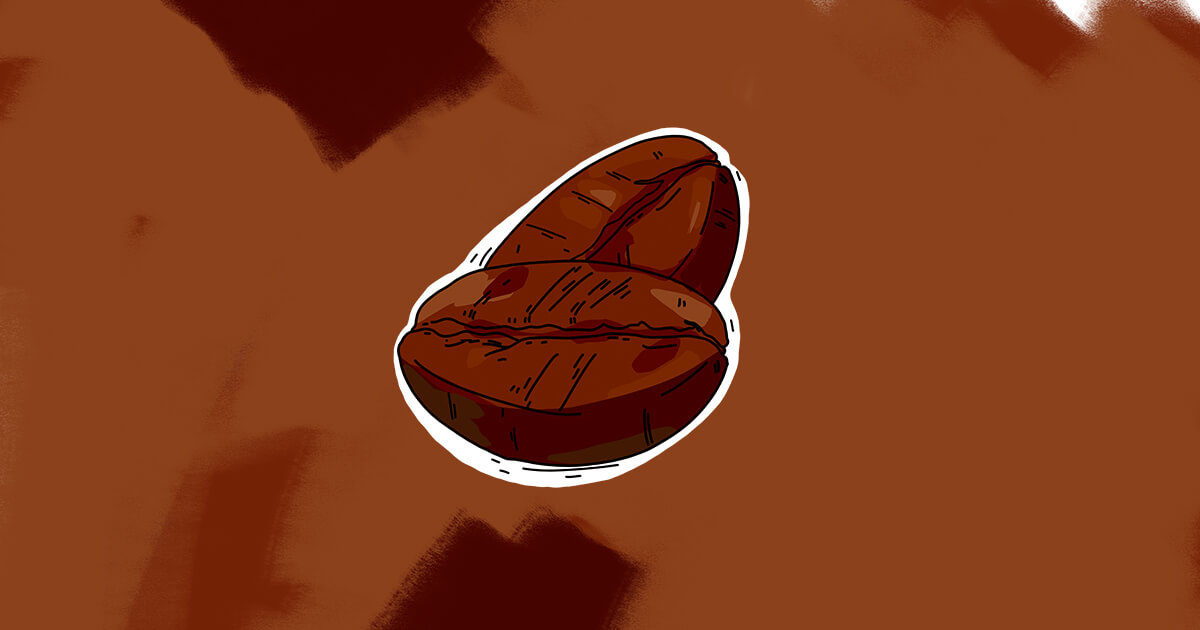