In our section »Startup Spotlight« we regularly introduce you to interesting startups and founders. In this sisterMAG issue, it gets particularly exciting because as we interview the founders of »Fuckup Nights«. What do you actually do when things go wrong business-wise? What to do when you fail? Get to know »Fuckup Nights«, which deal with the topic of failure.

1. Please introduce yourselves briefly. Who are you and what do you do?

For the past five years, Ralf and I have been organising the Fuckup Nights Berlin at two-month intervals. In our management training courses, we advise companies on implementing a failure culture.

The Fun (short for Fuckup Night) is a public event (200 to 400 listeners and visitors) where entrepreneurs talk about their economic failures and their consequences. The event always takes place at different locations, from companies, co-working spaces to a catholic church. We always try to establish a close contextual cooperation with our hosts.

3. Where does the format of the Fuckup Night come from? And how long does it exist in Germany?

The format was invented in Mexico City in 2014. One year later, it came to Europe and Germany.

4. How did you come to introduce the »Fuckup Night« in Germany?

I was invited to be a speaker at the second Fuckup Night ever in Düsseldorf. Spiegel Online wrote an article about my speech, so it was logical to arrange the Fuckup Night in Berlin with friends.

5. What is the goal of this events series?

Form the beginning, it was our goal to make the taboo subject of »failure« presentable to the public and to recharge it.

Initially, people laughed at the topic and said: »The artists of Prenzlauer Berg make themselves heroes for failing.« But then the tide turned – at latest when we became the lead story in the business section of »Die Zeit« and it was talk that the typical German characteristic of not admitting to mistakes hampers the macroeconomic development, prevents innovation and bans failed people from productive processes through a social stigma.

6. Which »fuckups« is being talked about? And who can contact you with a personal »fuckup«?

Basically, every entrepreneur or employee who failed with a company or a project and wants to talk about it. It’s less about the drop height but more about the reflection of failure.

7. Who finds it easier to admit »fuckups« – women or men?

We can see only a few differences and refer to a share of women of about 40%. It’s also great that 60% of our audience is female and also participates actively in the discussions. After five years, we can definitely say that the empathic capacity and the level of reflection that are basic requirements for a new failure culture are female strengths.

8. What did working with failed projects do to you?

I think it changed our lives as such. We forgive ourselves more. With our role as organisers of the Fuckup Night, we often conduct fascinating conversations with strangers because many people forego the nonsense of »my house, my wife/husband, my car« with us. Instead, we talk from the outset about what really concerns people. By the way, it’s still very hard to talk about our failures in our company. 20 years of false school and education system and 20 years of professional life have left deep traces in us. But we keep forcing ourselves.

9. What is failure for you?

This question cannot be answered quickly and briefly.

For me personally, the biggest failure is not to tackle certain goals or ideas due to the fear of failure or negative reactions.

For me, failing with an idea you did everything for and you burned for is a process we learn from.

10. Tell us about a »fuckup story« that particularly inspires you.

With more than 120 fuckup stories of very different shapes, it’s always difficult to highlight the most inspiring story.

A 23-year-old start-upper failed in an interesting way: He collected 1.6 million € for an app and then became totally paranoid and didn’t want to talk to anybody about is (not even to his girlfriend) because he was afraid someone could steal his idea. This way, he was so slow that another company developed his idea and launched it. The story was very absurd and one had the feeling that his energetic young entrepreneur was a little bit crazy.

He concluded by announcing that he would soon (this was 2016) tackle the banking system and earned a lot of laughs for that.

Soon after, he founded the online bank Penta which, together with N26, is now the most successful »new« bank in Germany.

11. In Europe, the share of start-ups is considerably lower that in North America. What do you think could be the reason for that?

First of all, this has to do with the founder mentality – but also with the system, of course: the German insolvency law (from the 19th century), the educational system, Schufa (a credit investigation company), banks and service providers.

We only hit blockades everywhere.

We had speakers who went bankrupt with a company at a young age and now are managing directors of a DAX company but still don’t get a private cell phone contract or a credit card. That’s just absurd.

12. In which German cities do »Fuckup Nights« regularly take place? 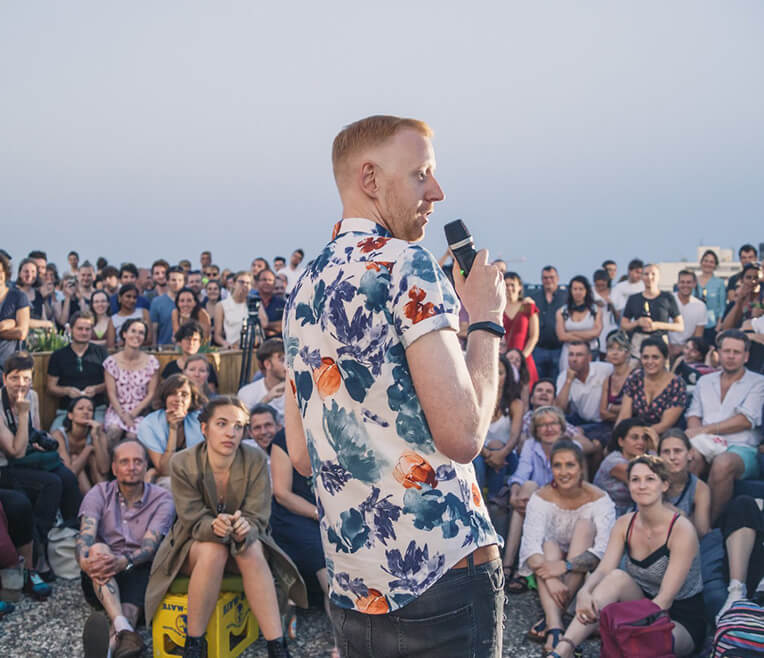 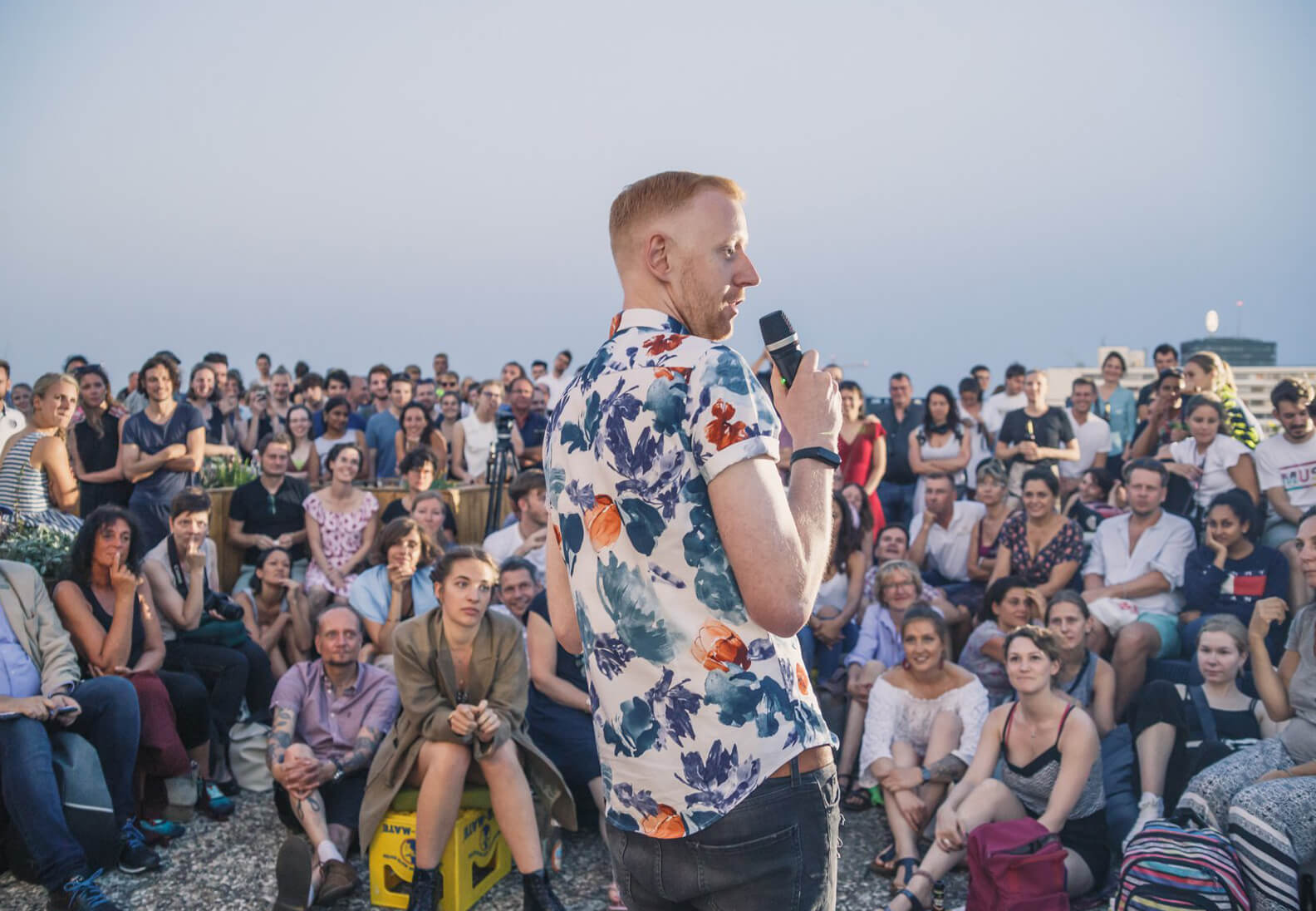 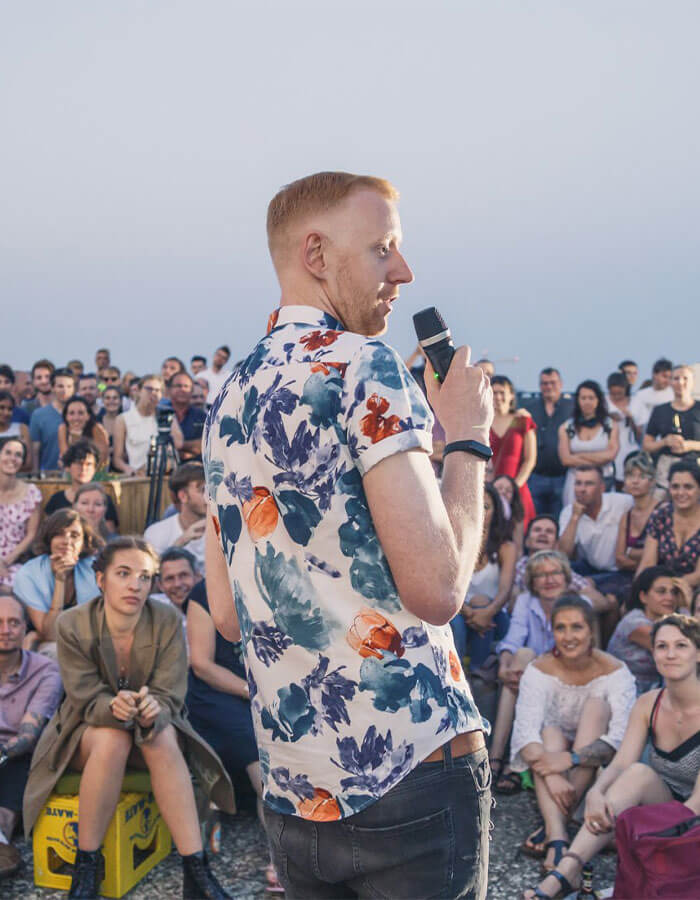 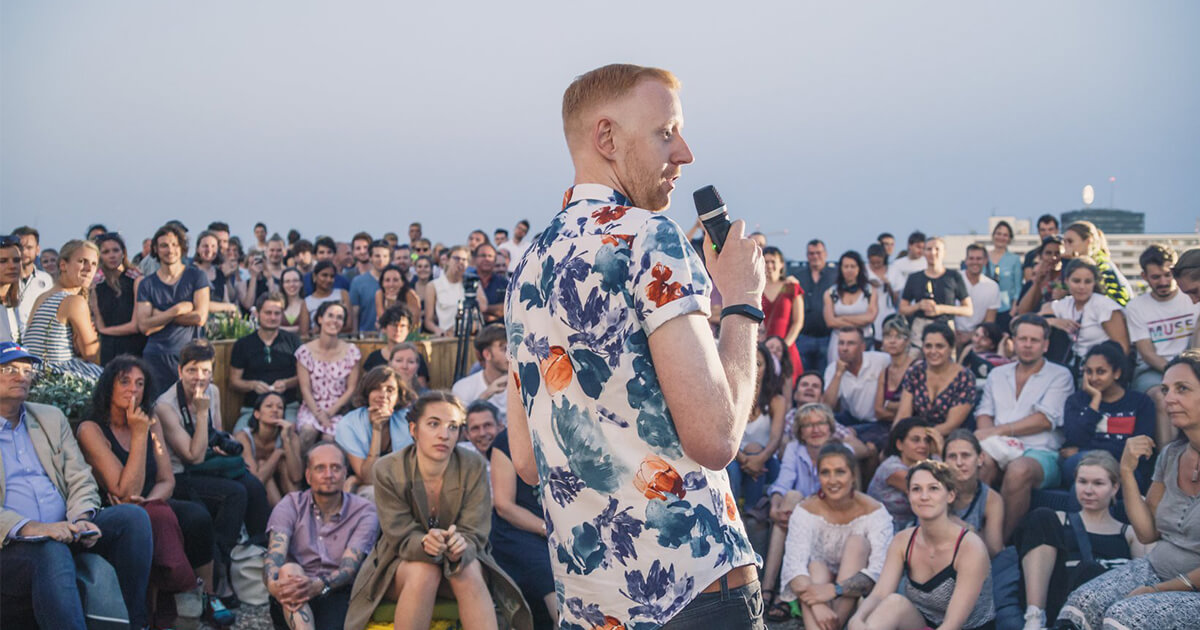