»The Bogart« by Borsalino Cut 2

The Italian brand Borsalino is closely related to Hollywood star Humphrey Bogart. »The Bogart« is a hat model that was designed and manufactured in his honor. The second edition of the classic, Cut 2, was published in 2019. Caro presents the company and hat in compact form here in sisterMAG.

»The Bogart« by Borsalino Cut 2

The Italian brand Borsalino, founded by Guiseppe Borsalino in 1957 in Alessandria, has since produced elegant men’s hats made from the fur of rabbits and beavers.

The most famous model is the »Fedora«, a soft felt hat with a ridge along the crown of the head.

Borsalino has close associations to the world of cinema – and even closer ones to Hollywood star Humphrey Bogart. He was equipped with countless models and shaped the hat as a style statement in the 1950s and 1960s.

The model »The Bogart« was especially dedicated to the actor by the milliner and, just like Bogart himself, became a true icon. A medium brim, high crown, grey felt and the brand’s own ribbon with logo characterise this hat.

In 2019, the company released a new version of the famous classic with their spring-summer line: »The Bogart by Borsalino Cut 2«.

A special detail can be found inside the hat – one of Bogart’s famous quotes. In this one »At heart I am a lovable character«. The first edition has another quote on the satin lining: »Do everything. One thing may turn out right«

To complete the experience, a specially designed box was added too.

Both collector models were made in collaboration with the Humphrey Bogart Estate that sustains and promotes his artistic legacy. 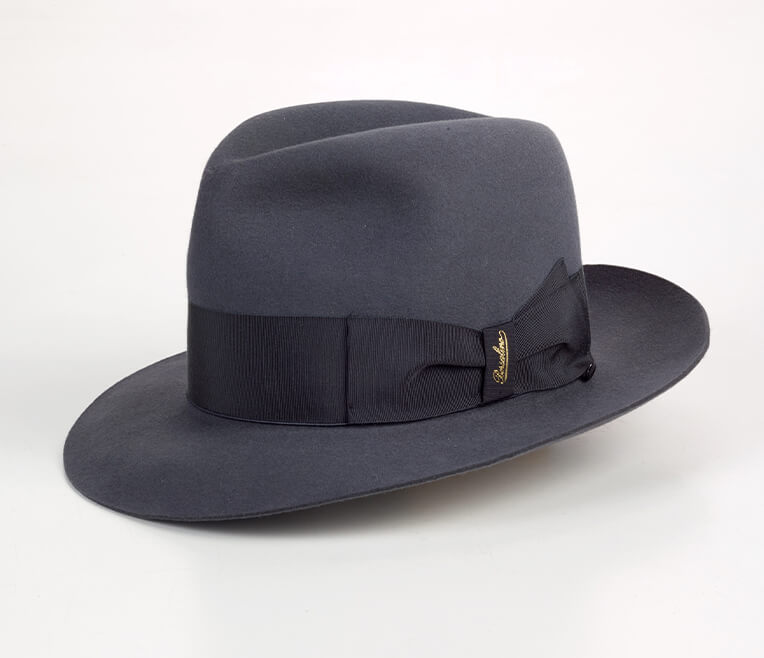 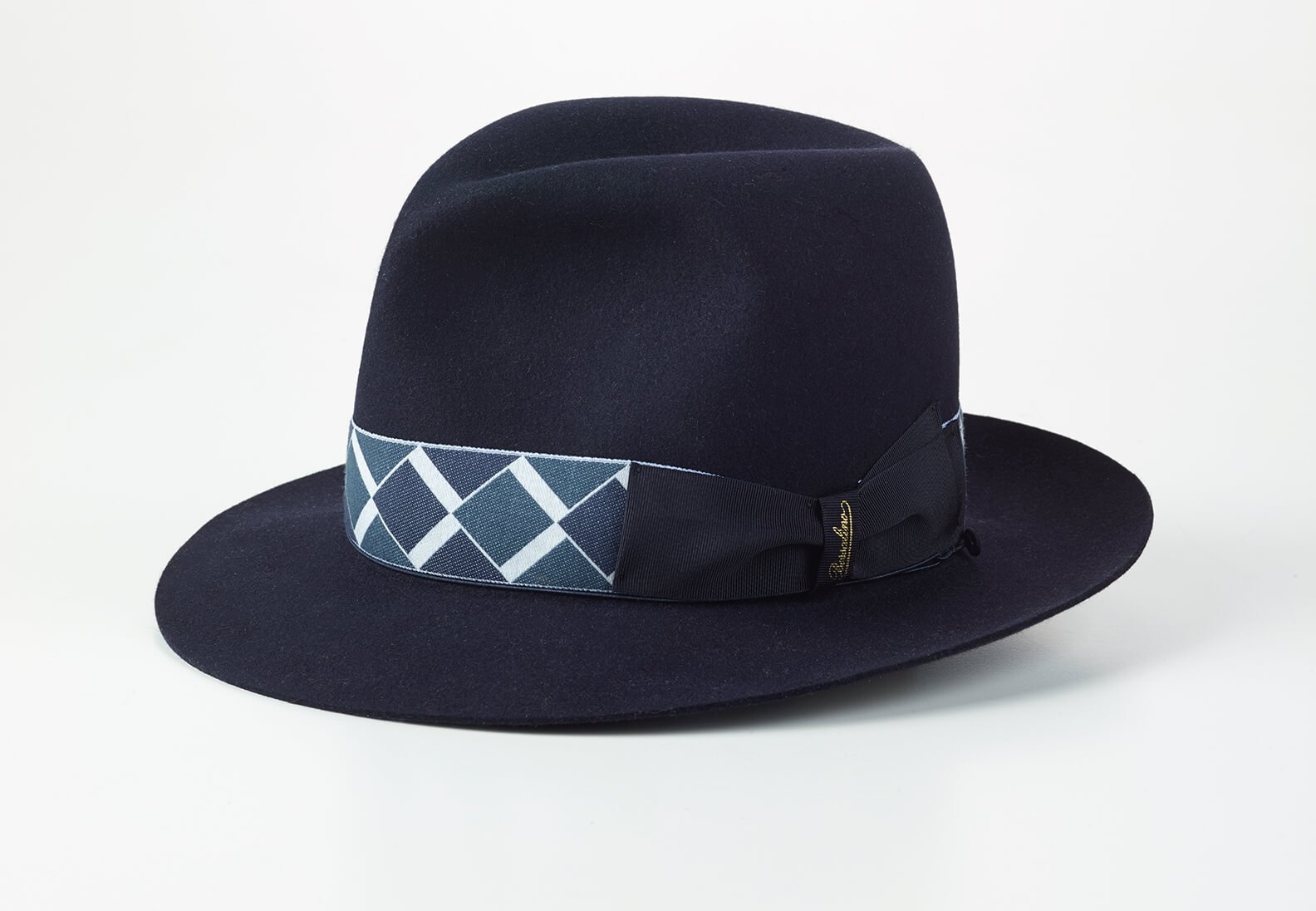 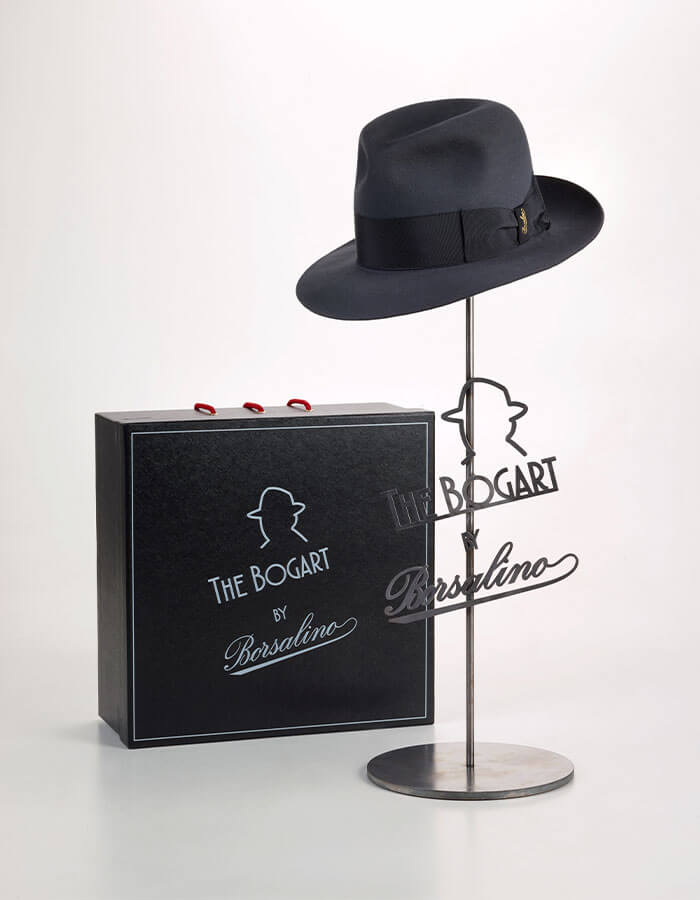