Jewish Food with an Israeli Twist

Danya and Deanne from Matkonation came up with a very special food feature for the sisterMAG issue No. 56: Jewish food with an Israeli twist. Find here the following recipes: Chopped Liver Brioche with Cherry Tomato Jam, Latkes with Goat Cheese and Pear, Horseradish Salmon Gravlax and Chocolate Halva Rugelach. Sounds exciting, doesn’t it? You can download all recipes here for free and try them out yourself!

Jewish Food with an Israeli Twist

When we were asked to share our favourite Jewish recipes, we had to think for a moment – what really is Jewish food? Traditional Jewish food is generally considered to be what was eaten before the Jewish state of Israel was founded, in the countries where Jewish communities thrived. There is the European (or Ashkanazi) kitchen which relied heavily on European inspired, meat heavy dishes. There is the Sephardic Jewish cuisine which relies heavily on Lavant inspired dishes such as spicy fish patties and sofrito-like stews. Today though, the Israeli cuisine is made up of those traditional kitchens and mixed together with a new style of modern cooking which relies heavily on local produce. The recipes we decided to share remain true to traditional Jewish food, but each has an ingredient which symbolizes the modern Israeli kitchen. We also focused on dishes that can be served as finger food or tapas style – a way that we Israelis like to eat.

Ingredients for around 1.5 cups:

Latkes with Goat Cheese and Pear

Ingredients (for about 15 latkes): 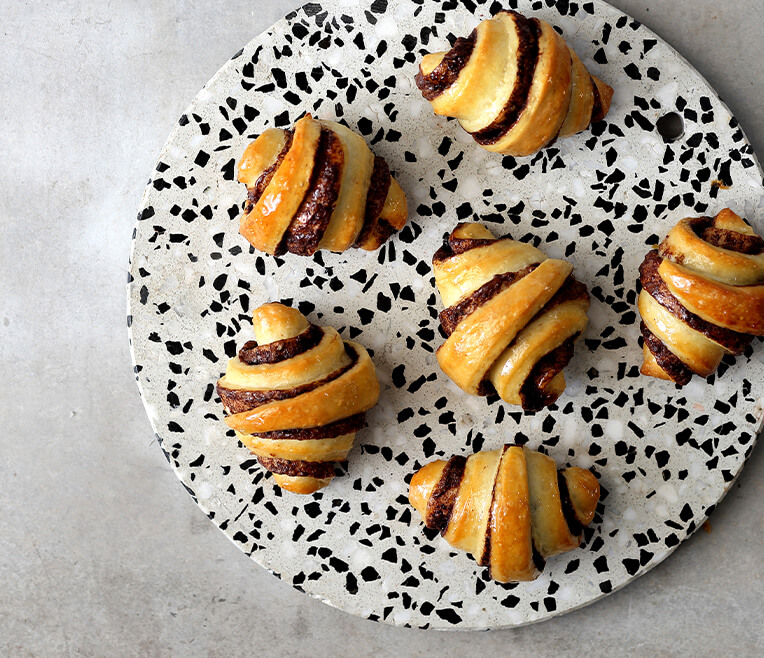 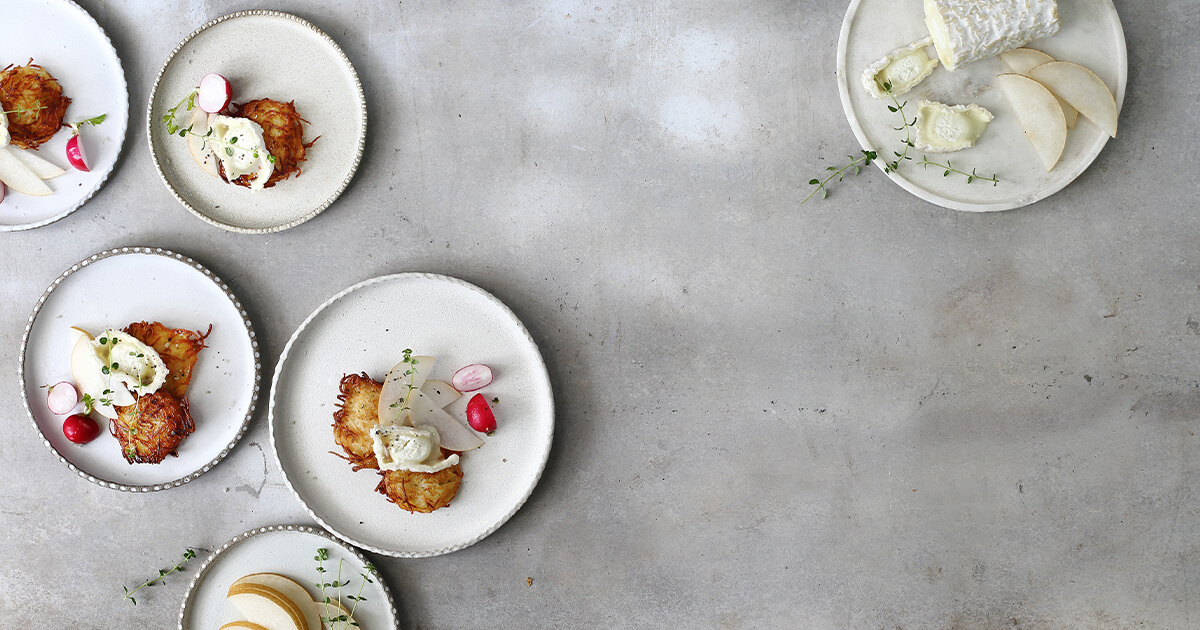