»Good morning Mister Magpie.« – Strange Superstitions from around the World

»Good morning Mister Magpie. How is your lady wife today?«

Strange Superstitions from around the World

I did have my hesitations as I set my wedding date for April 1st, but then again, I didn’t believe in such old wives’ tales. Little did I know that my marriage would be over five years later and my belief in superstition cemented. Growing up in England I remember the belief about a single magpie and avoiding broken mirrors and my Austrian mother never allowed unlucky peacock feathers in the house. But what about in other countries? Read on, if you dare …

When I moved to Germany I was immediately aware that if you said »Cheers« you had to look people in the eye to ensure a happy relationship in the next seven years and no bad sex. Even worse, congratulating someone BEFORE their birthday. In doing so, it meant that their birthday wishes wouldn’t come true. Where I come from, it’s a quick »Cheers«

all around and a »Happy Birthday« before, during and after the occasion.

Magpies are usually in couples, so if you happen to meet a lonely magpie on your way, then it’s best to greet him with a »Good Morning, Mr. Magpie. How is your lady wife today?« Only this will save you from a terrible fate on that day. If you add: »One for sorrow, two for joy!« then you have offered your friendship and the magpie won’t steal from you.

Friday the 13th is often the day you want to avoid, but in Spain, it is Tuesday the 13th. Travel and weddings are strictly forbidden on this day. So you can cancel that Maldives wedding! And when it comes to travelling anywhere on foot, always enter and leave a room with your RIGHT foot.

What might seem like a funny coincidence is a definite no-no in Italy. Don’t ever say the same word simultaneously as your friend. If you do, you will remain a spinster. To undo this bad omen, you have to immediately touch your nose.

If you squash a spider, it will mean rain the next day, and worse still, if you have to leave your house because of too many spiders, make sure you don’t tread on a manhole. In Sweden, there are two types of manholes. Those with an »A« and those with a »K«. Please avoid the »A« ones which stand for »arbetslöshet«: unemployment and »avbruten kärlek«: lost love. You have been warned.

The French have a thing for animals. But not always in a nice way. Don’t let a bird spy into your home through a window and for heaven’s sake don’t offer them any bread from an upside-down loaf. It invites unwanted spirits. On the other hand, stepping in dog poo with your left foot is considered lucky.

You have to plan your day carefully in Turkey. Only offer scissors or a knife indirectly for someone to pick up. Otherwise, you will become enemies. If this mishap does happen, however, you can always plant a fig tree in front of their house. If they chop it down, it’s double bad luck. And if you go on to offer them gum to chew at night, then it’s triple bad luck. They say it’s like chewing on a corpse–ugh!

Back to birds, their poo landing on you is a good sign and will bring you wealth, but giving yellow flowers, whistling indoors or sitting at the corner of a table means double infertility and financial loss. Oh dear.

The number four is unlucky in Japan. So don’t be surprised if your lift goes from the third to the fifth floor, and sticking your chopsticks down into your food is also a symbol for the poor old four. Come to think of it, the Japanese have a long list of beliefs including not sleeping with your head to the North—that’s how the deceased are laid to rest; hide your thumbs when passing a graveyard, which protects your parents against an untimely death; and trim your nails during the day only, which will prolong your life.

The most magical of beliefs, the Icelanders believe that their Island is inhabited by elves, fairies and trolls. In order to not disturb them, even new roads are built around and not through their territory. And while you are at it, don’t knit those Norwegian pullovers outside, because it prolongs winter.

My favourites though, have to be eating goat meat in Rwanda which makes women hairy; pregnant Korean mothers should never eat asymmetrical foods, which will cause an ugly baby; and kissing a baby on the lips in Nigeria means they will never EVER stop drooling.

Common beliefs in nearly all countries include never walking under a ladder. This dates back to the medieval times when a ladder symbolised the gallows. Broken mirrors mean seven years of tears and is also a well-known superstition. This evolved from when people used water as a mirror to see their fates. If the image was distorted, they would die. People also imagined seeing their soul in a mirror. If the mirror was broken, so was their soul, and it was a sure sign of their imminent death. Seven years of bad luck originated from ancient Rome where a soul needed seven years to renew itself.

And the antidote to all this bad luck? Knock on wood, of course, an ancient pagan belief that spirits and gods resided in trees, then smash a plate because the noise frightens all bad spirits away, and bury those broken mirror pieces deep into the ground. And all will be well in your world. 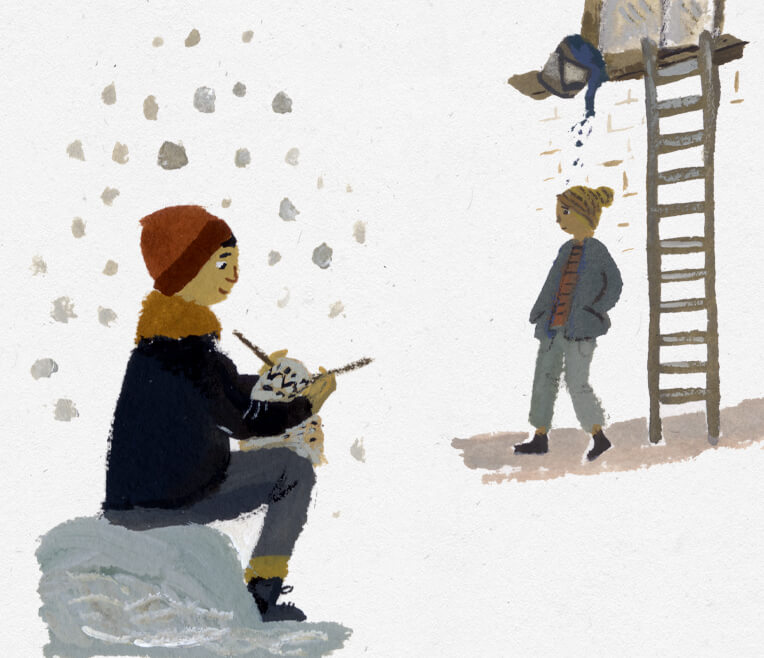 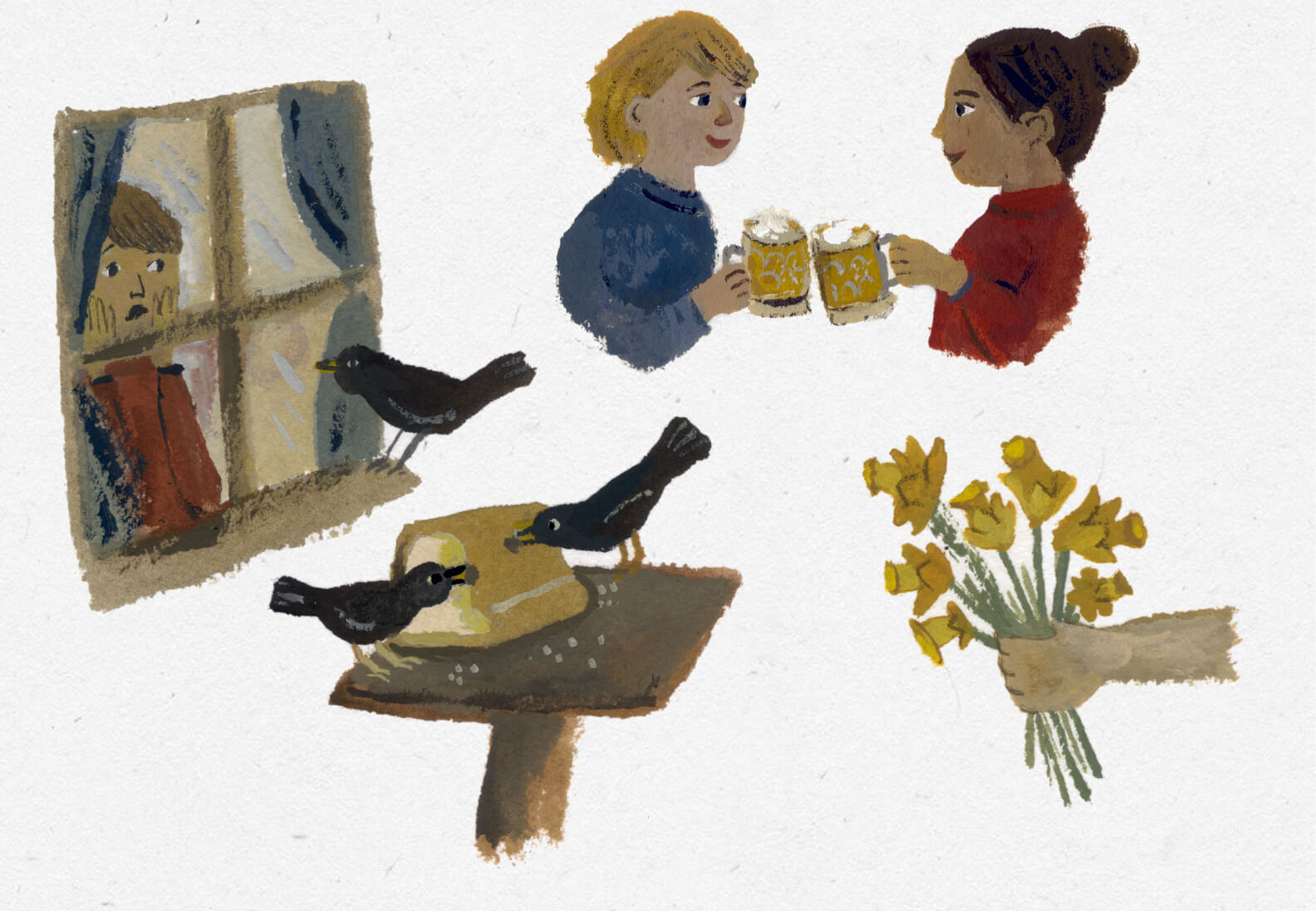 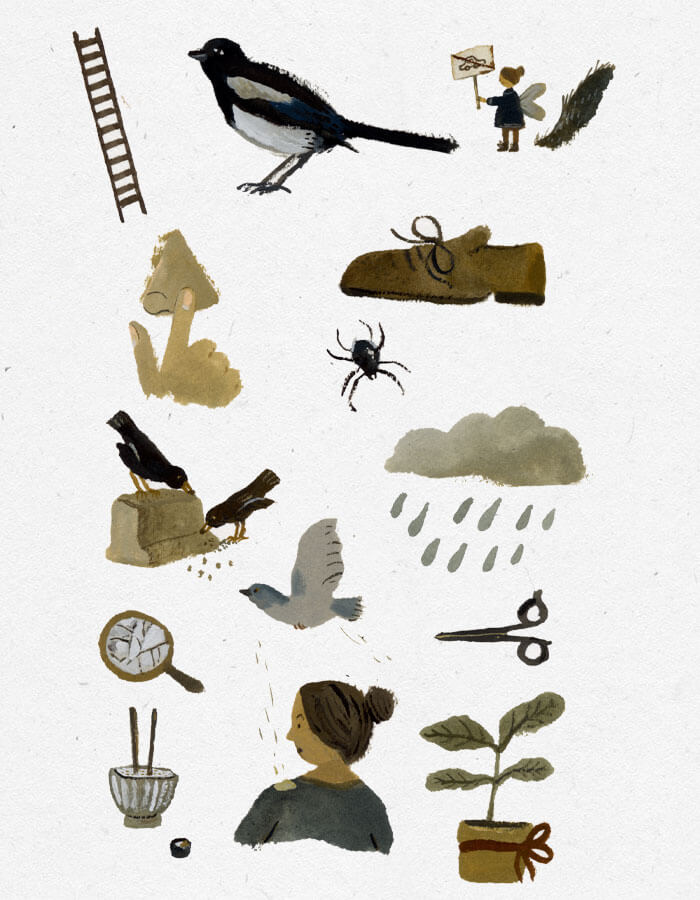 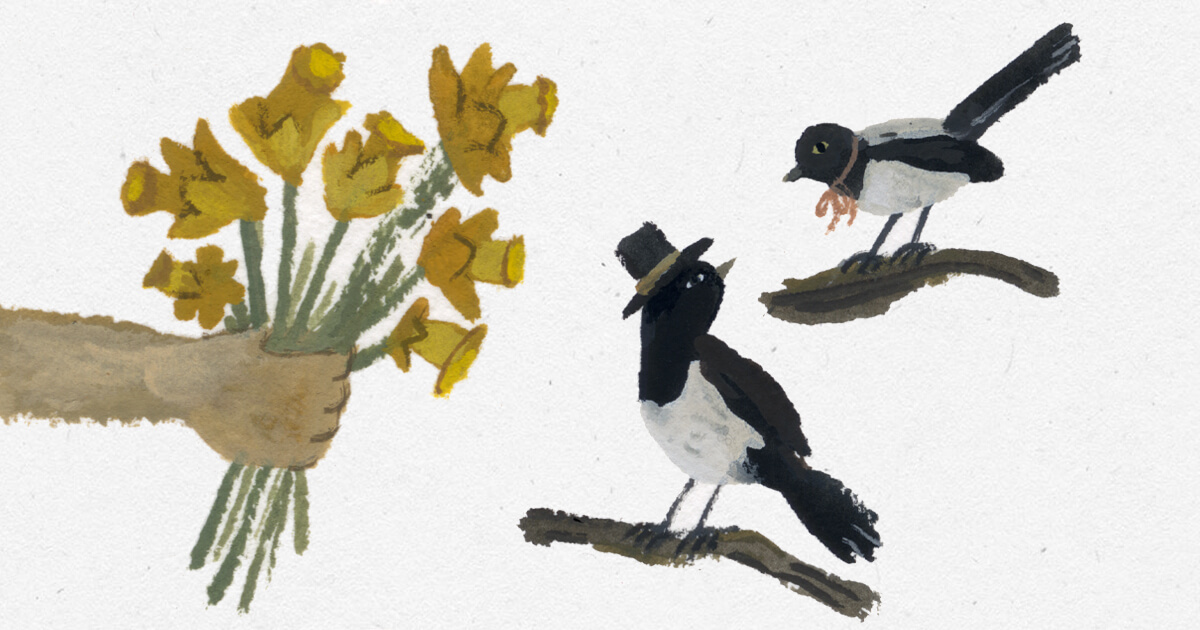