In the first half of the 20th century, Moscow and St. Petersburg were THE art metropolises for the development of the Russian avant-garde. Robert Eberhardt reports about his stay in the two big cities and lets you share his impressions and experiences with the Russian culture in sisterMAG.

For cultural tourists with a thirst for knowledge

Anyone who has spent a weekend in the metropolises of Western Europe will one day be drawn to other worlds – those which seem more alien, perhaps even ominous. Moscow and St Petersburg, with their Starbucks shops and well-known hotel chains certainly don’t offer a completely different world of experience. But in times of open borders, having to sort out a visa ahead of your journey already invites a little more tension. Of course, this says nothing of what awaits upon landing.

A warm summer day in 2018: I board an AEROFLOT flight from Hannover to Moscow. The plane carries mainly Russians who work in Western Europe or visit their relatives in Moscow. The suitcases are huge, wrapped in layers of plastic. Many of my fellow travellers wear shirts with glitter; not-rich Russians score them from the supermarket, those with deeper pockets from Philipp Plein. The plane lands at Sheremetyevo airport. We take a taxi to the city centre through »Oblast Moscow«, an expansive outer district with colourful prefabricated buildings, kitschy shopping centres and enormous car dealerships. The five-lane motorway is congested; it’s raining. Everything seems somewhat repellant. It becomes interesting when the first Stalinist apartment blocks appear – Karl-Marx-Allee in its original form.

» Moscow Leningradskaya«, a Hilton Hotel, stands out from the rest of the skyline. Like many Stalinist buildings, it features an imposing skyward spire. It looks like a cosmonaut dream, fantastic architecture in the literal sense. What kind of atmosphere it must have been when the majority of this vast country’s population still lived without electricity in medieval conditions, while at the same desiring a better, more equal world. Or was it just a power play, a pretext, from the very beginning? In any case, in 1961 Russia sent Gagarin into space to orbit the earth. Anyone who discovers this distant world must think of such stories. It is still communist, even if capitalism brightened the billboards and brought more »prosperity« to the people.

Hotel prices are pleasant for tourists, and the exchange rate is favourable for those on a budget. Of course, a short trip is only enough to explore the city centre of the metropolis. English is sufficient for most shops and museums. The other, the deep Russia, remains void of such conveniences. For example, in the impoverished confines of the prefabricated housing estates or the resurrected palaces and manor houses, where a connection to Tsarist times is more visible.

In Moscow everything is far away. The metro trains take me from one place to the next. The stations are massive and magnificent, decorated with Neo-Baroque, glazed tiles. All decor and every form of jewellery seems eccentric to the uniformly trained European eye – be it the magical church domes as on the famous Basilius Cathedral or the colour of the Kremlin. Here, by the way, is a perfect starting point for a city tour. In Red Square you can move through different eras: the unspoilt, vast Old Russia, the empire of the early tsars before they moved their residence to St Petersburg at the beginning of the 18th century, Russia in revolution, under communism, and of course Putin’s contemporary Russia. On Putin: his face adorns every second cup in the souvenir shops. I see Vladimir on a bear, Vladimir leading a military parade, Vladimir shaking hands with other great men. Some buy it as a gag – knowing full well that for some Russians there is little to laugh at.

You can also visit the Lenin Mausoleum, a modern ruler’s tomb, in the Red Square. On the other side of the square, you can discover a labyrinth of culinary delights: elk or brown bear sausages, real (and expensive) caviar, as well as very tasty, delicately-wrapped pralines – with an imprint of Putin’s face. Not far from Red Square there is an avant-garde space with amorphous shapes and birches that looks like the garden of a Daniel Libeskind museum. Something Western was to be displayed at the centre to mark the occasion of the 2018 Football World Cup. The Russians, like every former inhabitant of the Eastern Bloc, are proud to have copied from the Old West something modern at great expense.

There are many hip restaurants nearby. If you’re looking for modern Russian cuisine, you have to be careful. More often than not such a wish lands you in a lounge-y bar-restaurant with loud music and otherwise peculiar taste. Don’t be surprised to see salad with hummus on the menu. The evening calls for Russian opera and ballet. For example, at the Bolshoi Theatre.

A different vibe awaits in St Petersburg. I visited during Christmas. From the airport it is advisable to take a taxi (around 25 euros). You’ll be transported comfortably on a wide axis road towards the city centre. In dense snowfall, my taxi driver drives the weathered car across the road without much finesse. What appears to be the Brandenburg Gate suddenly shows face in the fabulous winter scenery – it is the Moscow Triumphal Gate, built between 1834 and 1838. It is here that the city’s grand urban vision, which tried to emulate and topple the capitals of Europe, becomes apparent. The whole city is a winter dream. After a few hours I get used to walking over snow and ice. Needless to say, it requires a little more effort than on cleared ground. Those who don’t want to visit big palaces like Peterhof and its parks can reach almost everything in St Petersburg by foot.

The State Hermitage, one of the most important art museums in the world, boasts a very impressive collection. The entire city centre seems to be a »reconstructed« Central Europe. The tsars had no intention of being outdone by the likes of Paris, Potsdam and Dresden. Peter the Great founded the city in 1703 to give Russia access to the Baltic Sea. Builders came from Germany and the Netherlands. The Russian court became a political and, through its patronage of the arts, also a cultural authority. The beauty of this idea can be seen in many museums. A visit to the General Staff Building of the Hermitage is an absolute must. Here you’ll find masterpieces of the 19th century and Classical Modernism on display. Many rooms are almost deserted – a luxury certainly not afforded in the National Gallery or the Louvre.

I can recommend the Pushkin Museum for those interested in discovering a fervent Russian poet. In an authentic apartment it presents the short life of the celebrated romantic writer and national poet Alexander Pushkin, who died in a duel in 1837. Not far from here is the Hilton Hotel in an old palace, whose hotel bar invites you to a warming tea hour. The collection of inlaid malformations and »monsters« in the old art cellar on the Neva is creepy and macabre. The wide river is frozen over in winter. Only a narrow channel reveals the passage of ice-breaking ships. Summer invites a »Venetian« flair as the sun almost never sets on the city’s famous white nights.

A short excursion to the dome of Isaac’s Cathedral provides a fantastic panorama. There is another architectural gem nearby: the Embassy for the German Empire, which was designed by the famous architect Peter Behrens and opened in 1912. Countless restaurants beckon for those who are hungry after all the sightseeing. Georgian cuisine is worth a taste. You can find many delicious, down-to-earth dishes at »snack prices«. Even a three-course dinner in the restaurant of the regal Astoria Hotel costs no more than an evening with a middle-class Italian from Hamburg.

After dining I roam through the city’s nocturnal corners. On the deserted palace square there is already a big, flashing Christmas tree. Even if in the Orthodox Church the feast is not celebrated until January 6th. Two young women ride past on horses and ask if I’d like to jump aboard. I can’t find the courage and settle for being snowed in. I continue my journey through this haven for culture tourists. Big city lovers not contented by wandering horses at night should travel to Moscow. 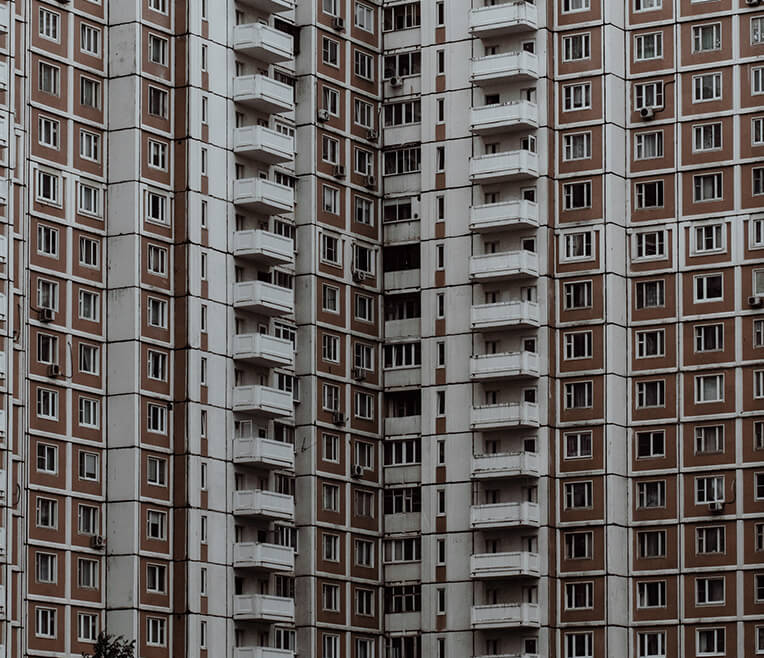 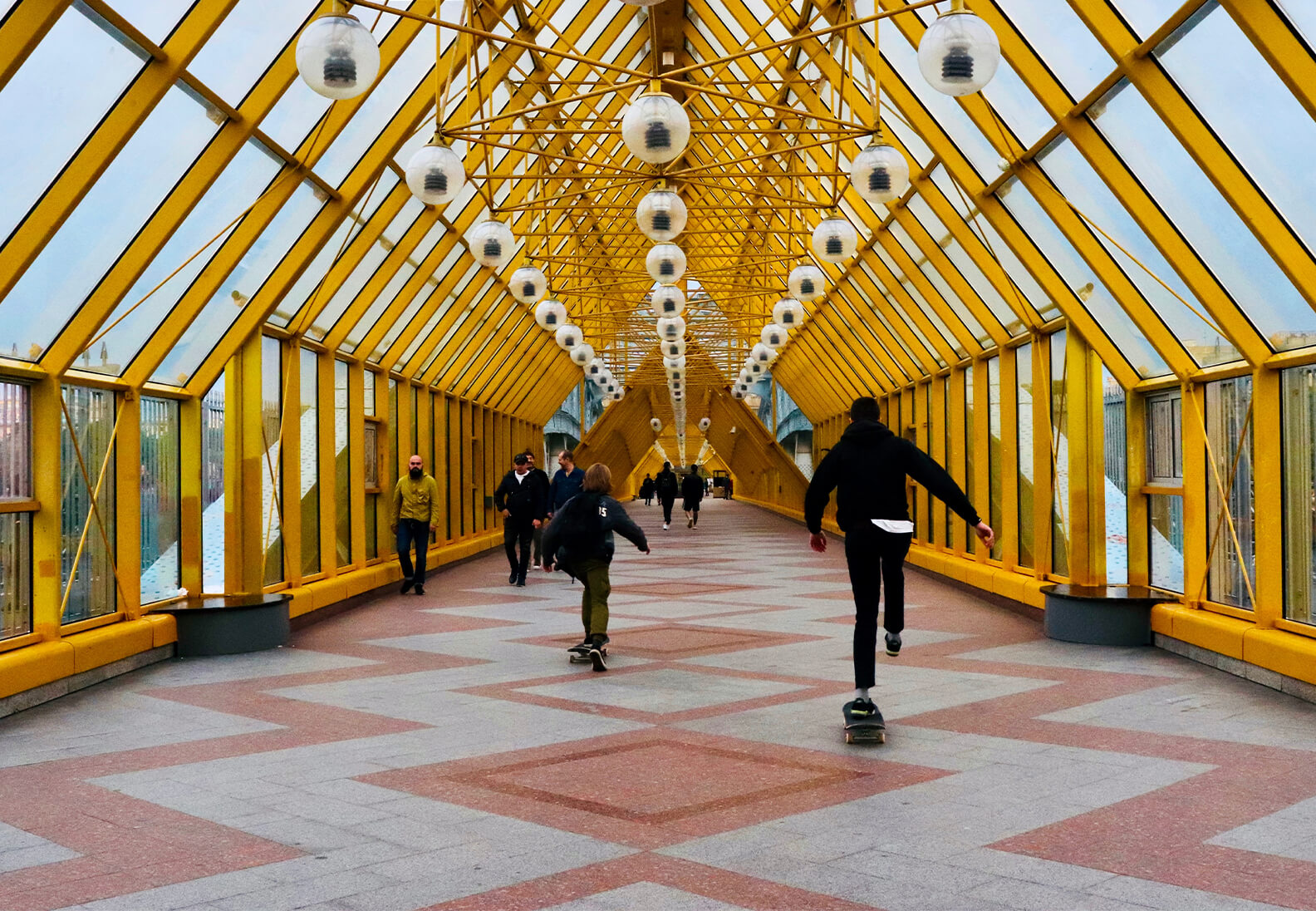 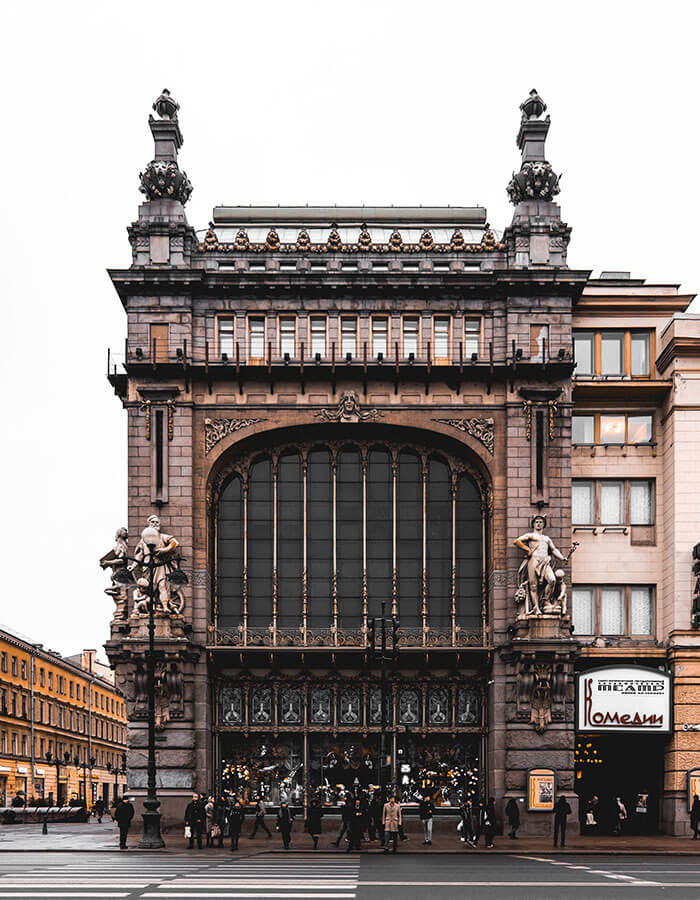 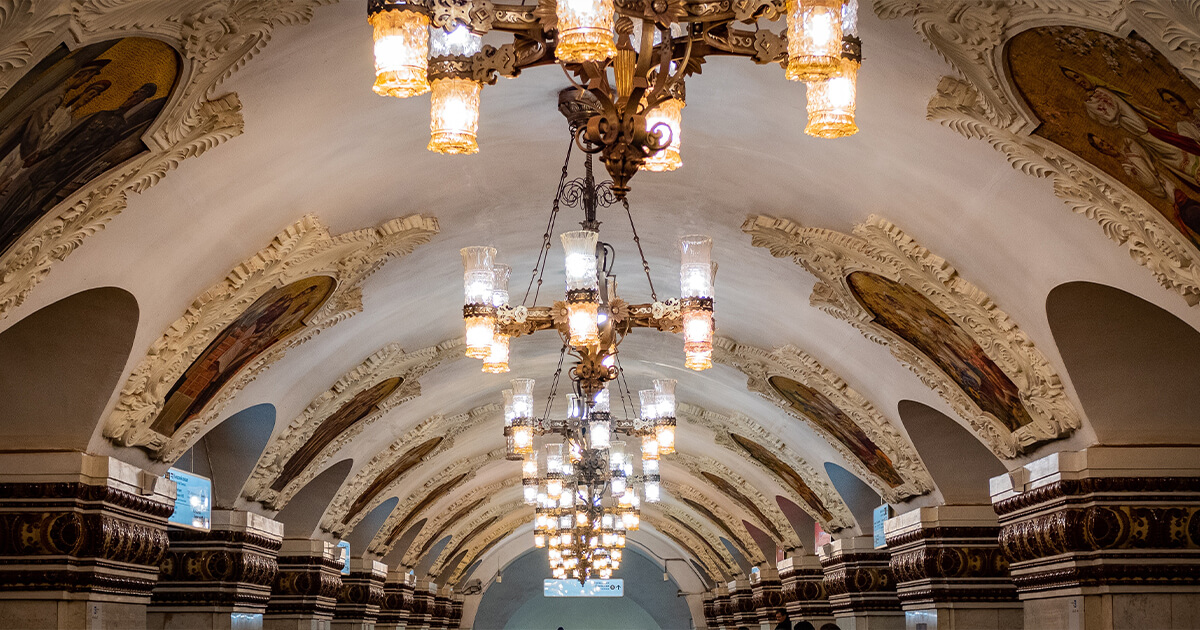