For decades, people tamed their hair, pinned it up, curled or coloured it … that’s all over now. Natural hair is a current topic that attracts more attention than ever before. The motto is to let your hair grow and be as it is. Read the entire article by author Marlen Gruner here in sisterMAG.

2019 is all about being natural, not only with regards to make-up, but also with hairstyling. Your inner self is being turned inside out. The focus is on visible individuality and living one’s diversity: we show who we are. Not only are freckles, stretch marks and scars allowed, but wanted. They are no longer a flaw, but tell a personal story of the one bearing them. The times when girls with straight hair curled it and the ones with Afro hair straightened it are over (at least for the time being).

Having the courage and self-confidence to be oneself and standing by one’s self and one’s appearance is rewarded: individuality and diversity are celebrated in magazines, online and on the street and are even protected by law in the US. The latter especially concerns people with Afro hair because it is far more than an expression of one’s personality, ethnic background, culture and identity – it is a political issue.

Hair – both a personal and political issue

Until recently, it was in no way the norm that people of colour wore their hair as it was. They were or still are discriminated against in day-to-day life: in the business world, for instance, for their supposedly unprofessional looking, frizzy hair. So there were often rules to tame one’s hair by straightening or cutting it – until now. At the beginning of 2019, new anti-discrimination guidelines were released in the state of New York.

These guidelines assert the right to have »natural hair, treated or untreated hairstyles such as locs, cornrows, twists, braids, Bantu knots, fades, Afros, and/or the right to keep hair in an uncut or untrimmed state« (1), thus forbidding any discrimination based on people with Afro hair. California followed in July by passing the CROWN Act (Create a Respectful and Open Workspace for Natural Hair), which prohibits the discrimination of people with Afro hair and similar hairstyles in the workplace and at school. Large penalties can be levied on people found guilty of violating this act.

Afro hair is also being celebrated outside of the law, for instance online. On Instagram alone, there are millions of posts showing Afro hair with hashtags such as #NaturalHair (22.6 million), #CurlyHair (24.1 million), #NaturalHairJourney (1.7 million) und #CurlyHairDontCare (2.1 million). Celebrities also jump on the bandwagon – or inspire the social media community in return.

Beyoncé for instance went on stage for her legendary »Homecoming« act at Coachella in 2018 showing off a long, curly mane. For the September issue of Vogue the same year, there was no straightening of hair and practically no make-up used. Instead, she sported cornrow braids. » I want to be myself. I don’t want all this hair and all this make-up. I just want to be free,« she said (2).

Model Naomi Campbell does not hide or bow down to fashion dictates any longer either. In 2018, at the age of 48, she started wearing her natural, frizzy hair instead of real-hair wigs or straightening it. What for a long time used to be considered a flaw is now becoming a signature feature.

Peer Tyra Banks shows her natural hair more and more as well. In her TV show America’s Next Topmodel, she admitted having worn wigs and hairpieces since her career started in the ’90s. This way, she conformed to the standard ideals of beauty, but now she fights against this discrimination and shows off her natural hair.

In her project »Hair Stories«, Spanish photographer and blogger Sol Bela Mele confronts beauty ideas about Afro hairstyles. She was frustrated because hardly any people of colour were represented in the magazines she came into contact with due to her blog. In an interview, she said that as a black woman it felt wrong contributing to preserve a system that black people weren’t a part of. (3) She also criticises that women of colour and their hair played hardly any part in Western ideals of beauty and that it went as far as women bleaching their hair, straightening it or shaving it off in order to live up to these ideals. (3) Sol Bela Mele puts a visual end to this by capturing the natural beauty of people of colour. 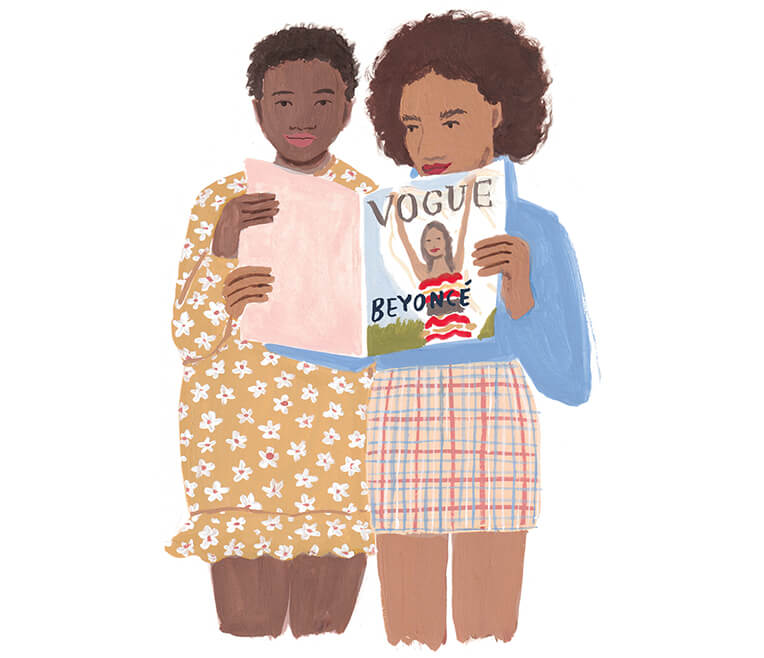 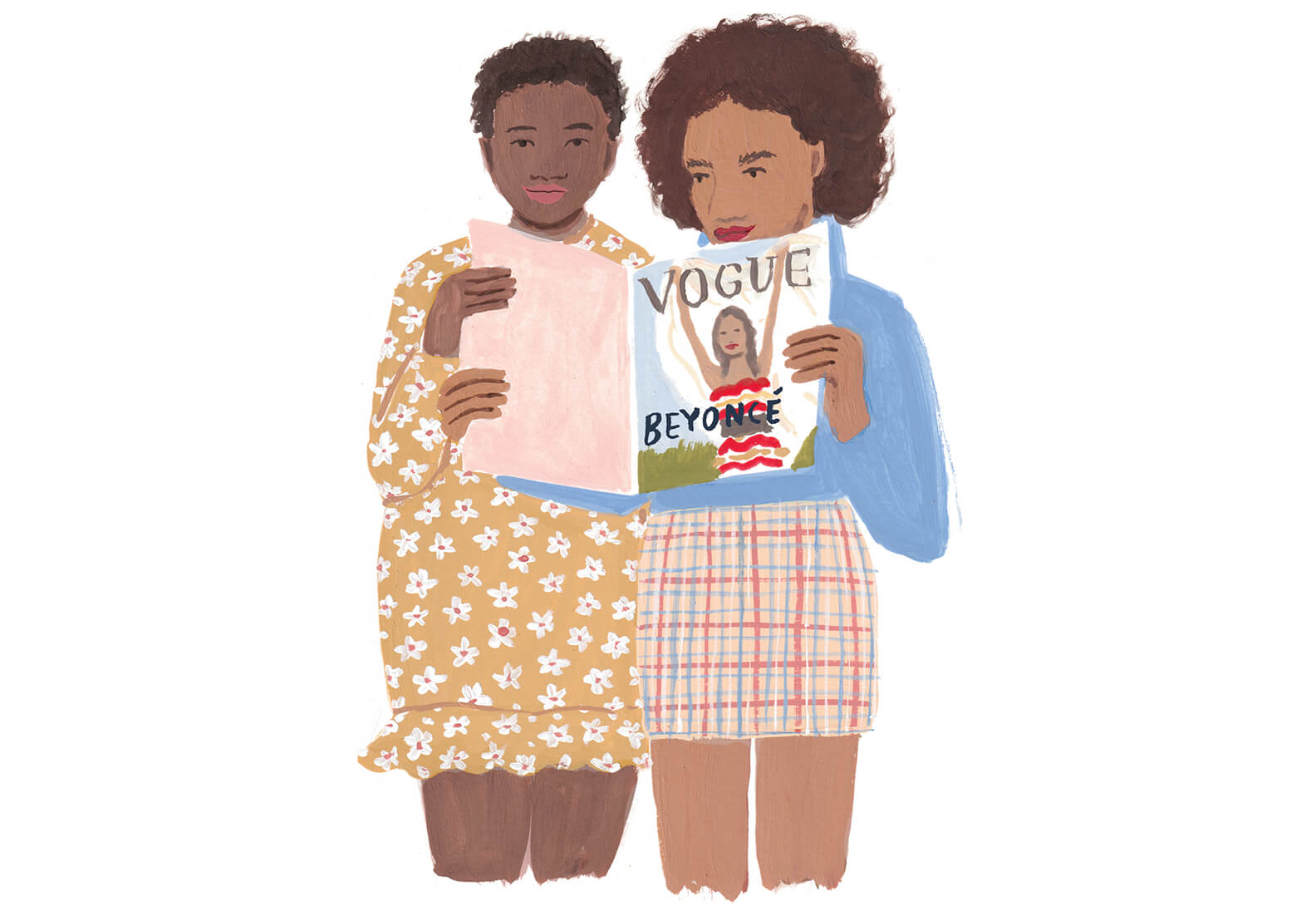 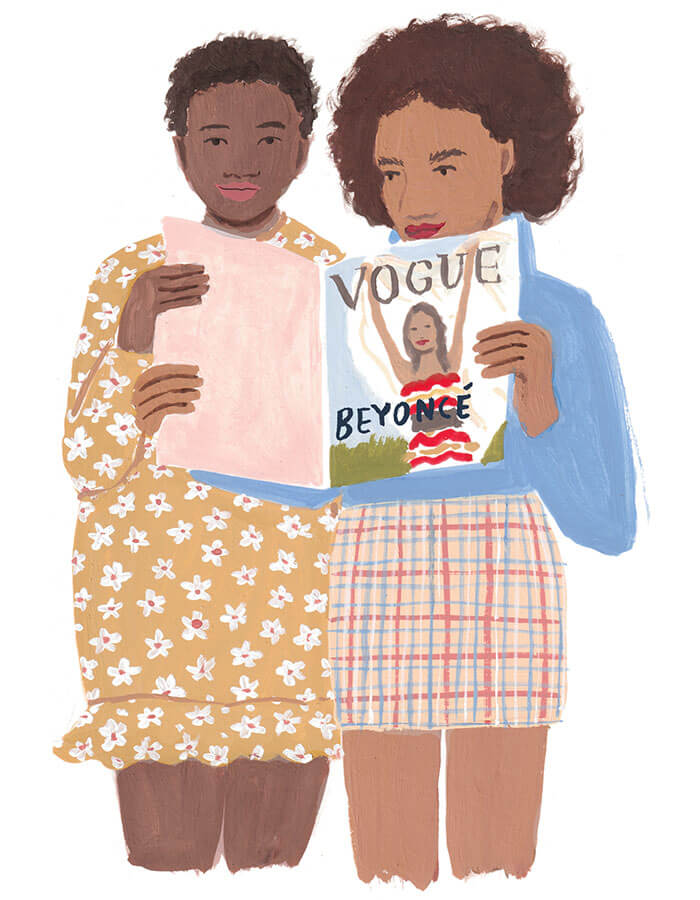 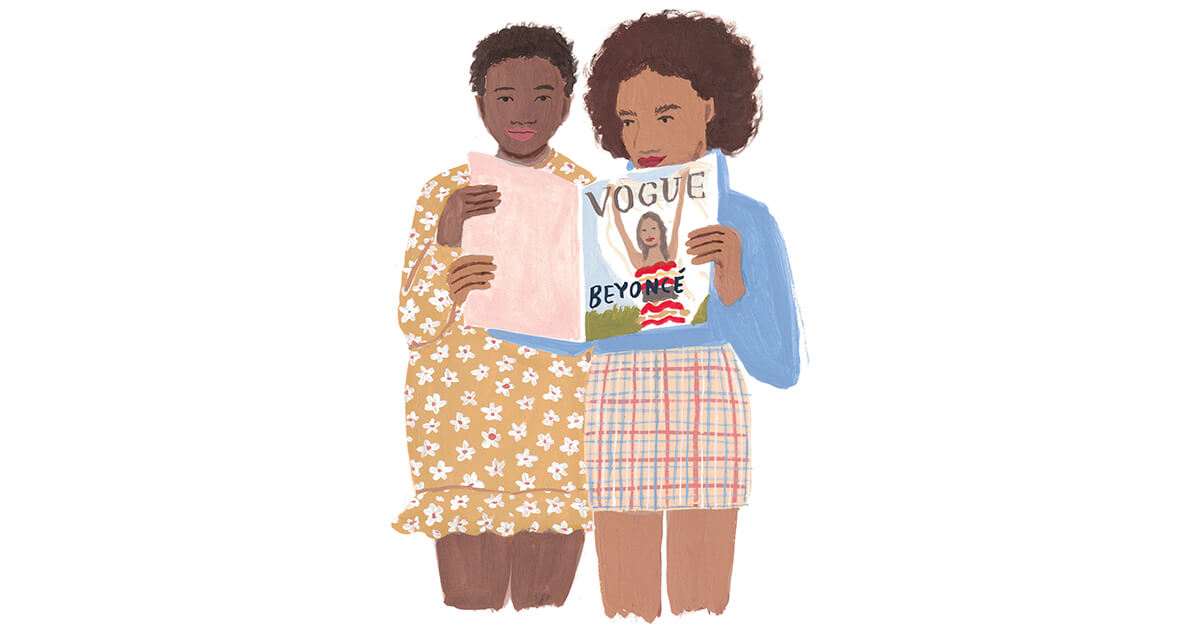