A cultural history of weddings

Marriage is one of the oldest social institutions of human history. Barbara Eichhammer wrote up a little overview for this sisterMAG, to show how the tradition of weddings has changed in Western society – and how closely this change is tied to questions about gender, religion, class and social changes.

A cultural history of weddings

“If I get married, I want to be very married.” – Audrey Hepburn

Meghan Markle’s and Prince Harry’s wedding pointed out clearly that getting married is quite en vogue in contemporary popular culture. Marriage as a social institution has existed since earliest human history. In a short overview, we will show you how the cultural practices of getting married have changed in Western cultural history and how closely connected weddings are with questions of gender, religion, class or social upheavals.

From a sociological and cultural studies point of view, a wedding can be read as a rite de passage, which had already been celebrated in ancient Rome with a three-day-long feast. In the Middle Ages, a marriage ceremony was a worldly and public affair, which was held quite often in public houses or taverns. The so-called dowered marriage (in German »Muntehe«) was the most common form of marriage. It was a legal transaction between two families that was based on a firm contract. The groom received disciplinary power over the bride, which was sealed with the help of a series of marriage rites. Thus, the father of the bride gives her away together with a sword, spear or a hat as a sign of guardianship and disciplinary power. It was then the husband that was in charge of her financially as well as legally. Such a patriarchal gender model regarded the bride rather as a commodity on a marriage market, for whom a dowry could be negotiated. Directly associated with such a marriage of convenience were questions of class. Those who did not possess a fortune or dwelling were not allowed to get married. Thus, maids or servants did not possess a certificate of nobility. Even farmers needed the permission of their overlord, at least until the 18th century, if they wanted to get married. It was only from the 12th century onwards that the domestic wedding ceremony was accompanied by an ecclesiastical rite. The ceremony took place either at the couple’s home or in front of (not in) church. The clerical blessing was still a voluntary ritual, not a legal obligation. But the significance of the church grew constantly. During the 13th century, the church had developed its own marriage laws. In 1225, the Fourth Lateran Council decided that wedding ceremonies have to be performed solely by a priest, not laymen. Whoever defied this rule had to expect severe punishment.

The call for an independent and state regulation grew stronger. Thus, Martin Luther was quite critical of the church’s supremacy when it came to marriage: »No one can deny that marriage is an external, worldly thing, like clothes or food, house and court, subject to secular business«, he claimed in 1530. Thus, state authorities should regulate marriage from a legal point of view. During the 15th and 16th century, aristocratic brides wore predominantly colourful wedding gowns: vibrant blues, yellow, green or red were very popular as wedding fashion, which were embroidered with silver or golden threads. Since colouring fabrics was at the time quite costly, a colourful wedding dress was also an effective sign of wealth and noble class. Working-class brides wore their black Sunday dress because it was the most expensive dress they possessed. It was also during the Renaissance that one of the most popular wedding customs came into being: the bridal bouquet. Mostly, brides held posies consisting of fresh, aromatic herbs such as rosemary and myrrh. They concealed body odours and the strong scent of incense in church, and banished evil spirits.

At least since the 18th century, European Enlightenment contributed to the growing separation of church and state. Liberty, reason and equality developed as new ideals. With the French Revolution, the supremacy of the Christian church came to an end. From 1792 onwards, only civil marriage ceremonies were legally binding in France, from 1836 in England and from 1875 in Germany. Priests were no longer allowed to perform the clerical ceremony before the civil one. Interestingly, Napoleon Bonaparte was already in 1796 civilly married. It was also the wedding fashion that mirrored the ambitions of the French Revolution: along the lines of ancient democracies, flowing tunic-like garments were more and more popular with female revolutionaries. Thus, during the 18th century, the chemise dress by Jacques-Louis David came into vogue. The 18th century also fostered the concept of the bourgeois love marriage, according to historical studies. In his novel Julie (1761) the French philosopher Jean-Jacques Rousseau, postulated that love and not duty or finances should be the basis of a marriage. Such a view became more and more popular during the Romantic Age. It was part of popular novels like Lucinde by Friedrich Schlegel (1799).

The so-called »White Wedding« – the most common form of wedding, that we still celebrate today – emerged during the 19th century in Great Britain. The term refers to the white colour of the wedding gown. Although Queen Mary, Queen of Scots had already been married in white in 1559, it was only with Queen Victoria that the white wedding dress turned into an international fashion trend. In 1840, she wore a white dress with silk satin and bobbin lace at her wedding with Prince Albert. When reports from her »White Wedding« reached the continent and the USA, many aristocratic brides followed suit. Since chemical laundries were not yet available during the 19th century, white dresses also became quite relevant to the »conspicuous consumption« (according to Thorstein Veblen). The colour white signified wealth and social status; in addition to this, it implied connotations of purity and innocence. At the end of the 19th century, the white wedding gown was already the latest craze with aristocratic brides. Middle-class brides could afford this trend only after the Second World War. The desire for a white wedding was promoted by Hollywood films during the 1950s, which showed an idealised image of the white wedding. How much the colour of the dress is a question of cultural areas, is shown by a tradition in China: There, the bride wears red because it is associated with luck and wealth.

In fact, after the horror of two world wars, people were craving social stability and domestic order. During the 1950s, rather traditional notions of marriage and domesticity developed, which were connected to a patriarchal gender ideology: the husband as breadwinner, the wife as housewife. It is this restrictive gender image that the generation of 68 was rebelling against. Second-wave feminism also brought about a series of social and legal changes. Equality in marriages was a paramount demand. From 1967, the divorce rate rose steadily. During the 1970s, non-marital partnerships gained more and more importance among young people, so that the number of marriage ceremonies sank continuously. From a legal point of view, cultural aspects came to the fore: Since the 1st October 2017, same-sex marriages were legally allowed. Economic insecurities also contributed to the fact, that from the mid 1980s onwards, marriages grew more popular again.

The wedding market until today

While the 68-generation rebelled against traditional role models, unconventional weddings were booming. Thus, the 1st May 1967 made Las Vegas the place for dream weddings, when Elvis Presley married Priscilla Ann Beaulie in the wedding chapel of the Aladdin Hotel. During the 1980s, a wedding industry came into being, which offered quick Vegas-weddings and invented the profession of the wedding planner. Nowadays, the international wedding market is worth billions of dollars. Celebrity weddings or royal weddings can turn into mass-media events: William and Kate’s wedding in 2011, for instance, was a global media spectacle. More than two billion people watched the vows of the future British king. Prince Harry and Meghan had at least hundreds of millions of viewers at their wedding in Windsor. Such live events foster identity formation and group building. The individual relation of two people through a wedding ceremony turns into the relation of cultures beyond national boundaries. The world turns, according to Benedict Anderson, into an »imagined community«. The cultural practice of getting married has turned into a pop-cultural industry: With the global depression in 2008, a new wedding trend has developed: the DIY wedding. In the wake of financial crisis, more and more couples turned to making their wedding decorations themselves. This also shows how societal developments influence our wedding cultures across the globe and vice versa. 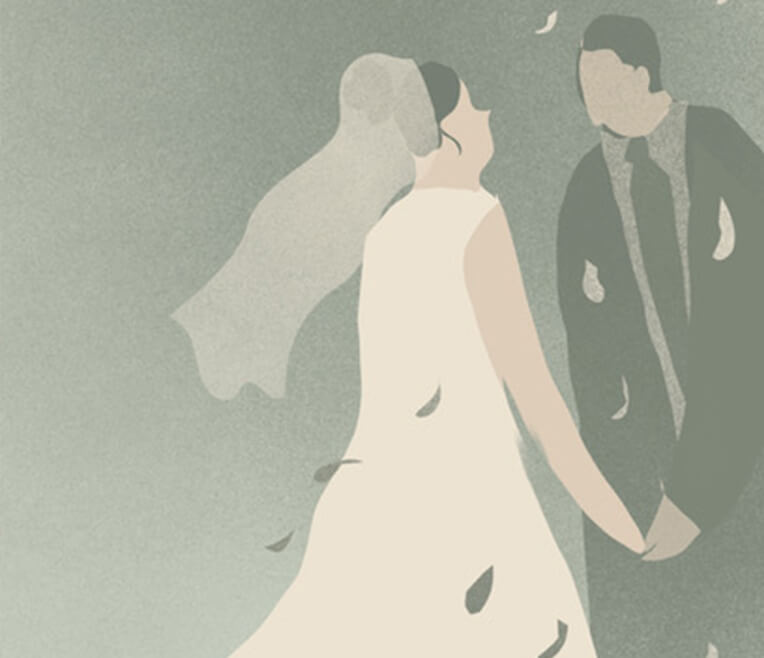 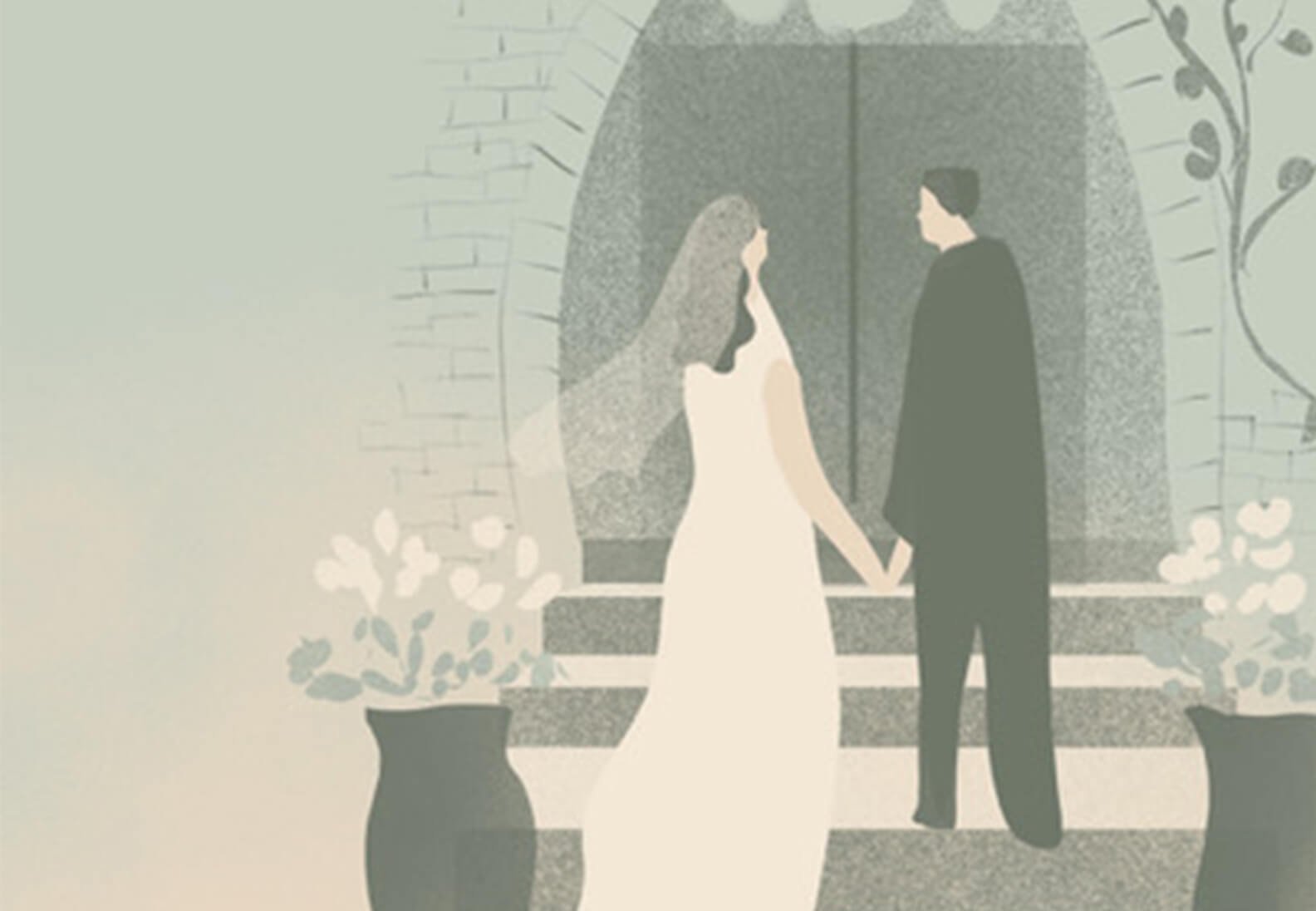 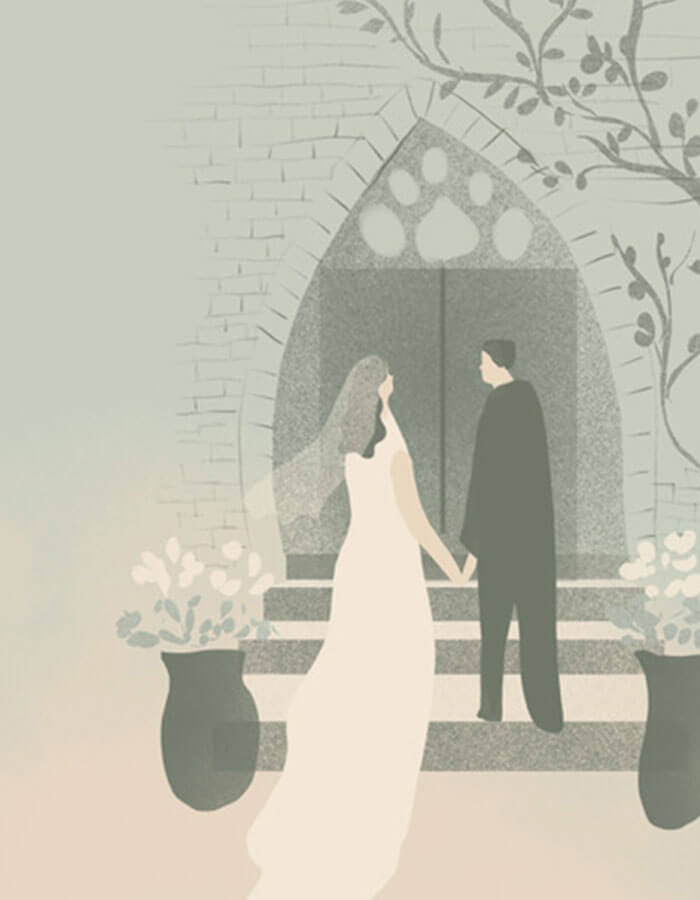 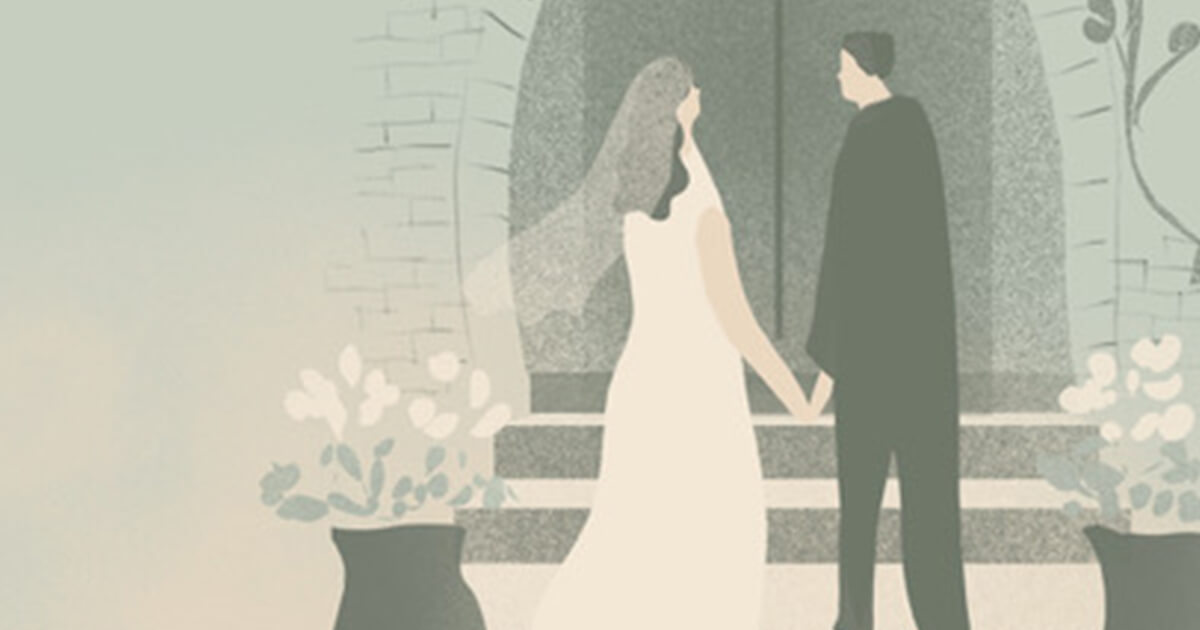