From architecture to beauty ideals – inspired by the history of our partner Shiseido, this issue of sisterMAG takes you to Japan to discover the culture, traditions and the very special beauty routines of this country. And what does the »appeal of the unfinished« mean in this context?

Taking care of one’s appearance is particularly meaningful in Japan. And while clothes and personal style are essential, after all the streets of Japan are populated by remarkably well dressed people, skincare is known to be at the core – understandably so, given that there is arguably nothing more personal than what we use on our face.

The Japanese beauty routine, also referred to as J-Beauty in an analogy to the similarly hyped K-Beauty from neighbouring South Korea, is composed of various steps. These can also be found in the Shiseido philosophy and product ranges:

Cleansing, Exfoliation, Toner, Serum, Moisturizer and Sunscreen to name just the most important ones. The understanding of how crucial especially the latter is for keeping the skin young has gradually disseminated into European beauty routines as well, finally, one could say. But Japan and East Asia in general have clearly been pioneers. In an act of self-protection and unlike in Europe, being tanned is precisely not considered a beauty ideal. The different attitude towards sunlight goes way back and can be interpreted as the manifestation of a belief rooted deeply in traditional Japanese culture: Absence of light is not negative per se. The famous novelist Tanizaki Jun’ichiro, who lived from 1886 to 1965, beautifully summarised this in his essay »PRAISE OF SHADOWS« which was first published in 1933 and is still popular today:

»And so it has come to be that the beauty of a Japanese room depends on a variation of shadows, heavy shadows against light shadows – it has nothing  else.« – Tanizaki Jun’ichiro

WHAT IS THE PURPOSE OF ARCHITECTURE?

Although Jun’ichiro acknowledges that a lighter room would undeniably be more convenient just as much for the Japanese, he observes that they have come to love the darker atmosphere, having adjusted even the design of objects accordingly. The taste for interior design is guided by SIMPLICITY and NEUTRAL COLOURS, with darker, subtle shades being preferred. The light is at times seen almost as something offensive, and shining, brilliant white colours are perceived as evasive and not suited for the human perception. Consequently, textured surfaces are preferred because the light can play on them:

»Light is used not for reading or writing or sewing but for dispelling the shadows in the farthest corners, and this runs against the basic idea of the Japanese room.« – Tanizaki Jun’ichiro

Even though these observations are to be taken with a grain of salt – after all they stem from an entirely different era – a lot of it is still true. We can see this clearly in the work of contemporary Japanese architects such as the Osaka-born architectural star TADAO ANDŌ who puts special emphasis on issues of sustainability and has summarised the guiding paradigm of his approach to architecture in the following statement which has gained an almost proverbial status: “we borrow from nature the space upon which we build”. How architecture interacts with its surroundings is just as significant. The ideal of modesty is perfectly represented both in traditional and contemporary Japanese architecture. Take for example Tadao Ando’s Chichu Art Museum on Naoshima Island: Instead of dominating its surroundings, the museum literally disappears into the ground in an attempt to not take away anything from the mountainous scenery. The material, smooth concrete, is modest, as are the space requirements. The architecture resulting from this is intended to set the scene for what is already there.

»We borrow from nature the space upon which we build. «

A MATTER OF PERFECTION?

TAKING ALL THIS INTO CONSIDERATION, IT COMES TO NO SURPRISE THAT IN JAPAN PERFECTION HAS TRADITIONALLY BEEN CONSIDERED AS SOMEWHAT EXCLUSIVE.

There is the delightful tradition of gluing broken teapots with gold so that the cracks remain visible and the piece attains a unique identity. As far as we can generalise here, this differs greatly from the “Western” understanding in which cracks are something inherently faulty and should be made invisible through reparation or else the object would have lost most of its worth. Instead, the cracks are highlighted and symbolise something crucial: the individuality of an object and its unique history, which are the determinants of its perfection. In Japan, looking for the »BEAUTY OF IMPERFECTION« is seen as an act of generosity and perfection in some contexts can come with a distinctly negative meaning – certainly a surprise for the European observer. But for which contexts is this the case, and for which is it not?

SEVERAL QUESTIONS ARISE: WHEN THINKING OF »PERFECT«, IS IT SYNONYMOUS WITH »BEAUTIFUL«? IS FLAWLESS THE SAME AS PERFECT? AND, GOING ONE STEP FURTHER, ONE MIGHT ASK WHETHER THE »PERFECT« CAN EVEN EXIST?

Perhaps the easiest context that allows for a legitimate use of the word would be the culinary, since the consumption and enjoyment of food is so strongly connected to personal taste that it has to be entirely subjective. Only, can something be considered as “perfect” already if it is perfect in the eyes of just one person? Or do several, or all, have to agree on that it is indeed perfect, given its absolute nature? Are there differences in the understanding of perfect regarding different purposes? In Europe (as well as in other parts of the world) there is the popular assertion that “nobody is perfect”, which can be applied to pretty much any context and is supposed to relieve some of the stress surrounding perfectionist behaviour and the pressure resulting from comparison. Similarly, there is what Nietzsche described as »DER REIZ DER UNVOLLKOMMENHEIT«, the charm of the imperfect. It becomes evident that there is no general answer, since everything related to the human body itself is being examined by use of a different scale.

It seems as if here, the concept of “perfection” is very much alive and different from the generosity applied to evaluating the appearance and identity of objects: What concerns them directly, from make-up to exterior and looks to personal improvement and even to indicators regarding work performance, people seem to be much stricter with themselves than they are with objects around them. Regarding one’s looks, perfect in the eyes of many equals flawless. And while the ideas about beauty standards may vary, the desire of achieving perfection in the framework of these standards is rather similar in all parts of the world. It has also proven to be timeless. Of course: Beauty standards may have been changing over time. But it seems unlikely that the global pursuit for perfection in complexion will vanish anytime soon.

While reminding ourselves that perfect skin is neither a matter of skin colour nor of age, and that beauty ideals are just that: ideals, not targets that determine if we are worthy or not – they can still offer a great deal of inspiration. When it comes to our skin, we damn well better follow the rules our grandmothers have been repeating like mantras: Prevention is better than damage control.

TREATING YOUR SKIN IS TREATING YOURSELF. BALANCE IS KEY. TRUST YOUR SKIN. AND, MOST IMPORTANTLY: ARE THERE REAL DOWNSIDES TO SMILING MORE OFTEN?

My name is Jasmin, I’m a travel and lifestyle blogger and write for my blog my-berlin-fashion.com , that’s been existing since 2010. Thanks to my trip around the world, I discovered my love for Japan and address this destination in all of my subject areas.

»Skincare is the keyword here«

How did you experience the landscape and the people?

Japan is incredibly diverse. On the one hand, you experience absolute modernity, or maybe even the future, in cities like Tokyo or Osaka, and on the other hand, you can go to the temples that are only a few steps away and witness culture and tradition that’s been in Japanese history for centuries and still lasts and is appreciated. Japanese people are unbelievably friendly and helpful which is one of the reasons why, in my opinion, Japan is the most beautiful country in the world.

What is especially exciting about Japanese culture?

The profundity. Since I teach myself Japanese and already speak, write and read the language, I became more aware of some things. The Japanese language is full of beauty. Take, for example, the word »HANABI« (花火) which means »fireworks«. The word consists of the characters for flower and fire and, thus, is translated »fire flower«. It’s just one of the many examples. But next to the language, it’s the attitude towards life and the understanding of gratitude in Japanese culture that I like so much.

How did you perceive Japanese beauty rituals and J-Beauty?

In general, Japanese people put a lot of emphasis on purity and cleanliness. The word for »beautiful«, »kirei«, actually means »clean«. During their beauty routine, Japanese people also pay a lot of attention to purity and care. Unlike in America, for example, it’s a very clean look in Japan. Skincare is the keyword here. 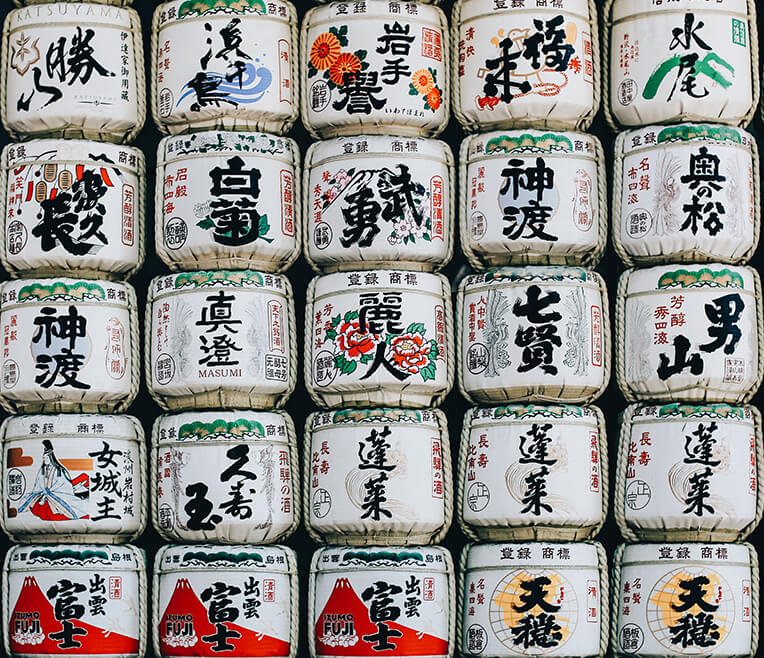 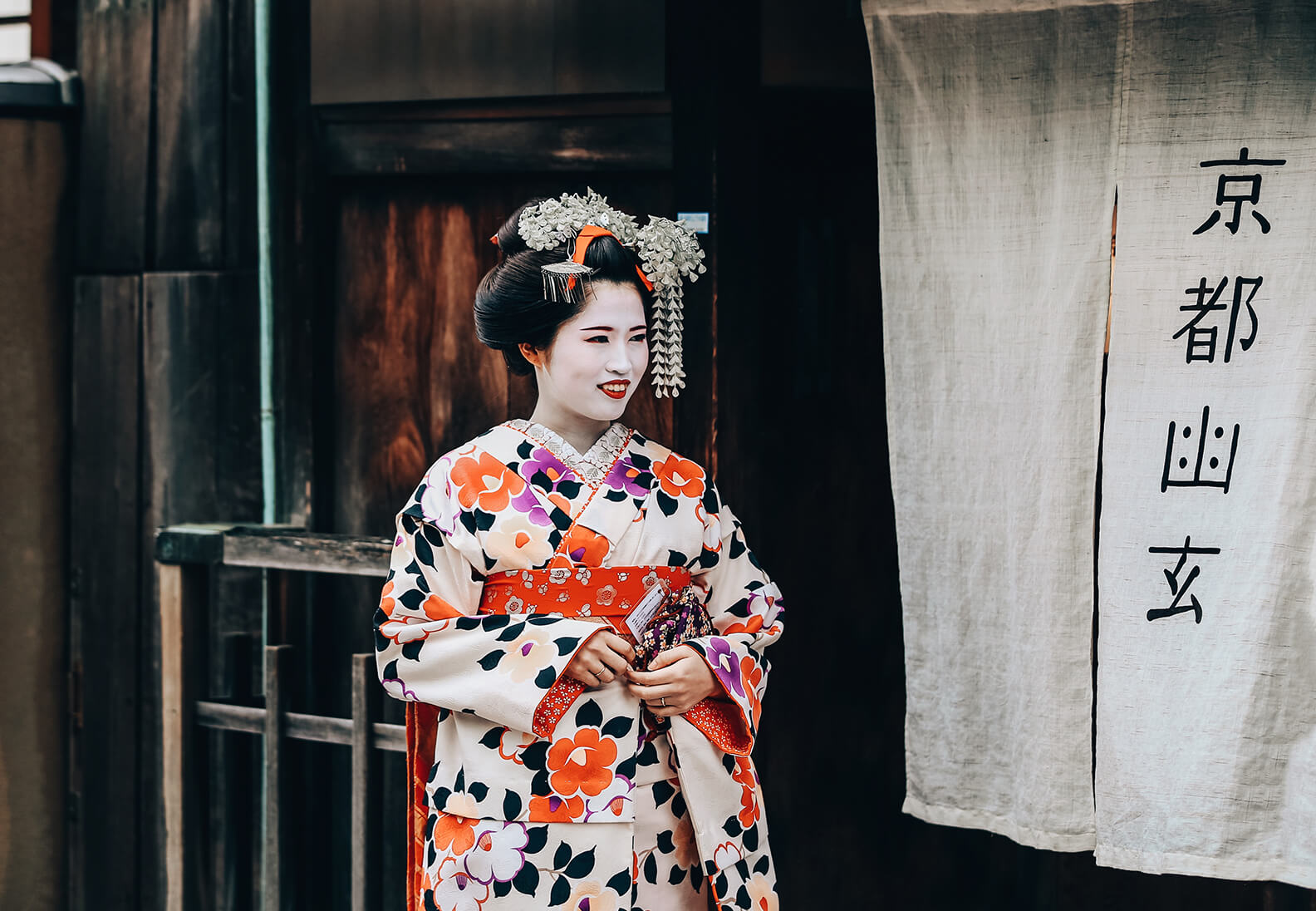 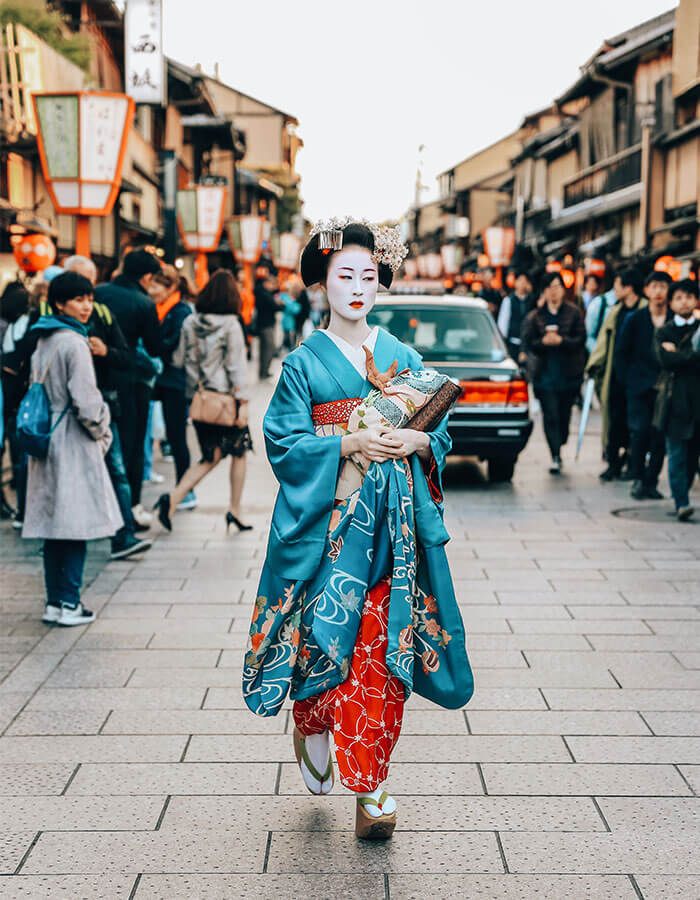 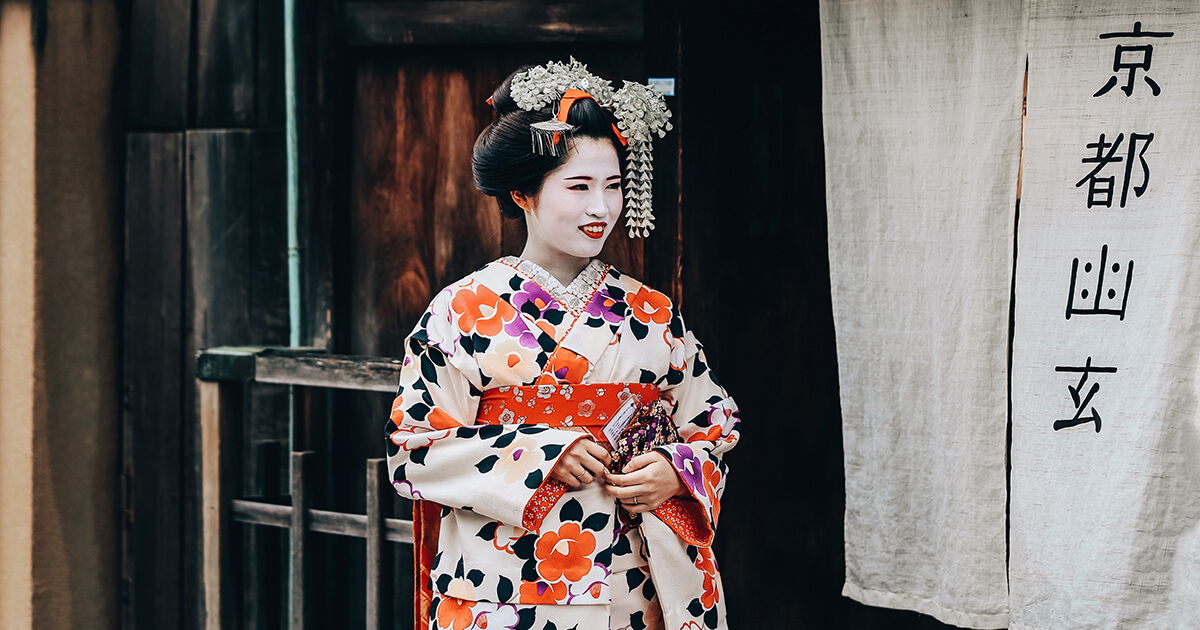