A cultural history of the floral bouquet

They facilitated the journey to the afterlife in Ancient Egypt, were celebrated as a perishable gift during baroque times and were important merchandise during the tulip mania: flowers! Read about why we started gifting flower bouquets, carrying them on our wedding day and using them to decorate our homes in this small but interesting cultural history of the flower bouquet by Barbara Eichhammer in sisterMAG No. 47.

A little cultural history of the flower bouquet

In ancient Egypt, they used to ease the passage of the dead to the afterlife, the Baroque age celebrated them as transient gift and during the »tulip mania«, they turned into the most popular commodity of the world: flowers. In our little cultural history, we will show you how it came about  that we give flower bouquets as presents and decorate our homes with them. The history of flower bouquets also allows us to draw exciting conclusions as to the mentalities of each epoch.

When archaeologist Howard Carter discovered the Egyptian mummy of Tutankhamun in 1922, he also found bouquets of blue lotus flowers and nightshade berries on the coffins. Carter is said to have been downright touched by the floral bouquets, which testified to thousand-year-old burial traditions. Fresh-cut flowers were popular funerary objects in ancient Egypt. Thus, the oldest evidence of the cultural use of posies was found in Egyptian depictions from the year of 1540 BC. They show burials with floral arrangements made from red poppies, yellow mandrake and blue corn flowers. The Egyptians also used sprays for spiritual purpose: They should banish evil spirits, in order to ease the passage of the dead to the afterlife.

During ancient times, flower bouquets were popular decorations and gifts; for the first time not only for the dead but also for the living. The ancient Greeks gave their women flowers to appreciate their beauty. On special occasions, they adorned their hair with flower crowns. In ancient Rome, for instance, floral arrangements signified a lavish luxury: Whole rooms were decorated by the Romans with rose petals or saffron blossoms. The demise of the Roman Empire in 550 A.D. put an end to such an opulent flower culture. The early Christians, however, distrusted flowers, for they saw them as evidence of the decline of heathen cultures. In the wake of Christianisation, the flower bouquet lost its importance in Europe. Solely Benedictines and Cistercian monasteries tried to preserve the ancient knowledge of flowers in their cloister gardens. In 800 A.D., Emperor Charlemagne gradually changed the medieval discourse on flowers. During his campaigns against the Moors in Spain, he had the opportunity to explore the impressive Arabic gardens, in which flowers were seen as a symbol of the Divine. Charlemagne was so impressed that he demanded a certain amount of medical healing plants and ornamental flowers in his castle gardens. While the art of flower binding, Ikebana, had been practiced in Japan since the 6th century A.D., it should still take more than 600 years in Europe to re-discover the floral bouquet as art form.

The flower bouquet celebrated its comeback in Europe during the Early Modern Age. The Renaissance revived countless ideas of ancient times. Thus, it was during the 15th and 16th centuries that also the ancient custom of giving a floral bouquet as a present was rediscovered – even if it was purely for practical reasons. The heavily scented blossoms were intended to cover strong body odours. Not romantic, but true: This is also how the tradition of the bridal bouquet came into existence during the Renaissance. Mostly, brides wore posies consisting of fresh, aromatic herbs such as rosemary and myrrh. They should conceal body odours, banish evil spirits and the strong scent of incense in church. The first real flower gardens in Germany developed after the fall of Constantinople (1553). Through the end of the Byzantine Empire, more and more bulbous plants like tulips, daffodils and hyacinths were imported from Turkey to Europe.

During the 17th century, flowers attained a new aesthetic significance: The flower bouquet was stylised as an art form of the ephemeral. The epoch was essentially shaped by the terrors of the Thirty Years’ War (1618 – 1648). For almost three decades, the fear of death dominated everyday life. Antithetical motives defined contemporary discourses: Vanitas symbols emphasized the transience of being and reminded humans of their mortality, which was in stark contrast to the baroque idea of »Carpe Diem«. Fresh flowers symbolised beauty and decay at the same time. Cut flowers were considered to be the emblem of vitality and the sign for the fleetingness of time. After all, flowers are always already doomed to wilt. Thus, withered bouquets and freshly blooming sprays developed into one of the most important aesthetic principles in baroque still lifes.

How much floral arrangements coined not only social, but also economic life during the 17th century  can be seen regarding the Dutch »tulip mania«: Tulips had been such an integral part of aristocratic gardens since their introduction in Europe in 1560, that the new commodity turned into a desired collectible and object of speculation. Between 1632 and 1637, there was a veritable tulip hysteria in the Netherlands: The bulbous plant was traded at the tulip stock market at staggering prices. Temporarily, the market value of one sole tulip bulb was at 800 guilders, the fivefold of the average yearly salary. A »Semper Augustus« tulip bulb is said to have cost 10,000 guilders – until the market crashed in 1637. The tulip mania was the first speculation bubble in economic history and shows  how much flowers triggered the collective passions of the baroque people.

The language of flowers

During the 18th century, it was a complex imagery of flowers that became »en vogue« among the aristocracy of the time. Flowers were suddenly used as nonverbal medium of communication. Such a »language of flowers« was first documented by Lady Mary Montagu in her »Letters from the Orient« (1718). During her travels to Constantinople, she encountered the hidden meanings of Ottoman blossoms, which conceptualised flowers as semiotic signs: Iris signified loyalty, red roses meant love and corn flowers indicated hope. Even insults and accusations could be expressed nonverbally with the help of flowers. Such hidden floral codes triggered a hype amongst European aristocrats, which also enabled noble women, despite restrictive circumstances in the 18th century, to communicate their social wishes and conflicts in an adequate way. The first florists thus did not create their bouquets for visual taste but rather created bouquets according to the hidden messages they should send.

It was during the 19th century that the middle classes finally appropriated the flower bouquet to their own lifestyle: At the heyday of clipper ships – fast freight sailing ships – in the middle of the 19th century, more and more exotic flowers came to Europe. Merchants imported azalea and rhododendron from China, as well as gladiolas and freesias from South Africa. In the wake of industrialisation, it was also easier to manufacture inexpensive vases in factories. Thus, the floral bouquet found its way into the bourgeois home: While cut flowers had been a privilege of the nobility, the middle classes now began to decorate their homes with flower sprays. By appropriating the customs of nobility, the middle classes wanted to demonstrate a high-class lifestyle and noble respectability. In this time, the bouquet developed into an independent and consciously designed form. It was no longer just a present, but also an object of interior decoration.

Flowers and how we use them always tell us something about the sociocultural circumstances of their time: As transcultural commodity, they sketch the fateful ways of colonialism. They show how technical innovations in sea and air travel changed our consumer world and how social developments such as industrialisation brought them into our homes at reasonable prices. Meanwhile, we can have them flown in or order them online. But bouquets have still not lost their fascination in the 21st century. 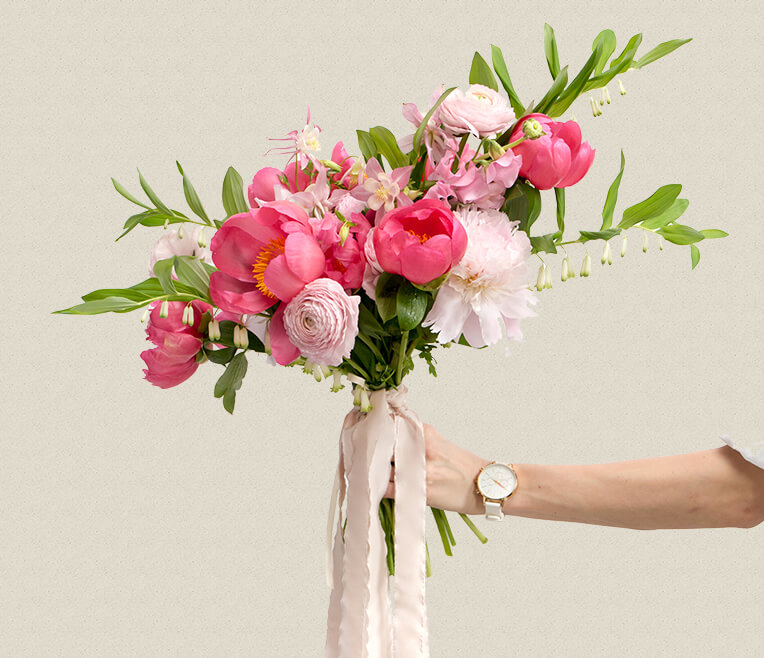 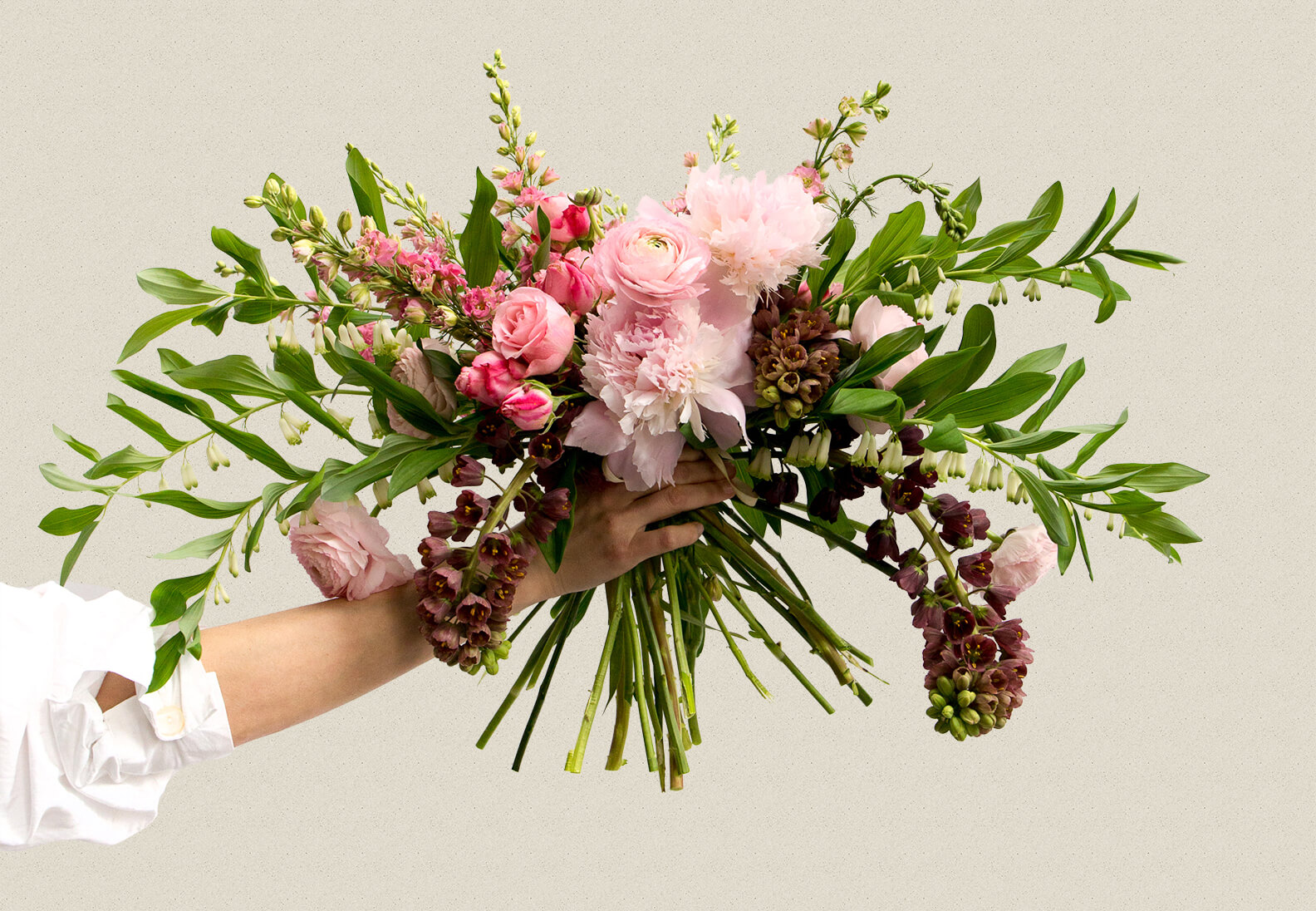 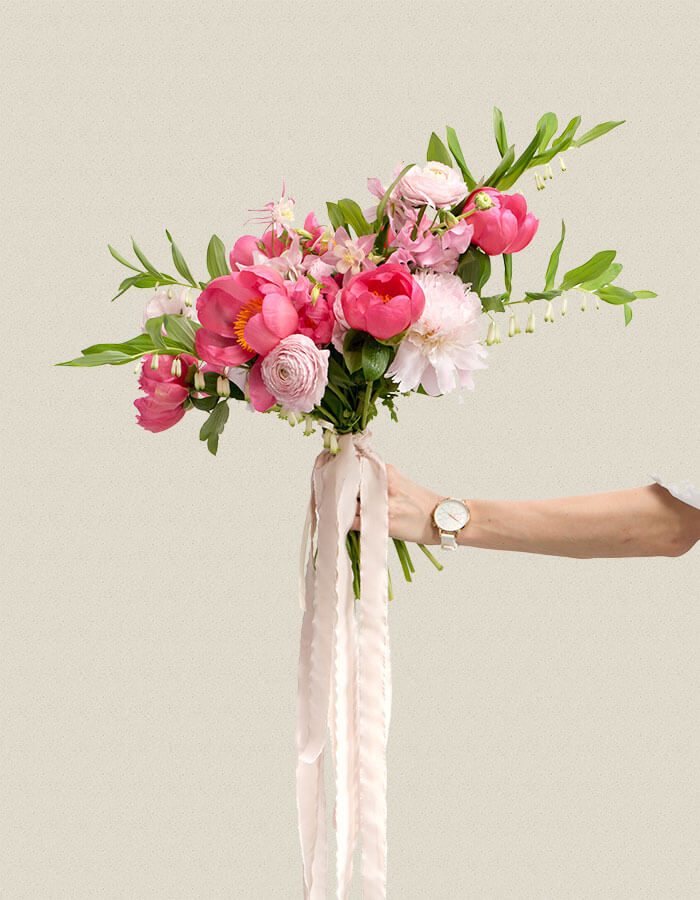 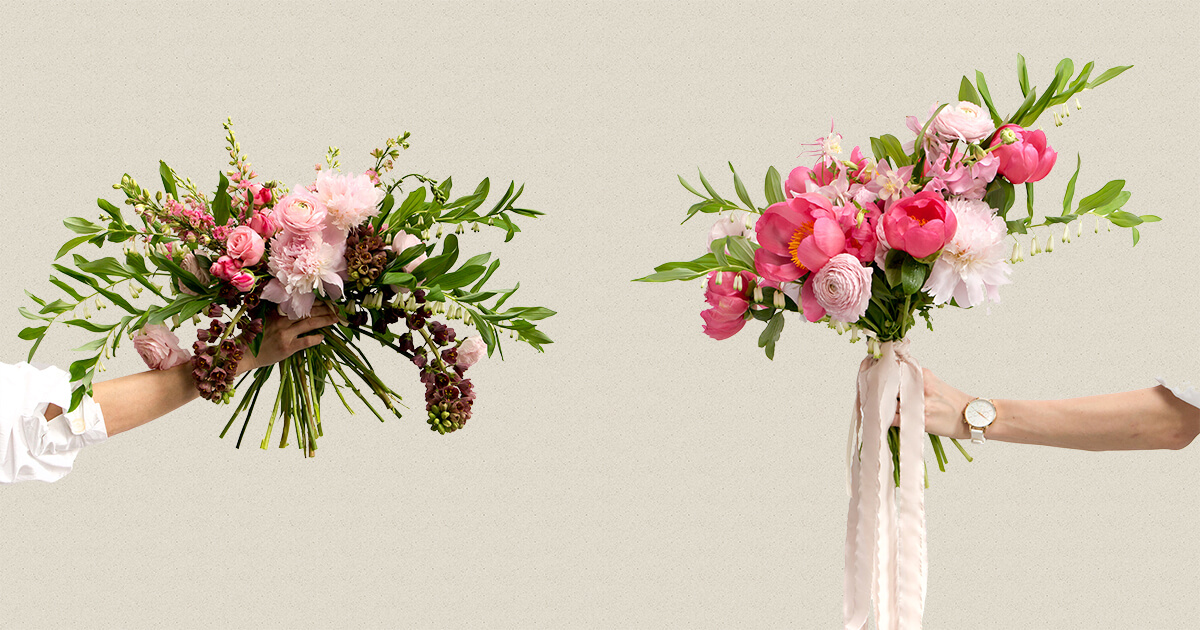