Not everything in life is a breeze. Sometimes there are situations in which you feel compelled to just »jump in a triangle« (translated from the German proverb »im Dreieck zu springen.«). But where does this proverb actually come from? And how did all the triangles that dominate our everyday lives come about?

Three sides, three angles and, above all, three corners. That’s what a basic triangle is all about. And yet there is so much man-made meaning behind this polygon. After all, it’s quite difficult to stumble across triangles in nature – aside from the formation of crystals. Otherwise, however, they are subject to creation and symbolization at the hands of humans in many different aspects of life.

Mathematics explain one origin of the triangle. The Egyptians and Babylonians were concerned with this geometric form thousands of years before Christ and even used an instrument similar to today’s protractor to measure land during floods of the Nile.

A Greek scholar named Pythagoras was the first to deal with right-angled triangles around 500 BC. He found out that the sum of the squares of the two shorter sides resulted in the square of the longer side. His equation – a² + b² = c² –  became known as the pythagorean theorem and is still relevant today.

While mathematical triangles can appear in different proportions – equilateral, isosceles, obtuse, etc. – religion is mainly concerned with a particular form and its symbolism. Christian believers focus on the equilateral triangle, whose sides are all of equal length. The tips stand for the Holy Trinity, the unity of God in three beings: the Father, the Son and the Holy Spirit.

Furthermore, since the 17th century this type of triangle has been associated with the symbol of the all-seeing eye of God, which rests at the centre of the shape. Some theologians even see the triangle as a symbol of infinity.

Triangles don’t just evoke symbolic meaning in religion. We often observe them in our everyday lives in a variety of situations. If you look closely, they are everywhere – on the street, for example, as traffic signs. You can begin to understand the symbolic power triangles possess.

Their broad base provides stability, while the top stands for energy. And it flows in the direction in which the tip points. In the case of traffic signs, the tip usually points upwards, thus generating a certain expressiveness and effectiveness. This is reinforced by a white background with a striking red frame and symbols in the centre. Traffic signs warn us of potentially dangerous situations or inform us of road rules such as right-of-way. As red and white cones they also guide us along a desired path.

Whether in painting, installations or body art, triangles permeate creative expression. In tattoos, for example, or in the work of our Artist of the Month. Patterns of triangular forms dominate Sans titre by Abel Martin. Their tips, and thus their flow of energy, are clearly recognizable, but here the triangles are interwoven like a zipper and thus give each other support. This is at the same time an essential characteristic of triangles, because they can be endlessly united vertically and horizontally. They are adaptable and exchangeable. Some people might think of the so-called hipster triangle, which is patterned across tote bags, CD covers, jewellery or tattooed on upper arms. Perhaps it’s fitting that there’s a certain irony in the philosophy of this movement.

Of course, architecture can also be counted as a form of art. Observing many impressive buildings reveals that there are often deliberate triangular shapes at play. They move beyond the usual right-angled form and testify to authority, as in the form of gables and, above all, pyramids. They stretch their tip straight towards the deity, presumably in order to create a connection between life on earth and the divine.

Music is also art. Instruments such as the triangle are significant precisely because of their special form. A quick music class refresher: The triangle is a round steel rod that is formed into an equilateral triangle and open on one side. If you strike the base with a metal rod, you hear a loud forte tone. Quieter piano tones are produced by alternatively quickly striking the sides within the upper third of the open arm. Voilà, the triangle is an element within an ensemble that may look simple but is refined and multifunctional.

But why do we talk about triangles even when they are not exactly recognizable as such? Some examples include Autobahndreiecken (highway junctions) and the Bermuda triangle. The explanation is quite simple: common terms are often used to break down complicated arrangements in large landscapes. In an Autobahndreieck, for example, multiple highways merge seamlessly into one another in a triangular shape when viewed from the air. The Bermuda Triangle is named based on its location between the Bermuda Islands, the south of Florida, and Puerto Rico.

So how did the aforementioned proverb come about? The answer lies in the prison of Berlin-Moabit. In the middle of the 19th century, King Friedrich Wilhelm IV had it built according to a certain principle: The prisoners were not to be given communal accommodations, but individually in order to prevent exchanges. This principle of solitary confinement was to be continued when the prisoners were allowed outside. So a circular area was divided into 20 triangular courtyards with high walls in between that kept the inmates away from each other. It is said that many prisoners could not endure such isolation and therefore jumped around like wild in the triangle. 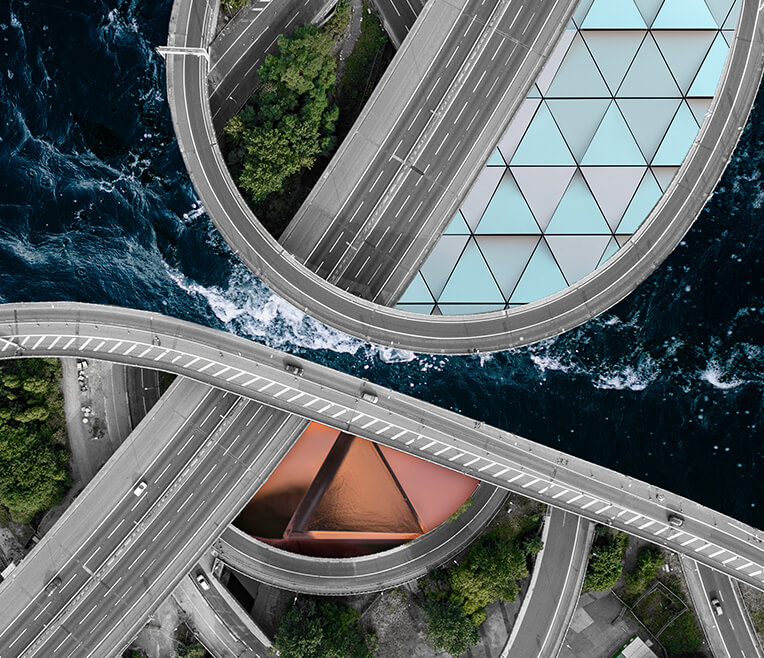 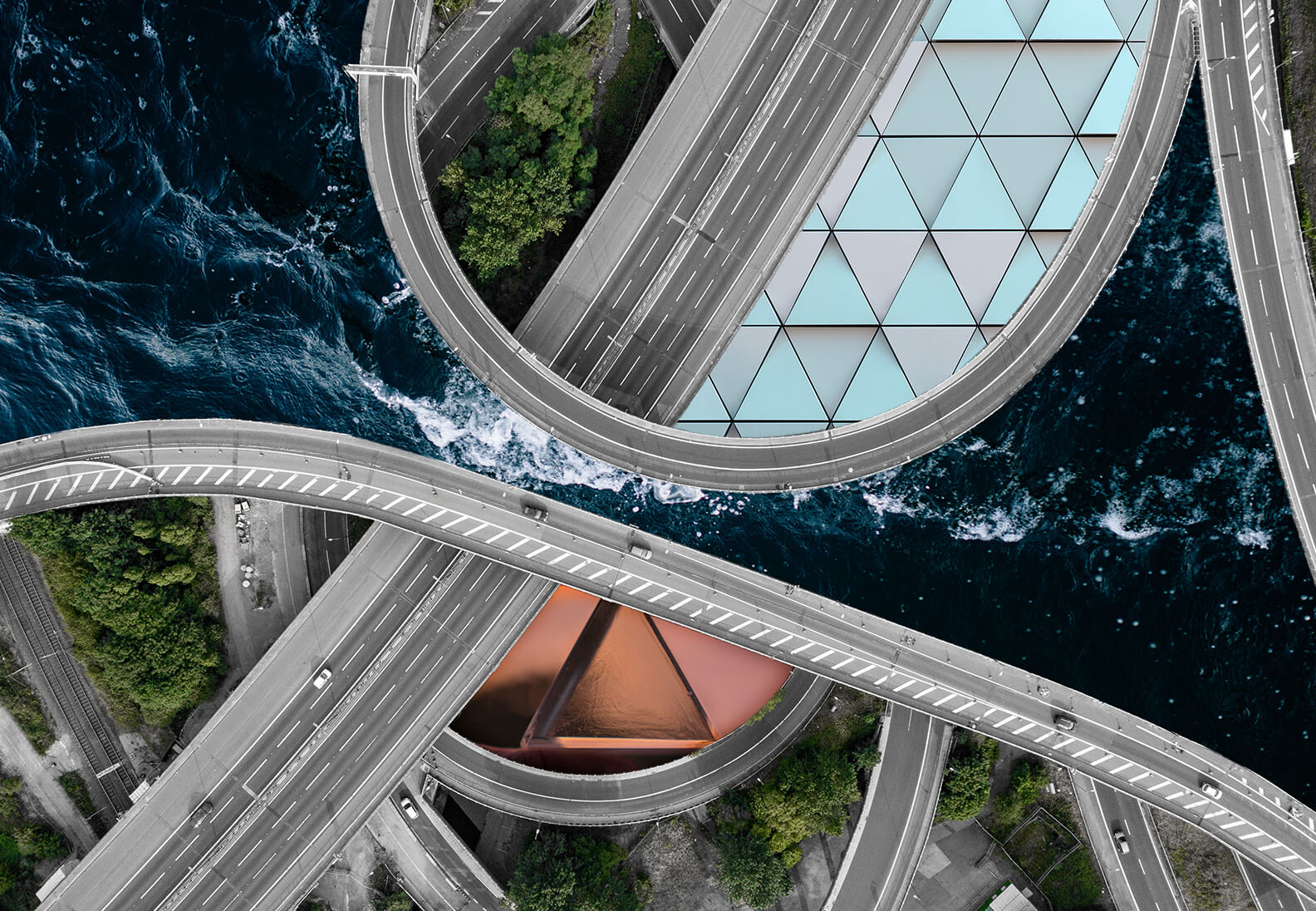 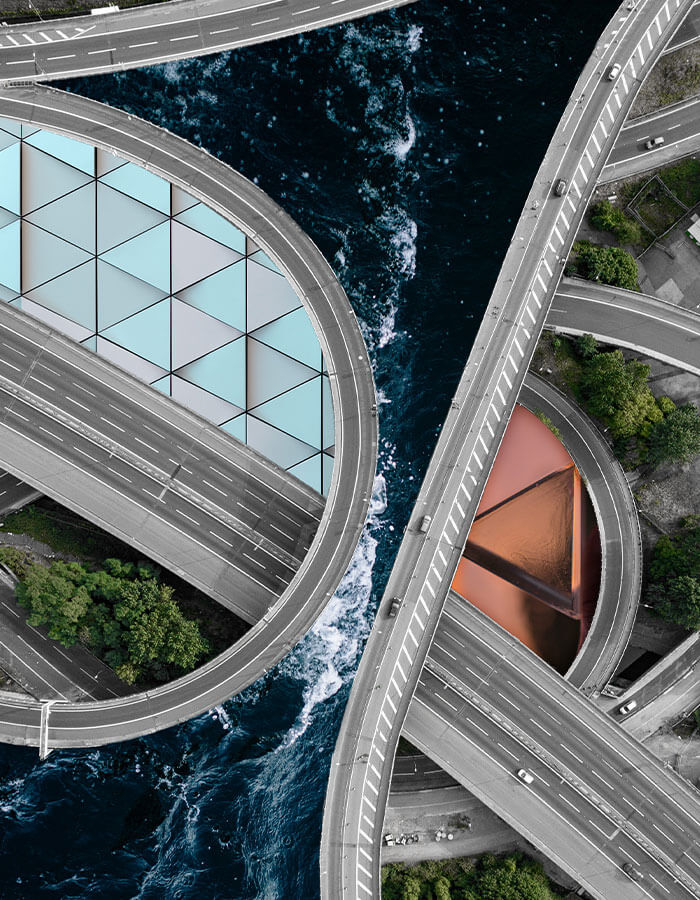 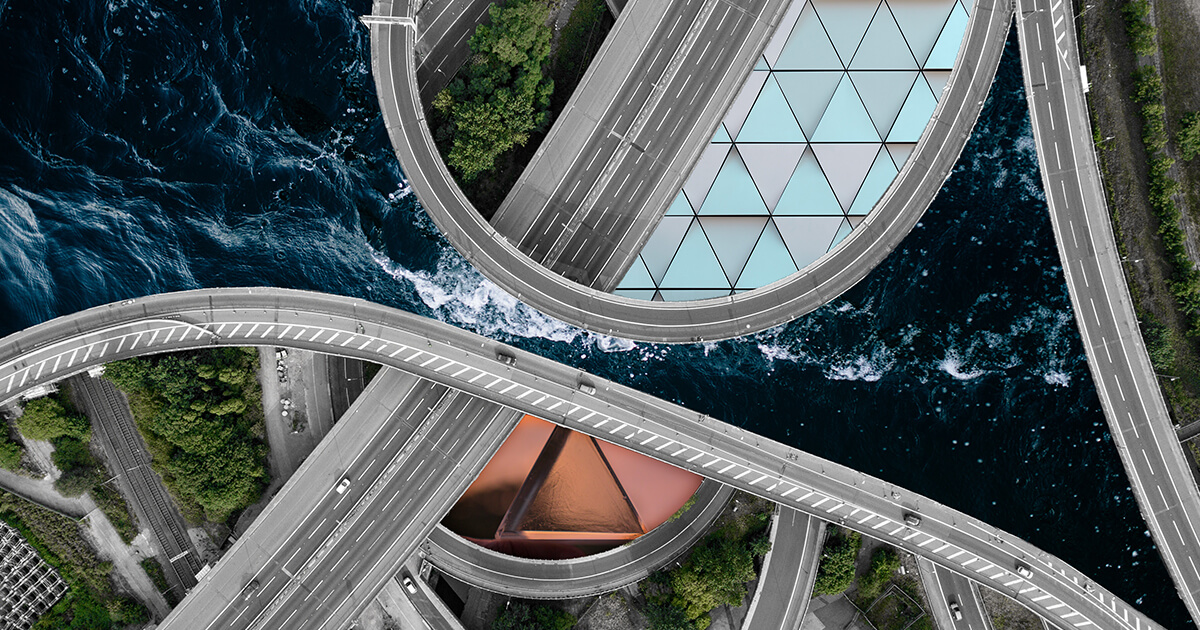