Windows from the Past – Daguerreotype

Long before film photography, there was the »daguerreotype«, a process in which light and chemicals interact with each other and create images on glass plates. A journey through time and a man with a death wish led author Christian Näthler to explore modern photography for sisterMAG.

Windows from the Past

If you think shooting on film is cool, just wait until you learn about shooting on glass.

Long before film photography there was the daguerreotype, a process in which light and chemicals interact to produce images on glass plates. Time travel and a man with a death wish led me to the founding of modern photography.

I am in Jena, moving backwards through time.

Not because that’s how it feels to be in Jena (although it does), but because, like every visit to my Opa’s house, I’ve found a box of relics from a country that no longer exists. I’m touched by nostalgia and suspense. It’s Christmas morning in October.

Inside the box are rows of glass sheets arranged like After Eights. I pull one of the squares out of the container and hold it against a window. It is a photo of my Oma and Opa on vacation in Czechoslovakia at the apex of their lives. I presume the technology in my hand is long gone. I am reminded of my Oma’s passing, and savour holding in my hand a moment in time that won’t die. I am countless layers deep in yesteryear. I meant what I said about Jena.

I wonder about the machinery that created these marvelous little disks. Come to think of it, what are they called? Siri is a nuisance of a distance away, which is all well, actually, since I’m in an analog mood. I put the square back in the box and open a New Yorker. In it there’s a profile of the nature photographer Thomas Joshua Cooper, who treks to dead ends of the earth hauling an ancient camera the weight of a watermelon. Cooper’s camera is an Agfa contraption from 1898. It looks like a birdhouse with legs. Though he shoots on retrofitted Kodak film, originally the camera was fed glass plates.

Photographic plates are to photography what wheels are to a car. In the 1820s, the inventor Nicéphore Niépce painted sheets of glass and metal with asphalt which, when placed under a paper image and exposed to light, hardened the image onto the glass. He called the process heliography; the Greeks understood it to mean »sun-writing«. Niépce’s heliographic process produced the world’s first permanent photograph, »View from the Window at Le Gras«, on a tin plate. It looks like a work by Gerhard Richter.

Starting in 1829, Niépce collaborated with the French painter Louis Daguerre. Daguerre refined Niépce’s invention with an image-making method that used mercury fumes to produce a photograph on silver-plated copper sheets. The image-taking happened in the camera obscura, Latin for »dark chamber«. Niépce died in 1833. In 1839, the daguerreotype process became the global standard for photography.

The most remarkable part about the New Yorker profile is Cooper’s process. It was more philosophical than technical: he made only one exposure at each location. Many of the locations he visited throughout his career required him to balance life and death, often literally. Imagine spending weeks traversing the Arctic’s treacherous sea and ice for one push of a shutter button. It was not until he played chemist in a dark chamber, back on safe terrain, that the image revealed its personality.

In my own dark chamber, my Opa’s attic in which I found the box, I marvel at Cooper’s austerity. He may shoot on plastic now but he works with the deliberateness demanded by glass. It is the antithesis to digital photography in the iPhone age with its rapid-fire shuttering and 50,000 photos on the camera roll. These days, we’re barely conscious of the things we photograph. Photo-worthiness is no longer determined by asking, »is this interesting?« but, »is this shareable?« We see life through a screen, press a finger on the glass, and trust in the cloud.

I take more glass plates out of the box and observe the scenes and the people as my Opa would have when he was taking the photos. I recognize some of the figures. Many are strangers. One of them looks like Richter’s »Woman Descending Stairs«. I take a photo with my iPhone and send it to a friend. 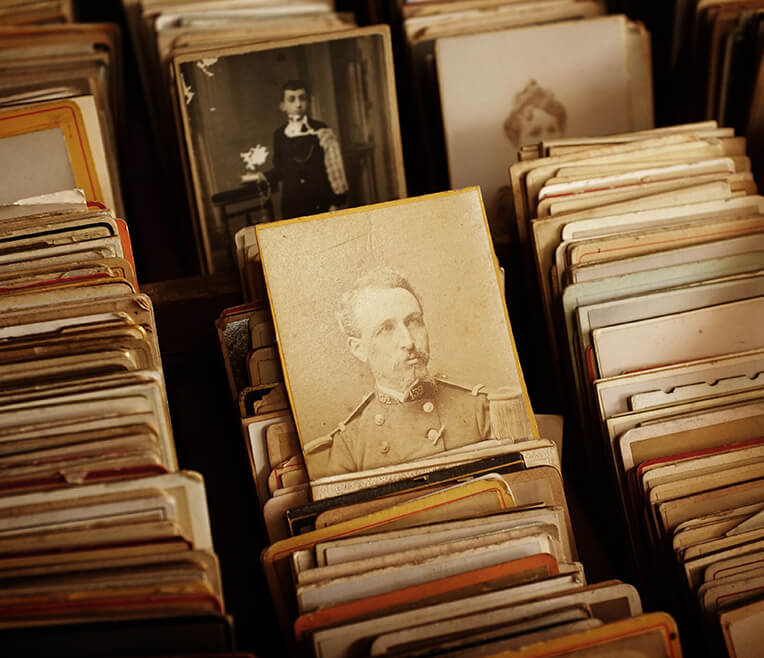 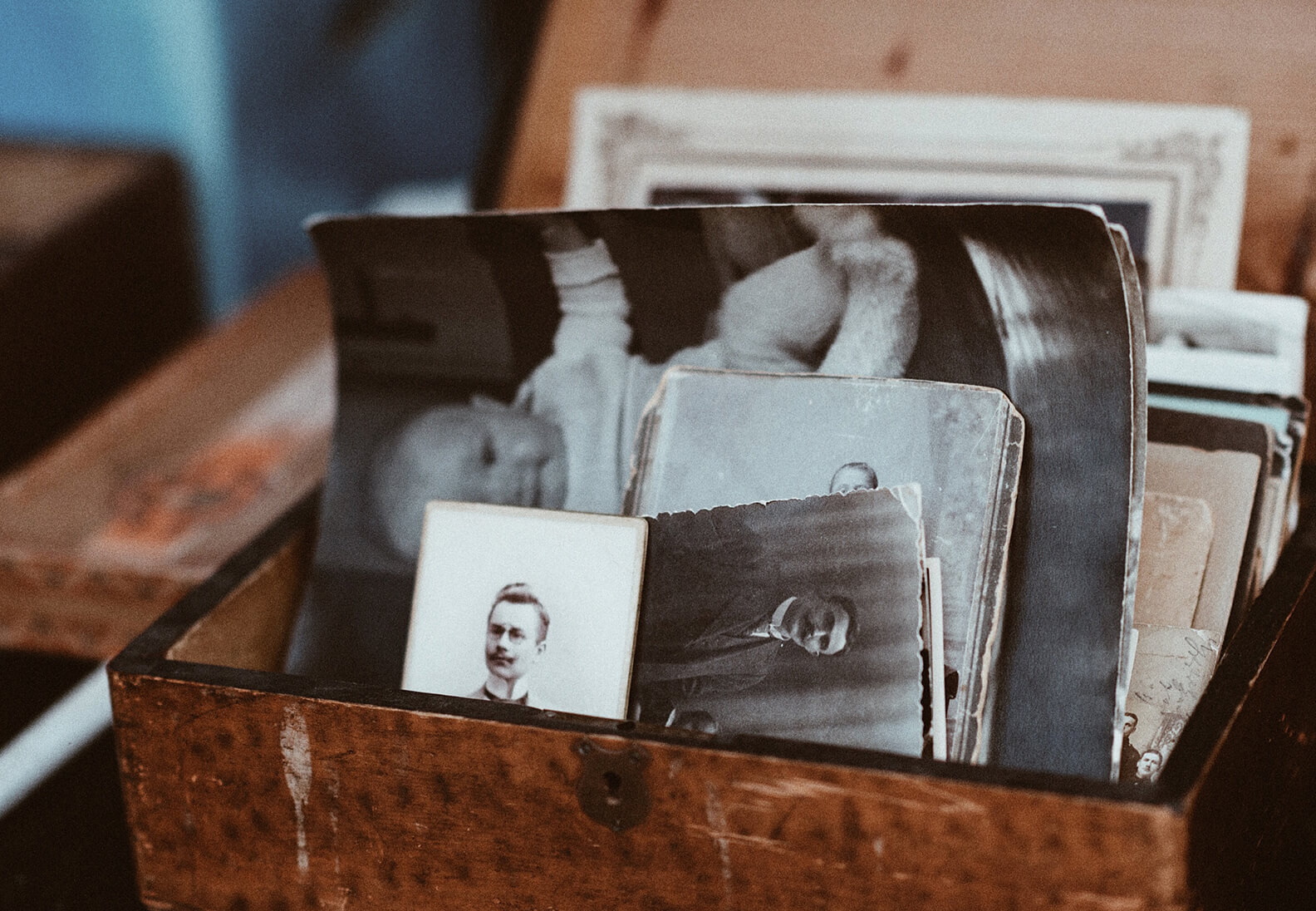 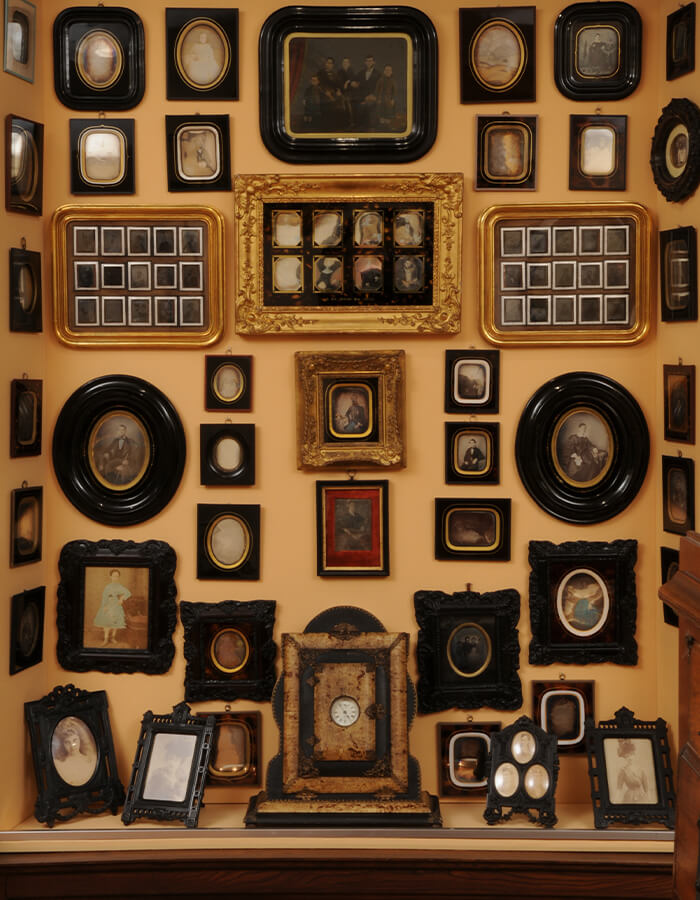 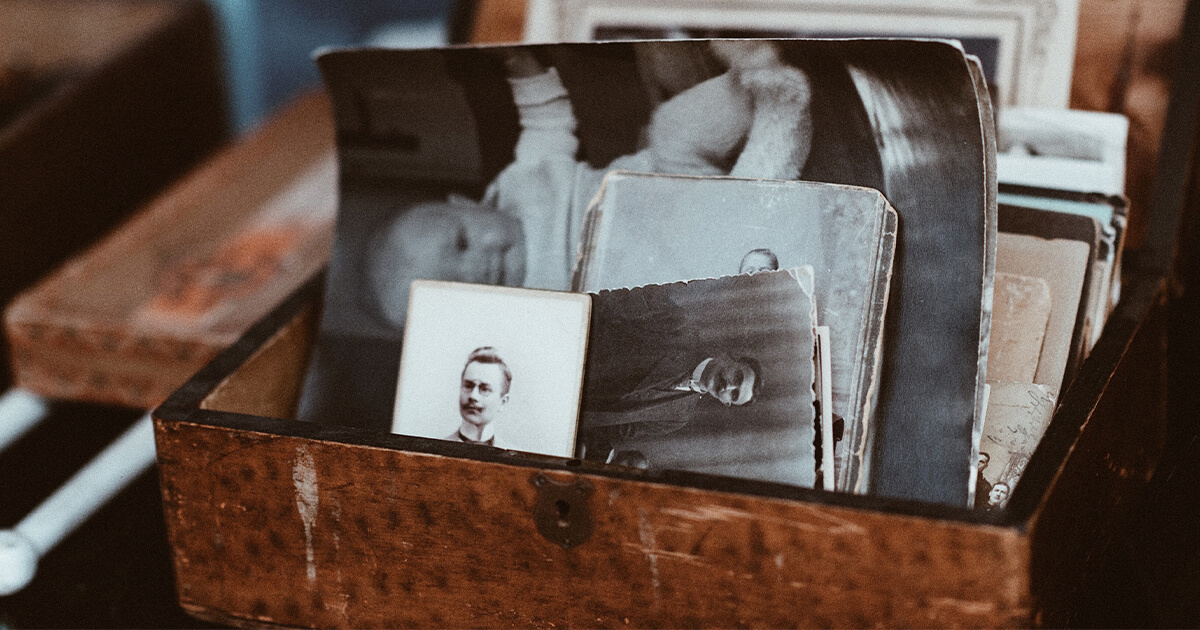