After the »Happy End« – Part 2 with Juliane

sisterMAG founder Toni Sutter talks with intercultural couples about their love story and about how things developed »after the happy end«. In the second part of the series, Juliane who moved to Sweden for love, provides insights into her relationship which unfortunately broke down after more than a decade. How does the move to another country work? How do you find a job without being a native speaker? Why is the couple going their separate ways? All this and more you will read in this new series.

Which countries do you two come from?

He is from Sweden; I’m from Germany.

How did you meet?

We met in a very classic way at a rainy midsummer party in Sweden mutual friends of ours took me to in 2007.

How did you decide which country you want to live in?

At the beginning of our relationship, I worked in Norway and we commuted between Vestvägoy, an island above the polar circle, Berlin and Southern Sweden. This was very exhausting, and we knew quite soon that we want to have our residential basis in Sweden. For him, the step from Skäne to Berlin would have been a very big one. My theatre job made it easy to get along with new places. That’s why we chose Sweden.

Your relationship came to an end after more than a decade. Can you give us an insight whether, and if so, how your different cultures played a role?

The reasons for the end of our relationship are complex but the cultural background surely played a role.

At the beginning, we weren’t really aware of the classical challenges of a cross-cultural relationship, especially because the cultural differences between countries like Sweden and Germany didn’t seem so big. The one who moves to the home country of the other one inevitably widens his/her reference framework and develops a totally new consciousness for differences and similarities. I was the one who moved abroad, we only spoke Swedish with each other, which made it much easier for me to put the way my partner communicated into a social and cultural context. But it wasn’t always that easy the other way around. The move to Sweden was also accompanied by a shift in the power balance of our relationship. At first, I felt very dependent because I couldn’t do easy things like an online bank transfer or needed help with the Swedish authorities. Little by little, I learned all that and regained my independence but in all these years, a little imbalance remained.

Especially if one of the partners moves into the country of the other one, it’s important for a viable relationship that the binational couple finds a new common cultural identity in which the roots of both of them have enough space. We didn’t manage to do that but I wouldn’t miss the time in Sweden.

Has it always been a dream of yours to live in Sweden permanently?

I have always been drawn to the North. As a child and a teenager, I combed the whole house library for Scandinavian authors – from Astrid Lindgren, Selma Lagerlöf to Martin Andersen Nexo, from Stig Dagerman to Olav H. Hauge to Tomas Tranströmer. The Nordic vastness, the sparseness, the untamed nature shaped my inner landscape; this is where I feel at home.

Did you speak the language before you moved into the country?

Yes, I already spoke Swedish before I moved to Sk.ne. In 2007/2008, I worked for a theatre in Lofoten in Norway. The official work language there was English but nobody really stuck to it because Scandinavian people speak in their respective mother tongue to each other. After a few weeks, I got a feeling for the languages and communicated in a mix of Norwegian, Danish and Swedish. The latter then developed into a broad Sk.nska with lots of diphthongs. This is the dialect that is spoken here in the South of Sweden.

You could create a whole feature about Juliane’s Instagram: the #onebouquetperday series began 2013: Vintage dresses, wild flowers and sustainability are the topics.

How well did you know the culture?

Before we met, I already had professional and private contact with Scandinavia every now and then. That’s why many things were familiar and I didn’t see the country through the eyes of a tourist. However, I experienced the classic stages of culture shock like every expat does: the big euphoria and curiosity at the beginning, later frustration and isolation, the reorientation and the phase of assimilation. By now, I feel both German and Swedish.

How easy or difficult was it for you to build a professional career in the new country?

I studied puppetry in Berlin and was used to work in larger houses and mixed ensembles. The possibilities here were limited, object theatre has almost no tradition in Sweden. What’s more is that we lived in the countryside. In a big city like Stockholm or Gothenburg, it maybe would have been different. As a theatre professional, it was very difficult for me to gain a foothold in Sweden which is why I reoriented professionally.

What do you miss most about your home country?

Most of all, I miss the spontaneity, the warm-heartedness and the German directness.

You move back to your German home country soon. What are you looking forward to most? What will be the biggest issues of the transition?

It will take a while until I get along in my new everyday life in Germany. After more than a decade in Sweden, many things are very strange to me. The change from the country to the city will also be difficult since I move from a farm amid fields and forests into the lively city of Erfurt.

I will miss nature, my garden, the vastness, the quietness here but I also look forward to another kind of freedom. Knowing that I can reach friends in Switzerland, France or Great Britain by train from the centre of Germany is a big blessing for me. I am looking forward to theatres, exhibitions, the Thüringer Bachwochen (Thuringian Bach weeks), spontaneous visits of my friends, getting to see my little nephew regularly, a big kitchen table with candles, steaming bowls and enough chairs for the people who are important to me.

How did staying abroad shape you? In which points did you adapt to your second home country?

The change of perspective has made me more relaxed, I have become more lenient, both to me and to others. Sustainability is even more important in my everyday life. I consume much more consciously, I buy almost exclusively second-hand, I do not fly and spend a lot of time in and with nature.

The self-chosen loneliness is something that I have come to appreciate very much here. I like being alone with myself and need time in silence for my creative work. If I did not move to Erfurt in the fall and therefore had a lot on my mind, I would be hiking in the Sarek National Park in Lapland this summer, alone. Now I have at least enough time for a few days in Switzerland in a small lonely alpine hut, where I have already been staying during the last two summers. I also take home a new surname from Sweden. Thanks to the legislation here, I was able to drop my old surname and have been officially named Solväng since last year, a name nobody else wears except me.

I return to Germany with a more open, alert view and look forward to a fresh start. Maybe I’ll put down roots in Erfurt, maybe I’ll move to the North again someday. The inner compass should be realigned regularly anyways, so you know if your direction is still right.

Do you want to read further interviews in our series »After the Happy End«? Then read here the interview with Maria. 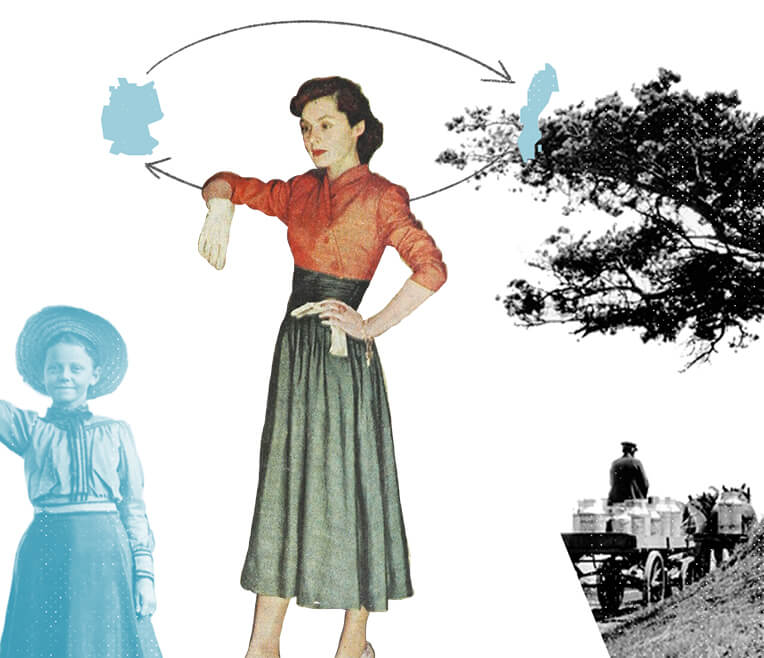 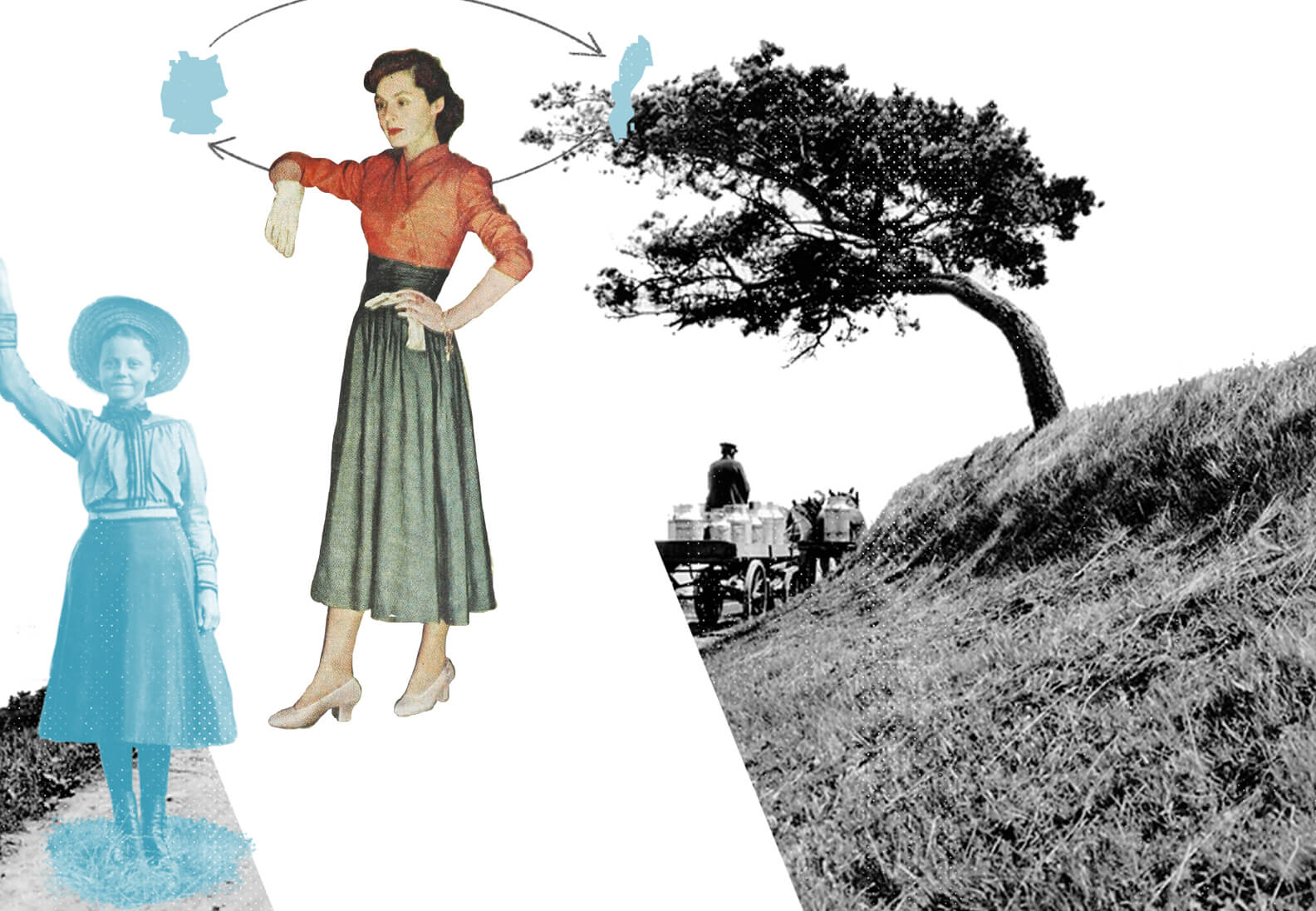 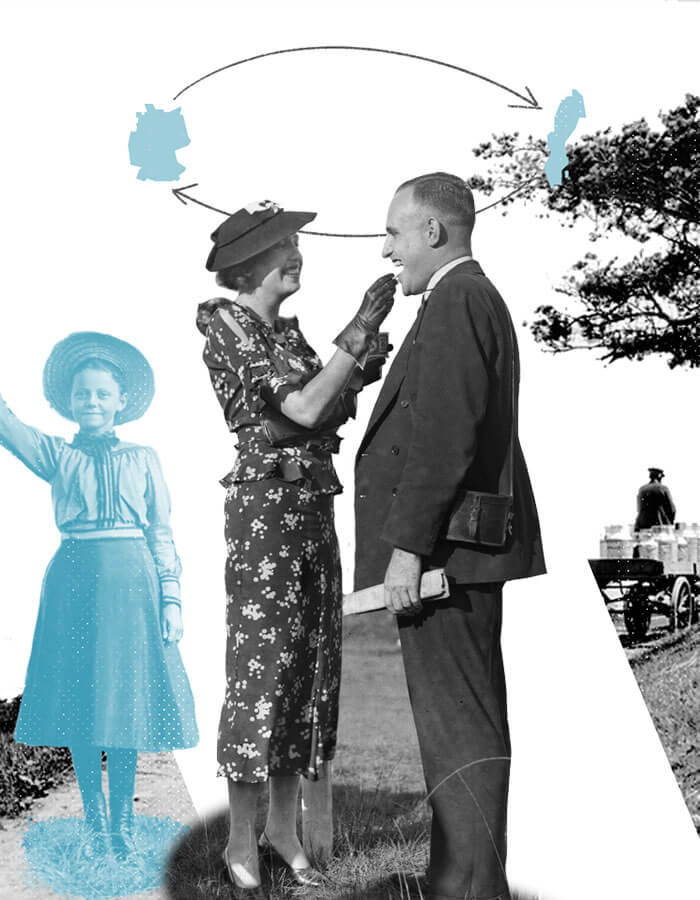 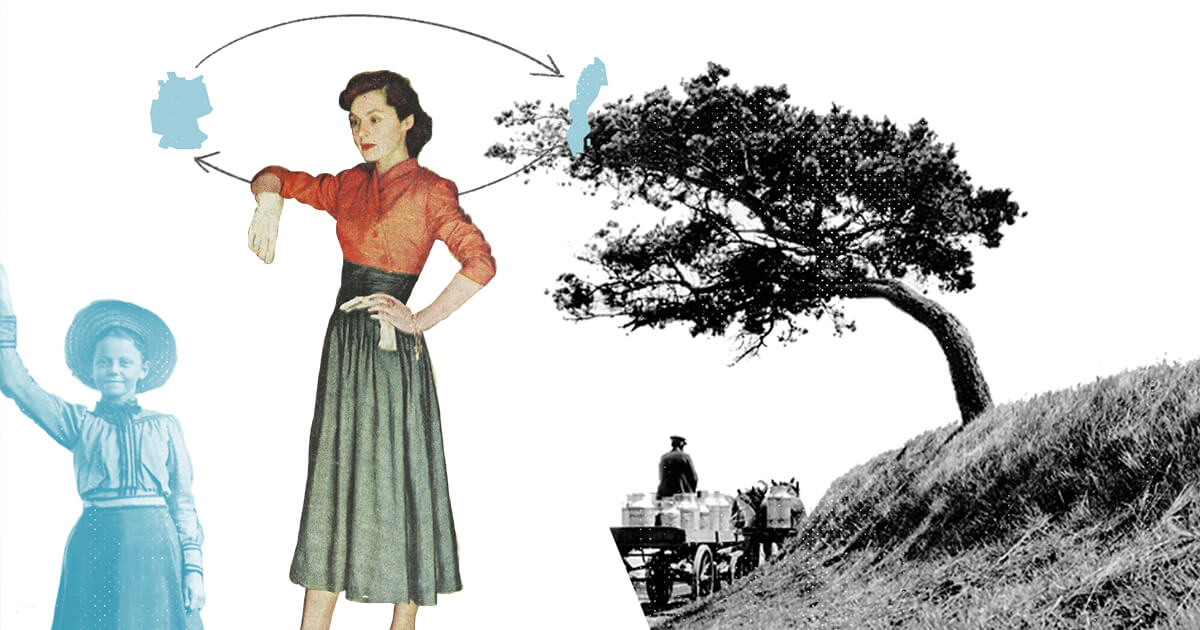