Food blogger Holly Cowgill presents her favorite meringue recipes in sisterMAG, which you can download and copy for free. Find the download for the following recipe here: »Spiced Rice Pudding with Poached Pears & Cinnamon Meringues«.

For the Rice Pudding: 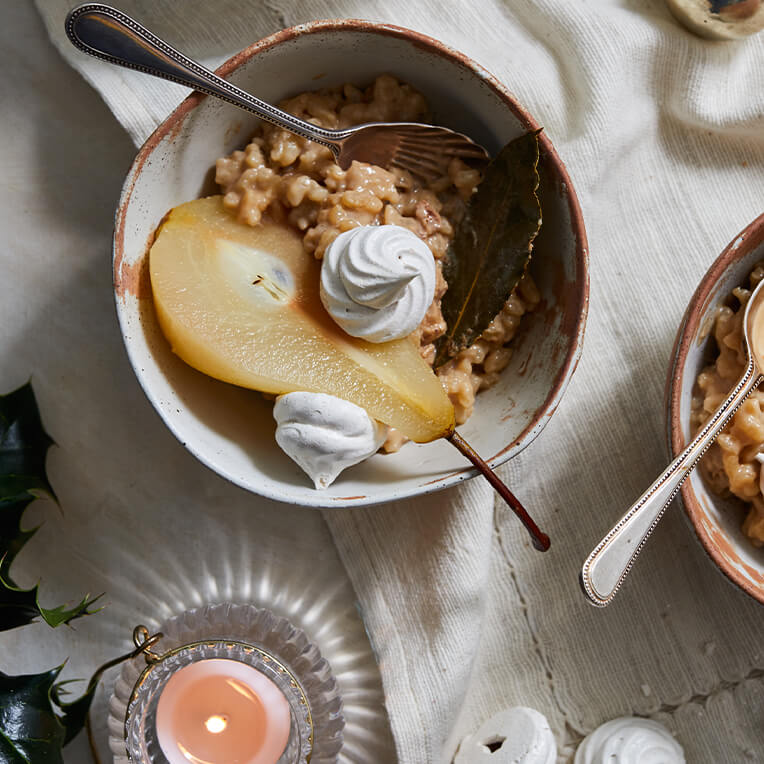 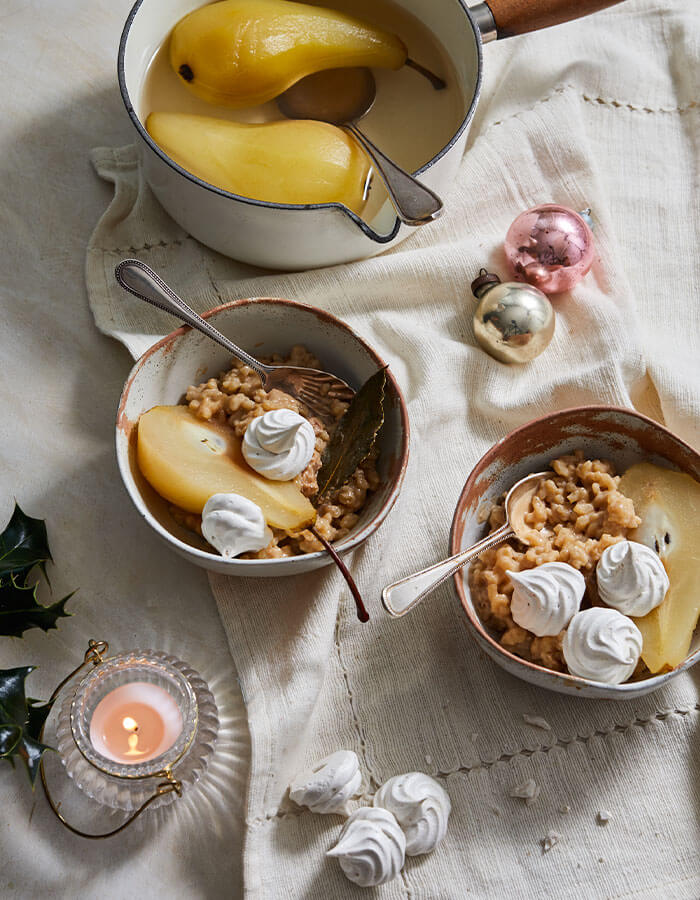 Ingredients: For the Rice Pudding:  , 100g pudding rice  , 60g caster sugar  , 700ml semi-skimmed milk (you can use any milk here, including dairy alternative if you wish)  , 0,5 tsp ground cinnamon  , 1 bay leave  , For the Meringues:  , 1,5 egg whites  , 85g caster sugar  , For the Pears: , 1/2 tsp ground cinnamon  , 200g sugar  , 1l water
We use cookies to ensure that we give you the best experience on our website. If you continue we'll assume that you understand this. Learn more in our Privacy Policy.