In preparation for the 50th anniversary issue, we had a deep look into the sisterMAG archive and prepared in addition to many great anecdotes the hard facts about sisterMAG. Would you have thought that we could fill more than 2,200 lines of an Excel spreadsheet with all the contributors of all sisterMAG editions – and that’s not including the articles that the sisterMAG team did itself or all the interviews. But more on that – and also which issue was the longest and the shortest so far – in the upcoming weeks. Today we want to focus on some exciting facts about the covers in the next part of our »sisterMAG Cover Special«.

Top 5 sisterMAG: Most shared from ISSUU

A check of the statistics of our technology provider »ISSUU« showed a very interesting hit list: 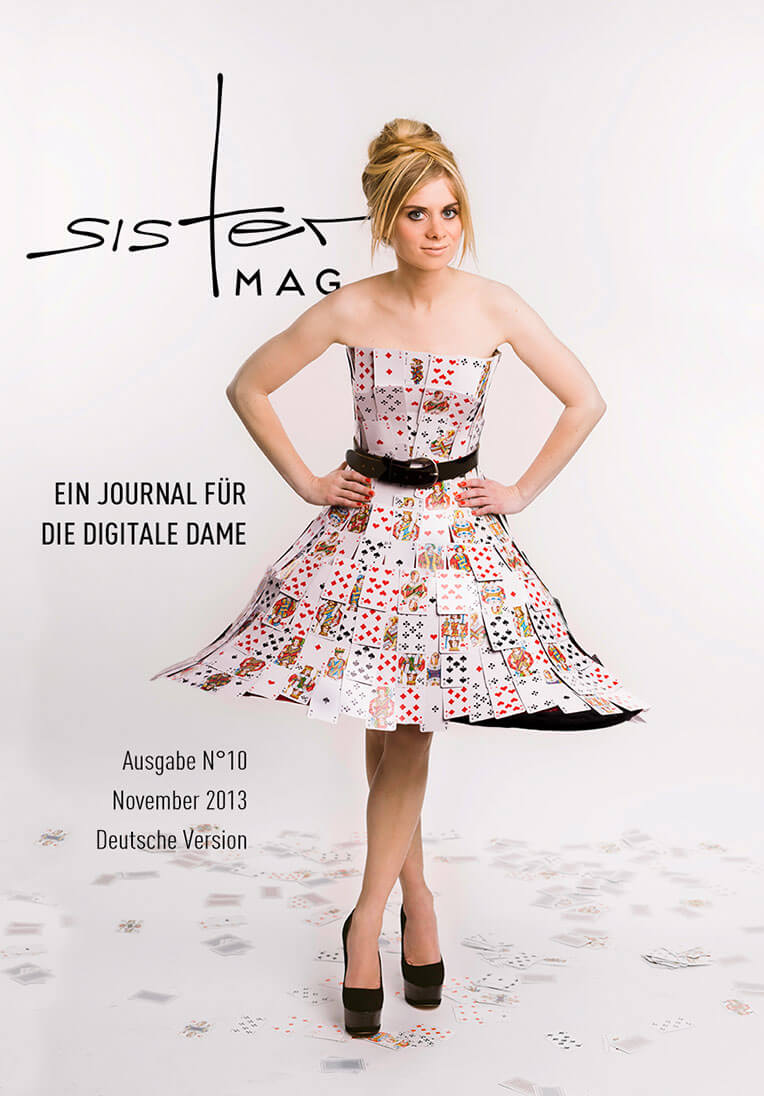 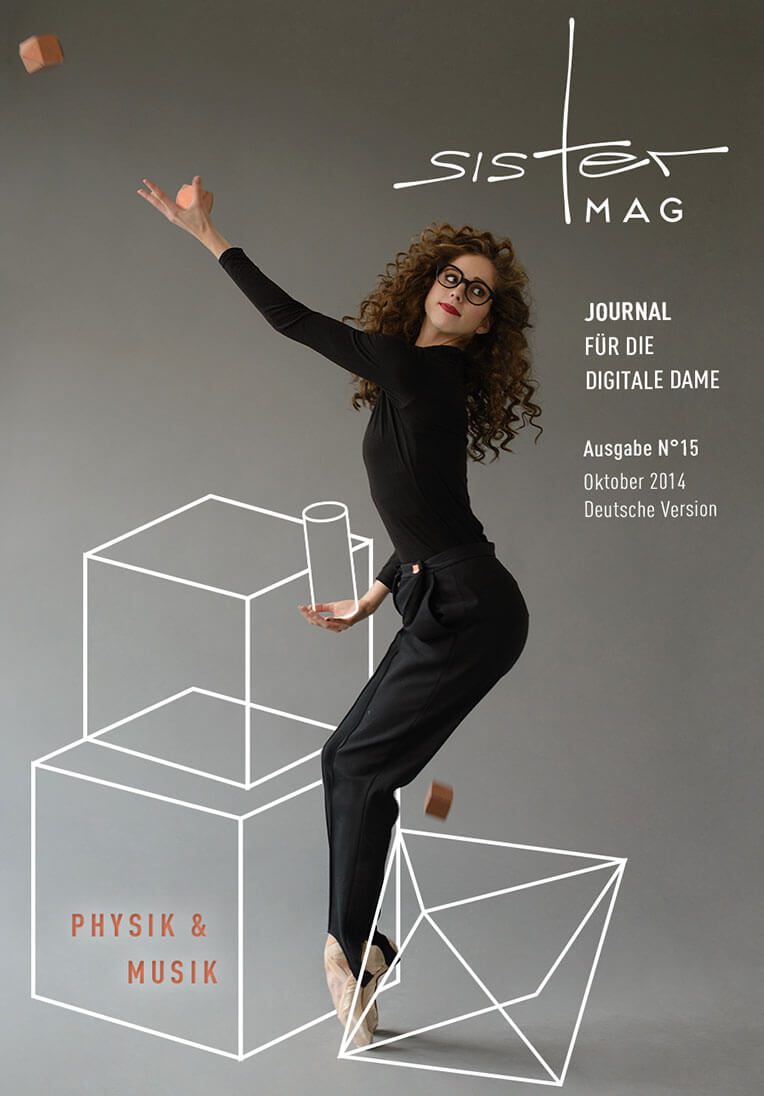 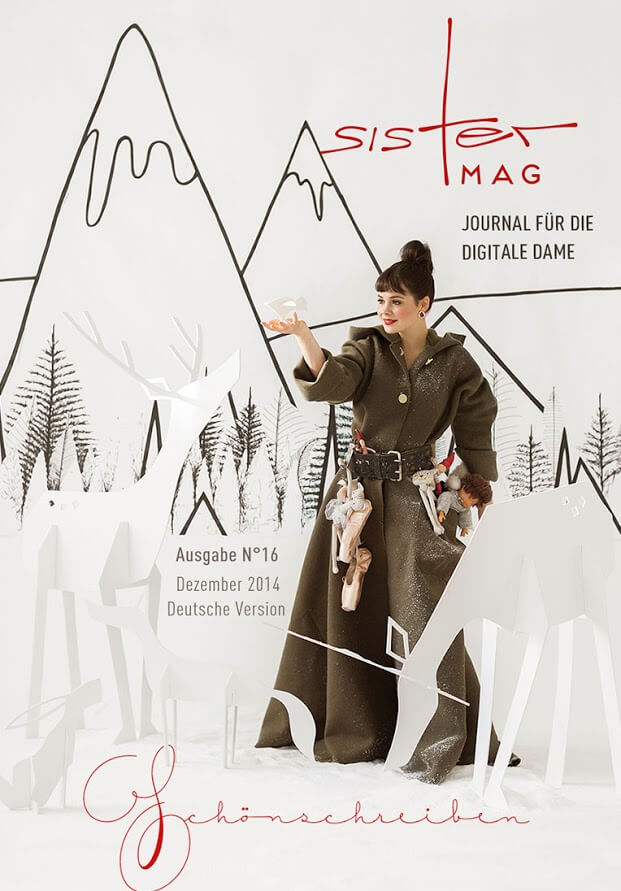 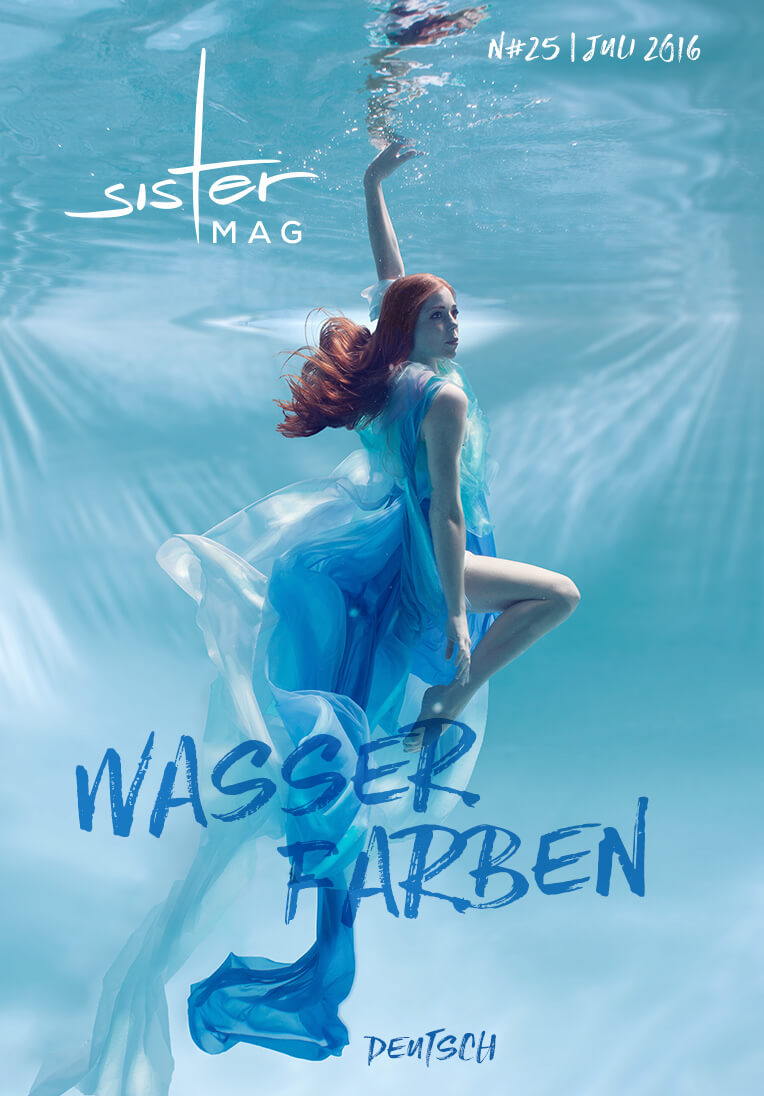 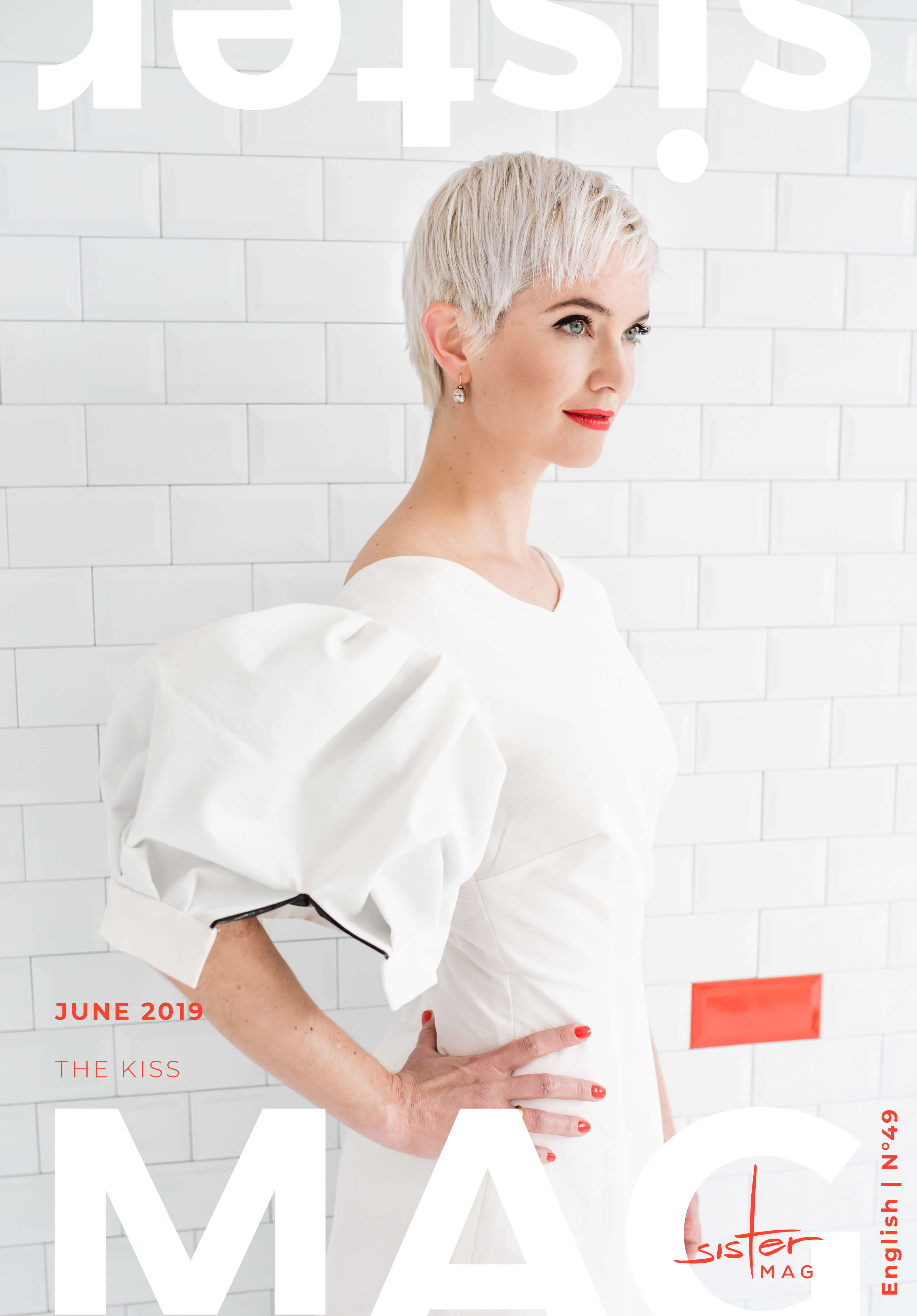 sisterMAG 10 was shot at the end of 2013 with Ashley Ludaescher as photographer, Lena Schleweis as hair and make-up artist and Dani Uhrich from the blog »Lady-Blog« as the model. The dress was 100% adapted to the theme of the issue »King Queen Knave« after Nabokov and consisted of hundreds of playing cards, which Evi glued to the slip dress underneath all individually. A particular challenge in the production was the procurement of the playing cards. We had to search not only one, but several shops to get all the required cards together and were looked at by the shopkeepers very strangely.

The cover of sisterMAG 15 is insofar special that it is (almost) the only cover for which Evi did not tailor the outfit and Diana Patient from London was the photographer. For number 15 we wanted to »make things very differently« and showed the themes of the issue – music and physics – through the dance movement of the model (the wonderful ballerina Danielle Muir from the Staatsballet Berlin) and the geometric copper objects (produced by the father of our former colleague Sandra Rothfeld).

sisterMAG N°16 is still one of our favorite covers as it is a co-production of two of our favorite contributors who are both no longer living in Germany. Not only was Ashley Ludaescher – right before she moved back to California permanently – the photographer, the »Santa Lady« on the cover is one of our creative all-round talents with Alice Williamson. Not only was she the model, she also made the white dream animals that populate the picture and drew the background.

For the underwater cover of sisterMAG 25 our model had to spend almost eight hours in a swimming pool in Kreuzberg. A production that definitely showed us how difficult it is to deal with such forces of nature. The lifeguard Verena Pickert mastered this task with flying colors and our photographer Christina Sandrock inspired everyone with her endless energy! We love the results, which not only showed on the cover, but also in the partnership feature with Vichy.

For sisterMAG 49 we discovered our cover model Julia Sophie Wagner at a concert at the Konzerthaus am Gendarmenmarkt. A few emails back and forth and she was already standing in front of us as an expressive character model for the cover to Klimt’s »The Kiss«. Thea and Toni’s parents, Evi and Mick, simply put the tile wall into the studio – just enough to let Cris shoot the picture.

Even though we produce many covers in the studio, we especially like to travel for our covers to an unknown and distant area. For these 5 covers we traveled the furthest: 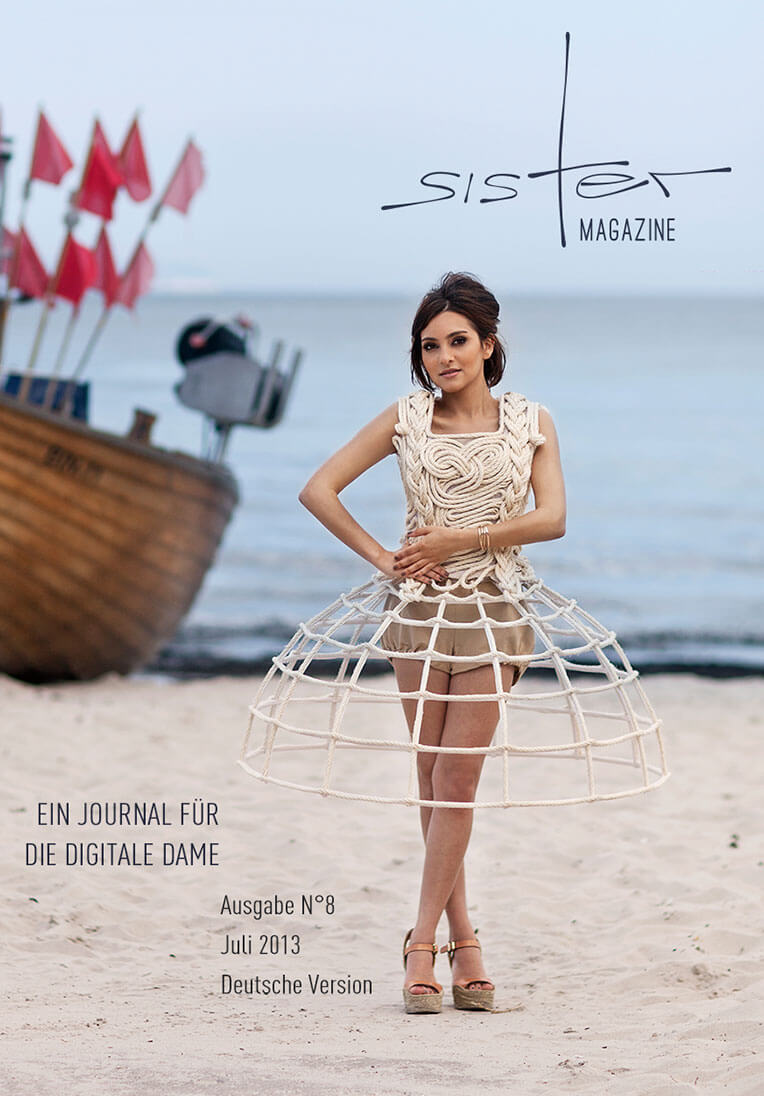 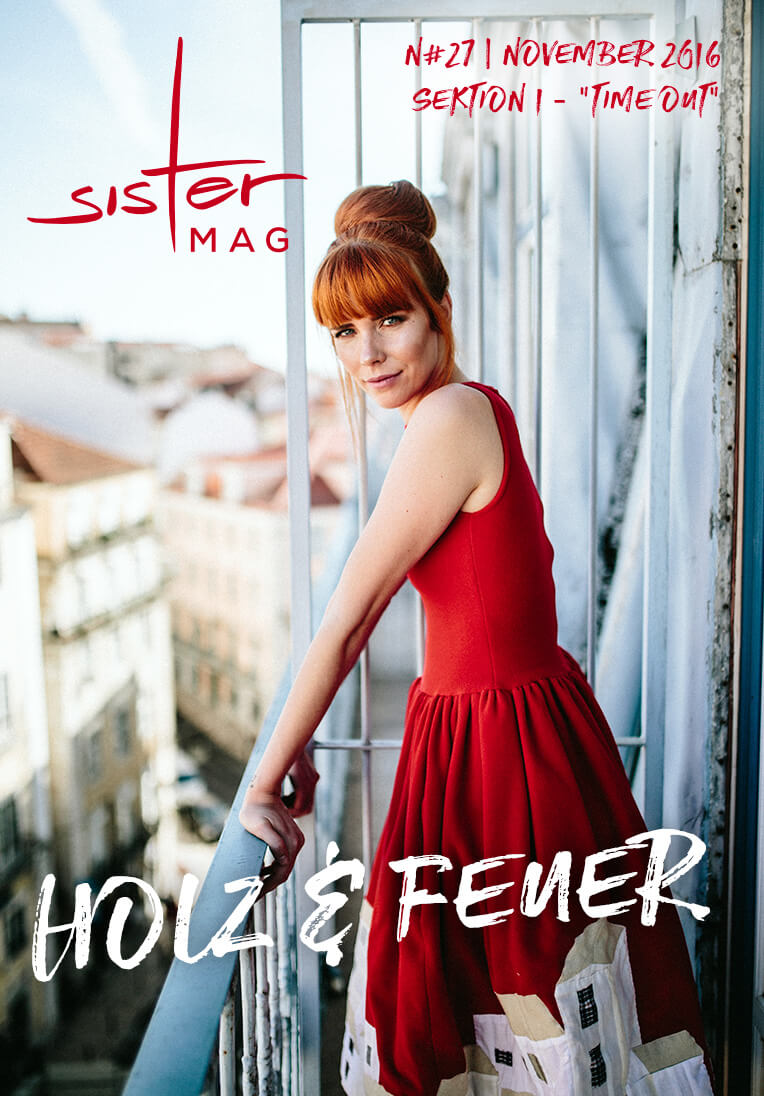 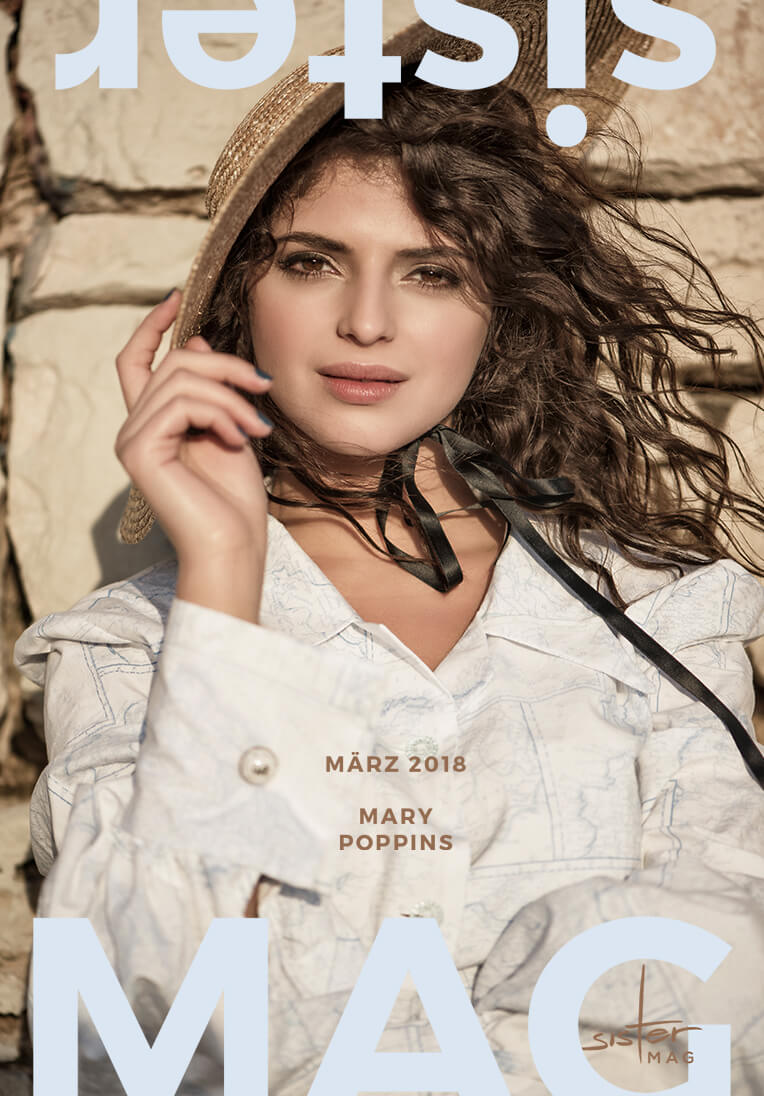 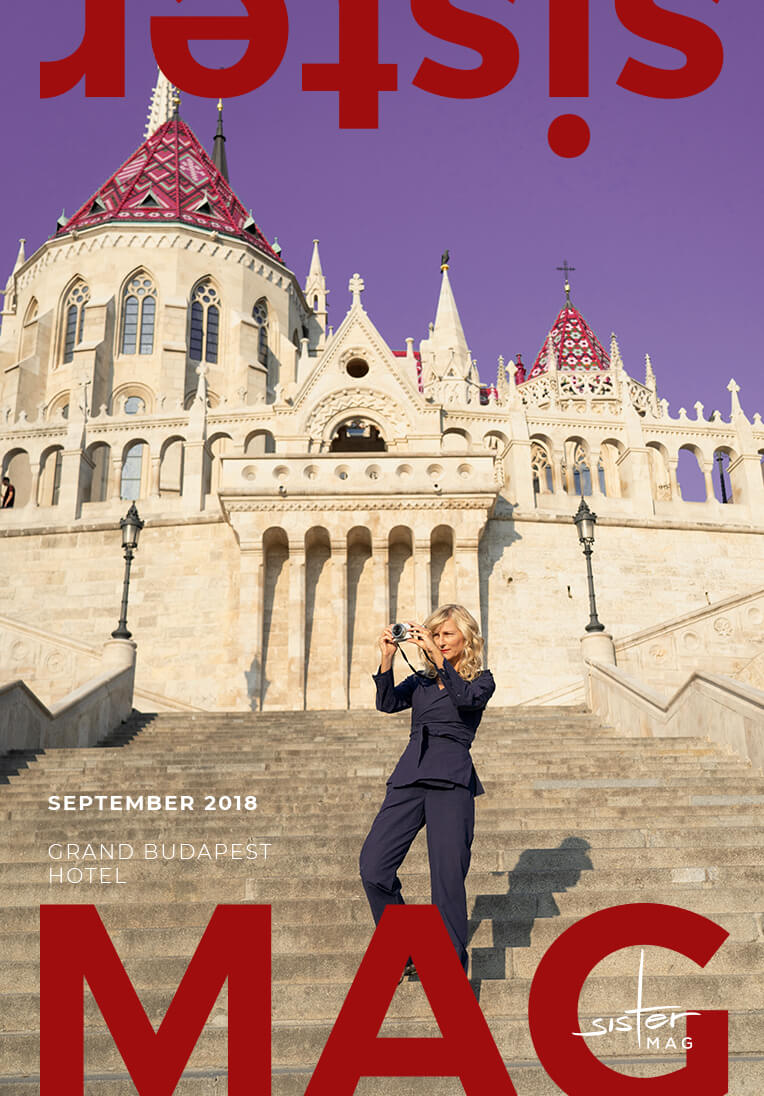 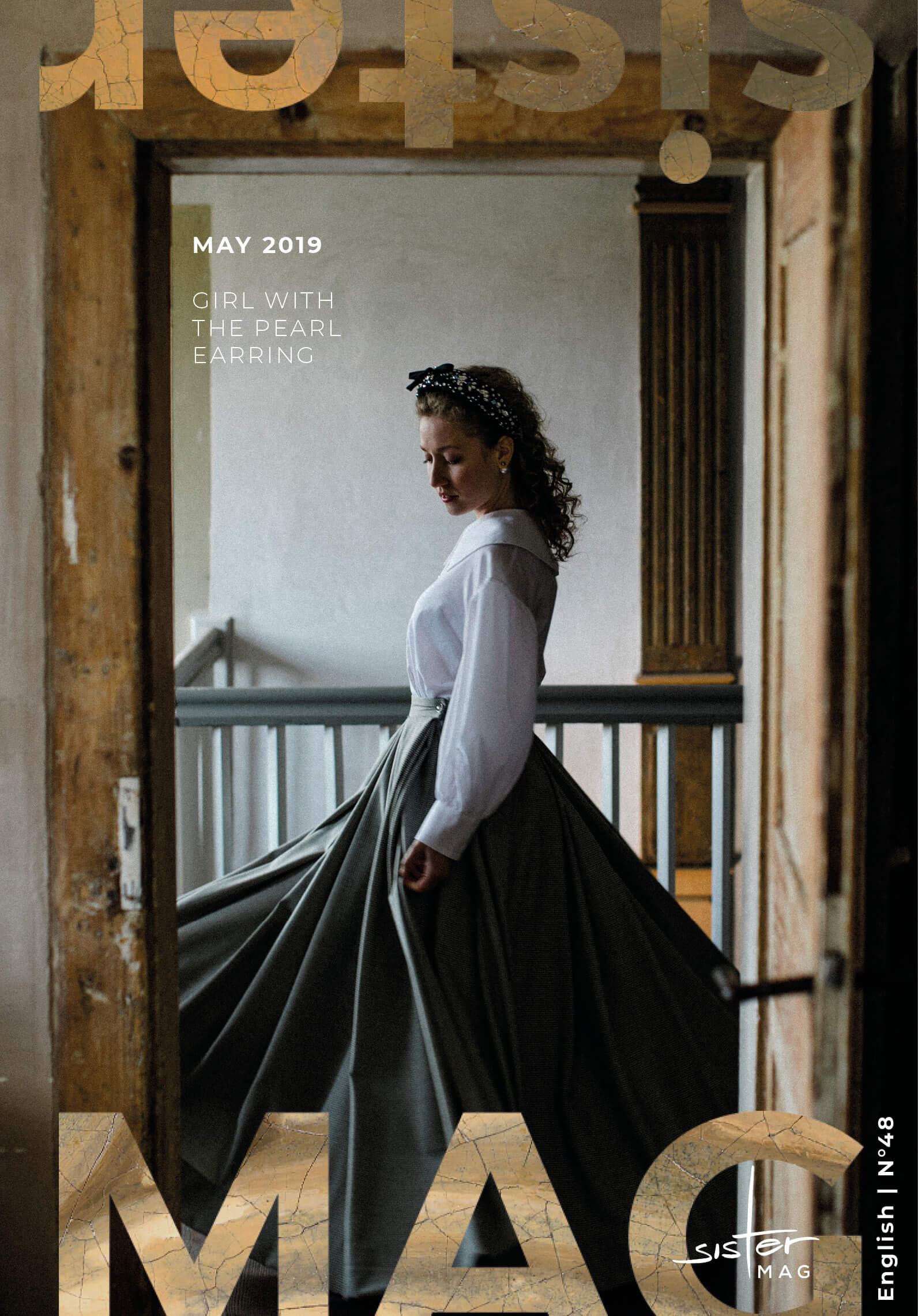 Farthest was the journey for sisterMAG 27-1 to -3, which was shot in Lisbon. Just under 2,800 km separate Berlin from Lisbon. Shortly behind is sisterMAG 35, which was produced in Modica, Sicily with 2,400 km. sisterMAG 41 in Budapest was already much closer with 900 km and actually »in the neighborhood« were sisterMAG 48 in Breitungen / Thuringia with 370 km and sisterMAG 8 with Binz on the isle of Rügen at the Baltic Sea with 310 km. 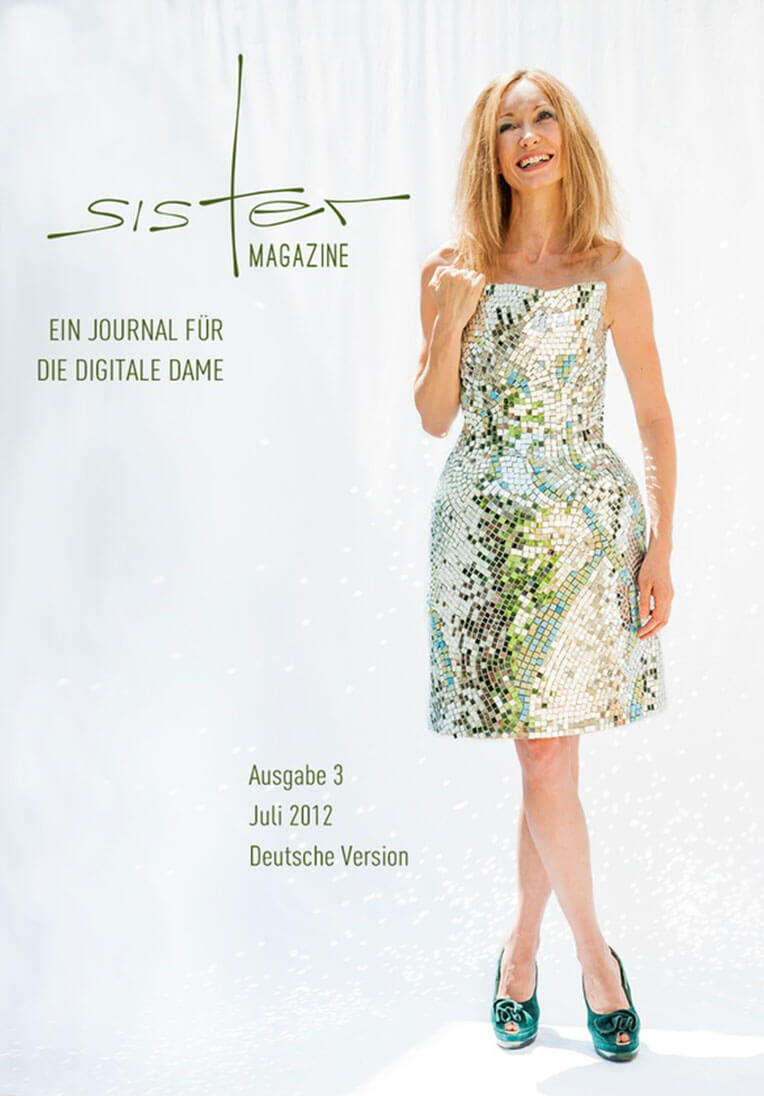 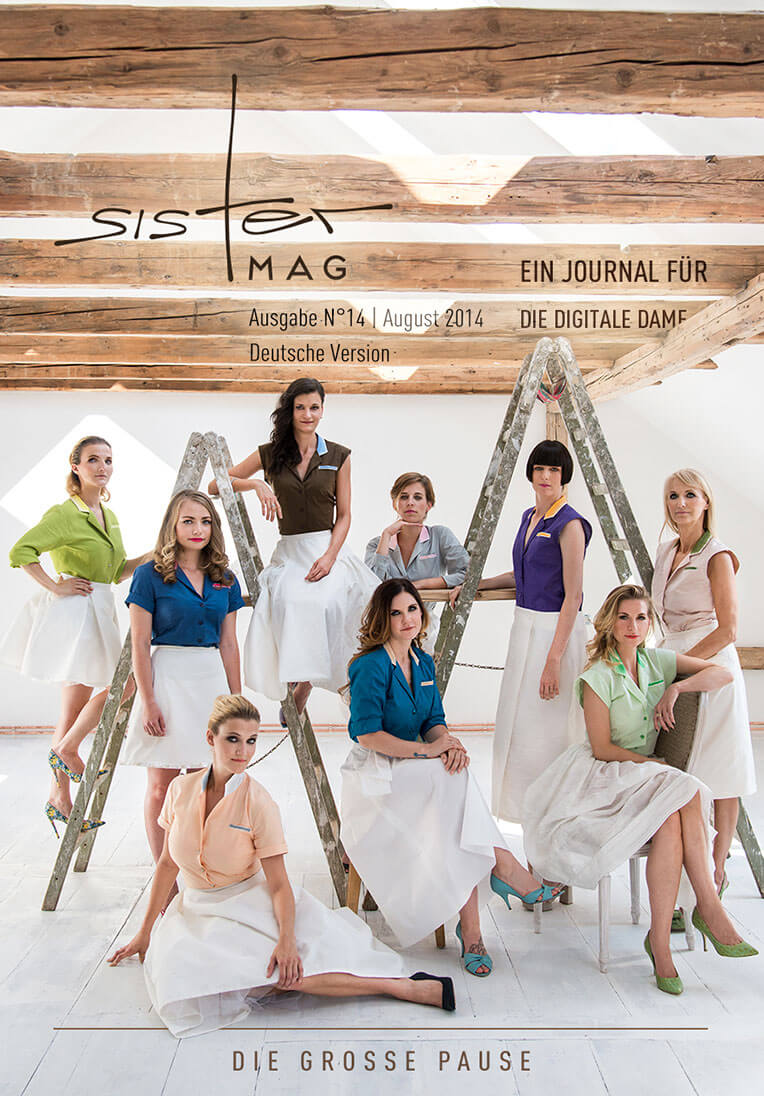 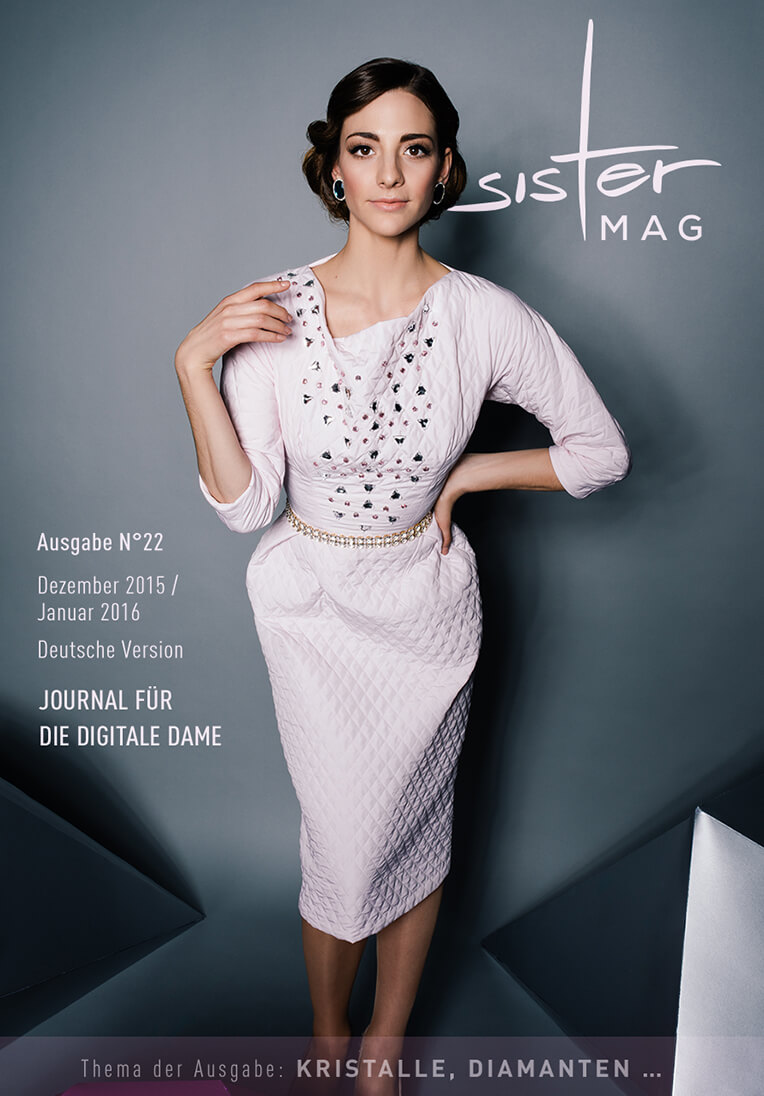 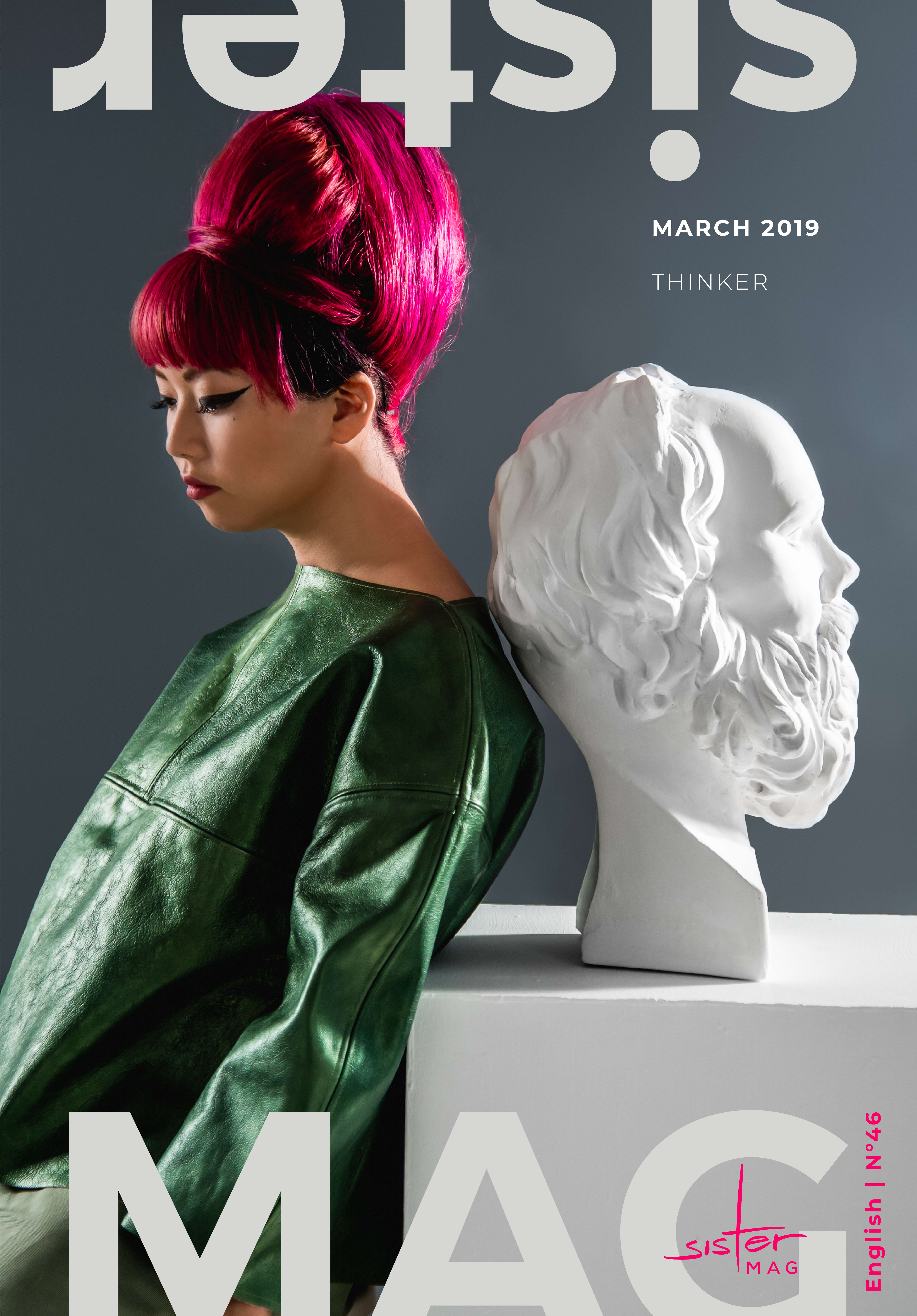 Photographer and videographer Cristopher Santos not only realized the most projects with us by far (his contributions fill more than 100 lines of our Excel spreadsheet), but he also shot the most covers – 10 in total. It all started with the mirror dress for sisterMAG 3 shortly after moving from Canada to Berlin. The shoot was still done in our parents’ garden in Freiberg. A big milestone was sisterMAG 14 in August 2014, for which we brought the sisterMAG team and some of the most important creative minds in front of the camera. A task that required a lot of sensibility, which he mastered with flying colors. This was followed by many great productions like sisterMAG 22 with Caroline Bird or sisterMAG 30 with the sisters Vanessa Remoquillo & Valerie Remoquillo-Jenni, who became lasting friends and admirers of Cris. This year he staged two models with Rae Tilly and Julia Sophie Wagner, who inspire by their particularly strong poses. We cannot really choose a winning cover because we love all of them!

In the next blog post, we will show you the craziest materials we have used to make the covers, and which covers got the most Instagram likes. Also read here the first part of our series about »The creation of the sisterMAG cover«.

Once again, the time has come to show you our selection of Christmas calendars. At the sisterMAG office, we’re huge fans of small presents during the holiday season – and we’re sure that fiancés, kids, friends and parents alike would also love a special Christmas calendar to count down the days to Christmas. Our list contains several sparkly calendars with online instructions. Come back tomorrow to see how we’d fill them! There’s still enough time to get going and make these beautiful Christmas calendars on a weekend!